Armenia to effectively require COVID vaccinations for all employees

The new rules come as the country is trying to stave off a third wave of the virus and vaccination numbers remain in the low single digits. 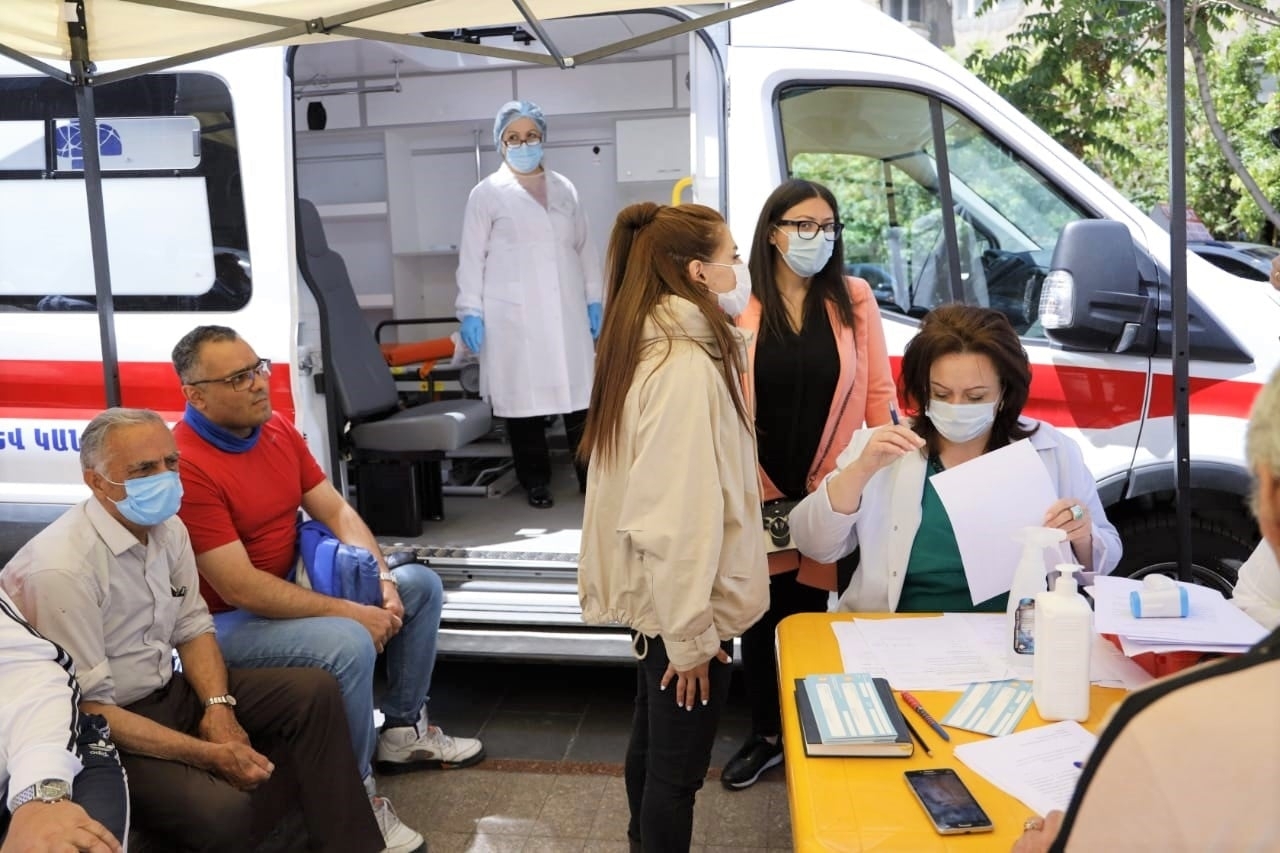 In less than a month, nearly anyone with a job in Armenia will have to either be vaccinated against COVID-19 or submit to regular tests at their own expense.

On August 20, the government issued new regulations mandating that employers must get either a COVID vaccination certificate from each employee, or the employee must submit the results of a PCR test every 14 days. The regulations apply to all government workers and a long list of private sector businesses that encompasses nearly all spheres of the economy. Pregnant woman and those who can’t get vaccinated for medical reasons will be exempted.

“We have set October 1 [as a deadline] so that we will not have queues and waste extra time," Minister of Health Anahit Avanesyan said in an interview with official media on September 6.

It will be an uphill struggle: As of the end of August, the last time figures were released, less than 5 percent of Armenia’s population had been vaccinated. Even that is likely an over count as the government effort to make vaccines widely available attracted many foreigners, to the point that the government had to tighten regulations because so many Iranian tourists were coming for vaccinations. The government figures don’t disaggregate vaccinations given to Armenian citizens and to foreigners.

On top of that, many Armenians remain skeptical of the vaccines: In a poll from the International Republican Institute conducted in July and released on September 6, more than 50 percent of respondents said they “definitely” or “probably” won’t get vaccinated.

Meanwhile, a single PCR test generally costs 15,000 drams ($30), about a quarter of Armenia’s monthly minimum salary. In addition, inflation has been spiking and the spike in food prices is the highest the country has recorded since the 1990s.

That leaves the highly anti-vaccine Armenian population little choice but to vaccinate.

Armenian social media has become full of angry commenters who don’t want to be forced to get a jab. One news story about the requirement posted on Facebook spawned a heated discussion. “The government has no right to get into my system and mutate it," one user wrote. "Let's all just leave our jobs; that way they can't fire everyone," another suggested.

The new requirement comes as COVID cases in Armenia are rising, and a new wave is something the country can ill afford. On September 1, the country recorded 636 new cases and 19 coronavirus-linked deaths, an infection rate about double the month before and the highest single-day death toll from COVID-19 in months. Since May 2020 the country has had very few restrictions and what regulations do remain are widely flouted; masks are almost never seen.