Starting in July, all major transactions will have to be made electronically. But some are skeptical of how it will all work. 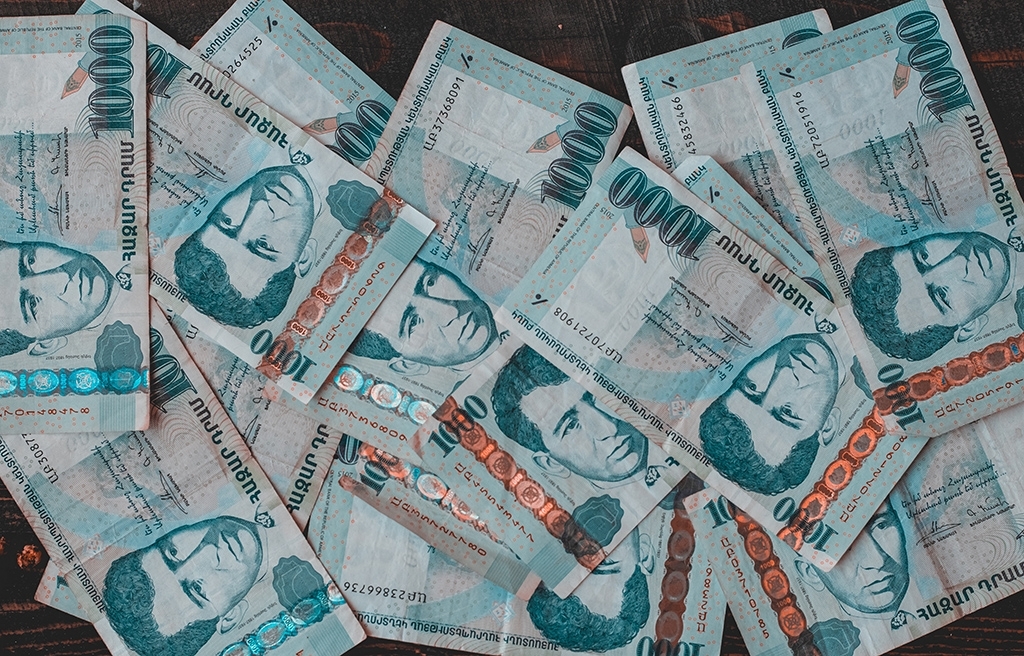 Soon to be a thing of the past? (Shutterstock)

Most major transactions in Armenia – buying a car or even a house – typically are conducted in cash, with buyers handing over a thick stack of bills, usually dollars.

But no more: Under a new law all big purchases will have to be made electronically, either through a mobile payment app or via a wire transfer at a bank.

And for now, at least, that will come with a steep fee: Banks charge between 1.5 and 3 percent for the transactions.

The law also prohibits local and central government bodies from making or taking any payments in cash. Some institutions like hospitals, universities, and notaries will go completely cashless. Pensions and salaries will have to be paid via banks – even pawnshop loans, as well. And transactions made illicitly in cash can be annulled.

“Let no one think that we want to complicate people's lives, on the contrary, we want to simplify people's lives,” Prime Minister Nikol Pashinyan said in a June 2 cabinet meeting where the bill was discussed. "There are also fiscal and anti-corruption effects here.”

Under Pashinyan, the government began a campaign to reduce the off-the-books shadow economy starting in 2019. It now requires small businesses to issue receipts and to officially register all employees, and starting in 2024 all Armenians will have to declare their income to the government.

“The restrictions on cash transactions can help reduce the level of the shadow economy, since transfers can’t be made in foreign currencies, which is a common practice,” Vilen Khachatryan, head of the Department of Management at the Armenian Academy of Public Administration told local news website Panorama.am.

But many anticipate logistical challenges, as there are questions about whether the banking system can handle what will be a large increase in electronic transactions, whether trust can be maintained without cash, or how people will try to circumvent the rules.

People may come up with creative ways to evade the regulation, the director of the real estate agency Kentron, Vahe Danielyan, told RFE/RL. “Buyers and sellers may formalize their deals as ‘donations’ and do them in cash to avoid taxes,” he said.

“The banking system, because of the increased number of transactions, needs to be able to provide fast service and improve in quality,” Khachatryan said.

Bank fees on these transactions currently amount to between 1.5 and 3 percent, representing a significant cost for consumers and a windfall for banks. But the Central Bank of Armenia was “negotiating” with banks to reduce the fees, Hovhannes Khachatryan, the bank’s deputy chair, told reporters on June 16.

Khachatryan also promised to make sure that businesses that don’t currently have payment terminals can get them, saying the central bank is working with private banks to ensure access.