The country has been without a national airline since 2013, when the last one went bankrupt. Many argued that not having one was a national security risk. 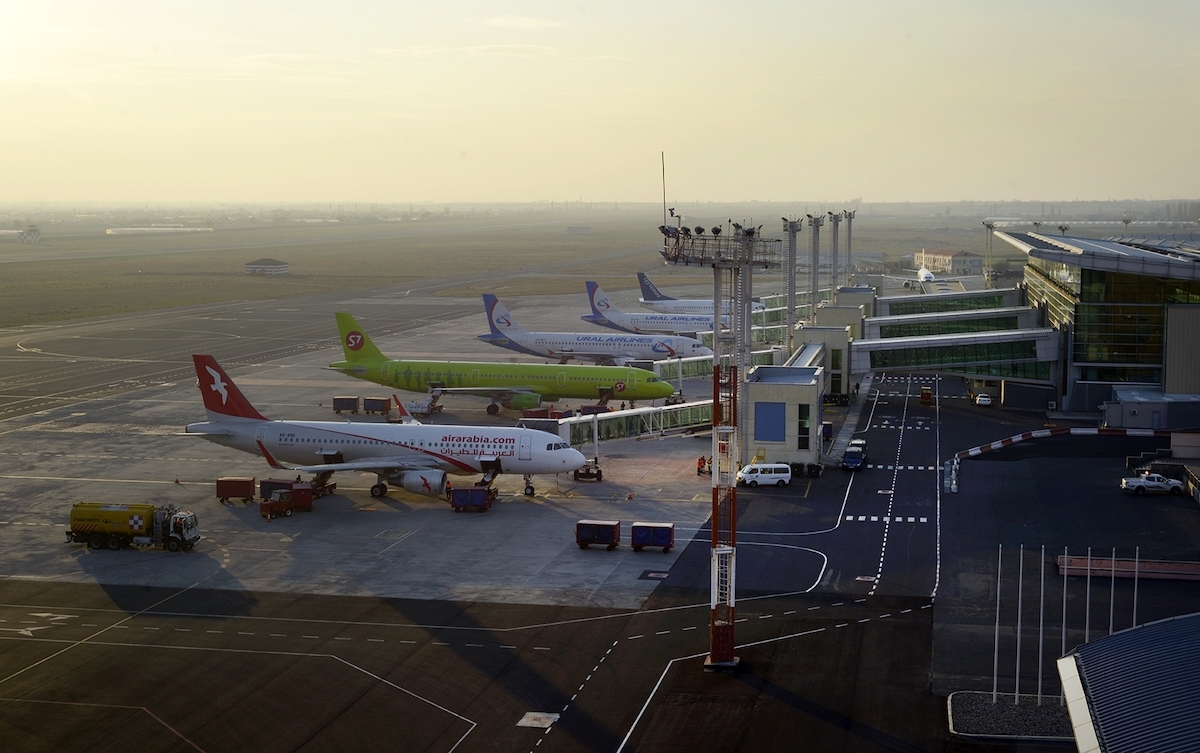 Armenia is setting up a new national airline following nearly a decade without a flag carrier.

"Armenia is currently facing a challenging period. We appreciate our friends who stand with us, especially at this stage, to start new cooperation, a new project in Armenia,” Sarkissian said at the signing.

The contract is between Air Arabia and the state-run Armenian National Interests Fund, and it will establish an independent joint venture. The officials said the new national airline will be low-cost and based at Yerevan’s Zvartnots International Airport. The airline does not yet have a name; Armenian officials said they would be taking emailed suggestions from citizens.

The airline should launch flights in 2022, the officials said. It’s not yet clear which destinations it will serve.

“Our vision for Armenia is to improve air connectivity significantly and as a result bring economic growth and jobs to the country,” said Tatevik Revazyan, chair of Armenia’s Civil Aviation Committee. “Having a strong national low-cost airline is essential for developing Armenia's air transport sector, especially as a tool to recover faster from the COVID-19 crisis.”

Discussions about creating a national airline have been underway since shortly after Prime Minister Nikol Pashinyan took power in 2018.

Pashinyan and Revazyan, who assumed her post in July 2018, have repeatedly voiced skepticism about creating a national airline that would potentially have to be subsidized by the state. "Are we ready to have an airline that will fly empty?” she rhetorically asked reporters in December 2020. “Are we ready to bear the cost as a state?"

The concerns were not entirely unfounded. The previous national airline, Armavia, which was owned by oligarch Mikhail Baghdasarov and had a 10-year exclusive right to domestic and international routes, declared bankruptcy in 2013. The fact that Armavia operated with such advantages and still went under tarnished Armenia’s reputation in global aviation circles and so the country needed to proceed cautiously, Revazyan said in 2019. “Now we have two [private] Armenian airlines, but before we give them the status of a national airline we need to give them time to prove themselves,” she said.

Many have been arguing more strongly that Armenia needed a national airline.

In 2013, when Armavia went under, the former head of the Civil Aviation Agency Shahen Petrosyan said it was a matter of national security. “We are in such a situation that if there is any disaster in Armenia, or a war, no one will fly to our country,” he told RFE/RL at the time. That fear was borne out during last year’s war with Azerbaijan, when some airlines suspended service. “Not having a national air carrier during emergencies can lead to Armenia’s isolation,” the news website Ampop.am wrote on July 2. “Armenia needs first of all to reduce the risk of isolation threatening our country and the market and to prevent possible price increases.”

Former president Robert Kocharyan, while he was running in June elections to replace Pashinyan, criticized the government’s aviation strategy. "Armenia needs to have a national air carrier,” he said during a June 10 press conference. “During the war, everyone realized that this was a big problem,” he added, without elaborating. During his tenure Armavia flew seven flights daily to Europe alone, he said.

He also took a shot at Revazyan, who assumed her post at age 30 and bills herself as the youngest head of a civil aviation agency in the world. “In the last three years, there is simply no government at all. From what I know, no one in that department has the slightest idea about aviation. In our country, if you've sold airline tickets, they can appoint you an aviation director," Kocharyan said.

Civil aviation has had a rocky run in the Pashinyan era, and its frequent stumbles have been a hot topic of discussion in Armenia. The European Union blacklisted seven private Armenia-based carriers in June 2020, saying they did not meet international safety standards.

And the Civil Aviation Committee was widely criticized for its uneven handling of a murky disappearance of a plane in 2021. The Boeing 737-300, operated by Fly Armenia Airways, was conducting a technical flight with no passengers on board sometime in February when the flight crew deviated from the planned flight path and flew to Varna airport, in Bulgaria, and then towards the United Arab Emirates before landing in Mehrabad airport in Iran. The plane’s story has still not been explained, but in response to reports that it had been sold to a customer in Iran, the U.S. embassy issued a statement reminding that selling U.S.-made aircraft to Iran would be a violation of American sanctions. The plane later returned to Armenia.

It also oversaw the arrival for the first time of European low-cost airlines flying to Armenia, with Ryanair and Wizz Air both starting flights to Yerevan in 2019. While both suspended flights during the COVID-19 pandemic, Wizz Air has since resumed flights. Ryanair has not.