Armenian exports to Russia are up nearly 50 percent in the first half of the year, and land transport routes via Georgia are overloaded. 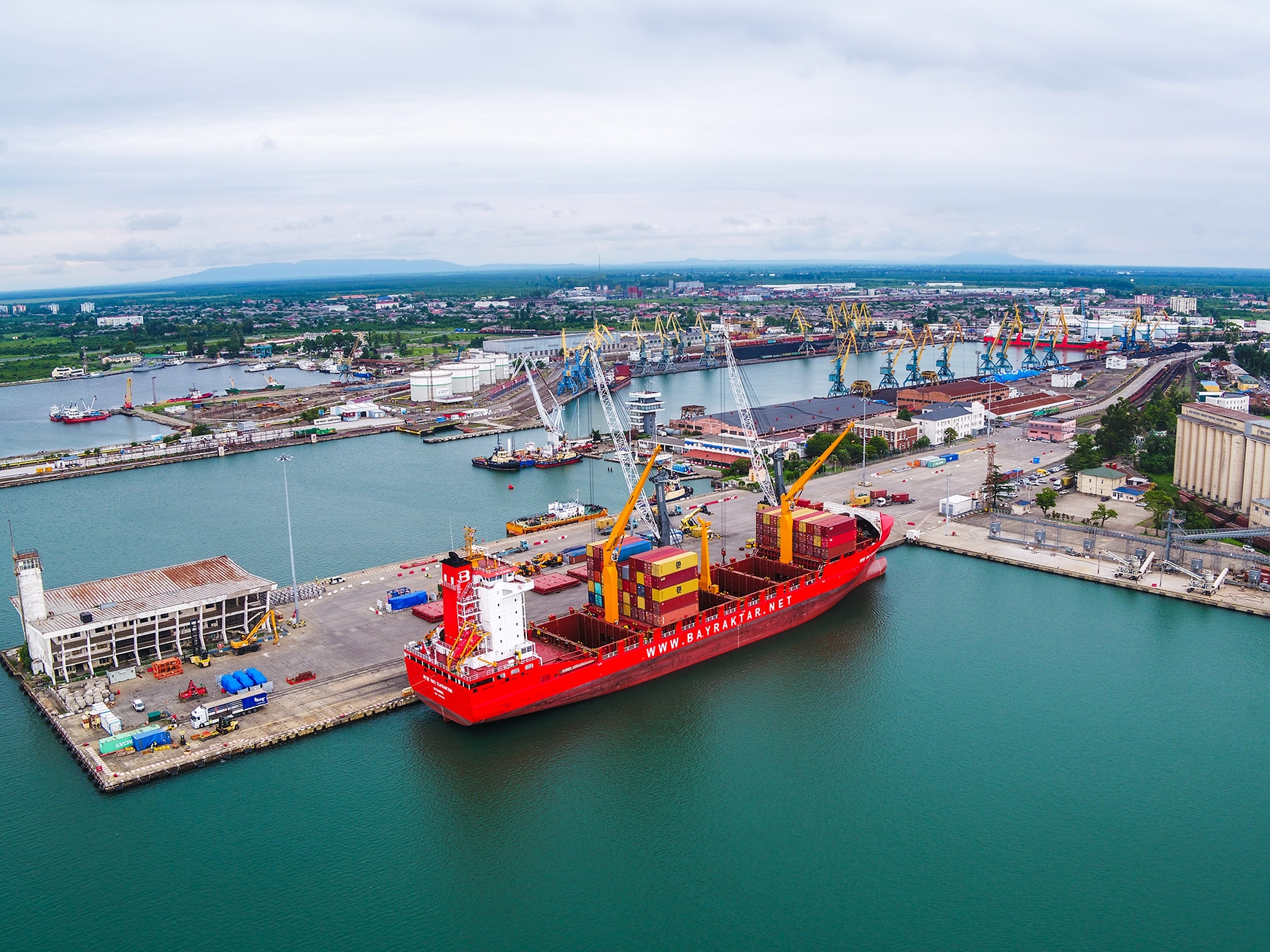 Amid a sharp rise in exports to Russia, Armenia is working to establish a new Black Sea ferry service from Georgia to Russia, officials have said.

While the inspiration for the new service seems to have been long-standing problems with bottlenecks at the Georgia-Russia border, it has taken on new significance and scrutiny in light of the war in Ukraine and the resulting international sanctions against Russia.

Armenia’s Economy Ministry said the service, from Georgia’s port of Poti to Kavkaz in Russia, was supposed to start on June 15 but now should start operating in August. "The launch of the ferry service is postponed mainly because of the sanctions against Russia,” Economy Minister Vahan Kerobyan told Sputnik Armenia. He did not elaborate on the connection with the sanctions.

Armenia is heavily reliant on Russia for trade, especially as a buyer of its agricultural products. The two countries don’t share a border, however, and overland traffic must go through Georgia. The road to the single border crossing between Georgia and Russia, Upper Lars, traverses a high pass in the Caucasus mountains and is vulnerable to weather-related closures.

"The average time for cargo transportation from Armenia to Russia [via Lars] is seven days, and it can be trimmed up to three days by the ferry,” the ministry told Sputnik Armenia on August 9.

Problems at the land border have been particularly acute this year.

Heavy rain in late June caused part of the highway on the Georgian side to wash away, forcing the road’s closure for several days. As a result, trucks exporting Armenian fruits and vegetables were stuck for days, just as the peak season was beginning, and much of the cargo spoiled.

“The biggest problems that the two countries [Armenia and Russia] face are connected with logistics,” Kerobyan said in a July interview with Russian news agency Tass. “There are huge lines at the Russia-Georgia border, more than a thousand Armenian trucks are standing there and it takes them 10 days to travel a distance that should take no more than five hours.”

Even before the road was closed, Georgian authorities and transport agencies were reporting significant increases in freight traffic along the road.

Meanwhile, Armenian trade with Russia has been sharply increasing. Armenian exports to Russia, its largest trade partner, grew 49 percent in the first half of 2022 compared with the same period last year. Imports grew 42 percent.

The big increase is likely due to an increase in re-exports to Russia via Armenia, economist Suren Parsyan told Eurasianet. “This year we have significant trade with Russia even with the problems at Lars in June and July,” he said.

Georgian exporters also have complained that Russian customs officials have been operating slowly, increasing wait times. “If 600 cars pass from [Georgia] per day, [Russia] manages about 300 of them,” Iva Chkhonia, the head of the Georgian Distributors Association, told Georgian news outlet Businesspressnews on May 21.

To deal with the delays, Georgian authorities came up with a solution in May to allow trucks loaded with perishable goods to skip ahead of other trucks, Businesspressnews reported.

Early in July, the Russian side reported opening 12 additional lanes on its side of the Lars border crossing, delivering on a promise to increase capacity at the border.

In Georgia, where the government has faced repeated questions from opposition politicians and media of possibly turning a blind eye to smuggling sanctioned goods to or from Russia, the long lines of foreign trucks at Lars have also led to political speculations. Georgian authorities have repeatedly denied the accusations, and Western diplomats in Tbilisi say they have seen no evidence that Georgia is helping Russia evade sanctions.

“All types of goods, including both military and dual-use as well as all those products that are on the sanctions lists of the countries participating in sanctions, are subject to strict customs controls,” the Revenue Service of the Georgian Finance Ministry said early in June in response to media speculations.

After the news about Armenia’s soon-to-be-launched ferry route connecting Georgia with Russia started circulating in August, the Maritime Transport Agency in Georgia issued a statement on August 12 justifying Georgia’s cooperation with the project.

“The Georgian transit corridor continues to work in the overloaded mode,” the agency said. “Processing transit cargo is often delayed by several weeks, which in terms of perishable goods and food, as well as essential products, poses significant challenges to the Republic of Armenia.”

For these reasons, the agency said, Armenia approached Georgia to consider an alternative sea route to handle such goods. According to the statement, Georgia is also a party to an international convention (the Convention on Transit Trade of Land-locked States) providing free and equal sea access for land-locked countries.

The ferry will likely remain only a backup route given the increased cost, Parsyan said. "The ferry is just an alternative trade route,” he said. “Land will remain the most cost-effective route. The ferry could be only profitable or preferable if the land border is closed and the government subsidizes half of the cost in the long term.”