As Azerbaijan talks diplomacy, Karabakh has been without gas for over a week. 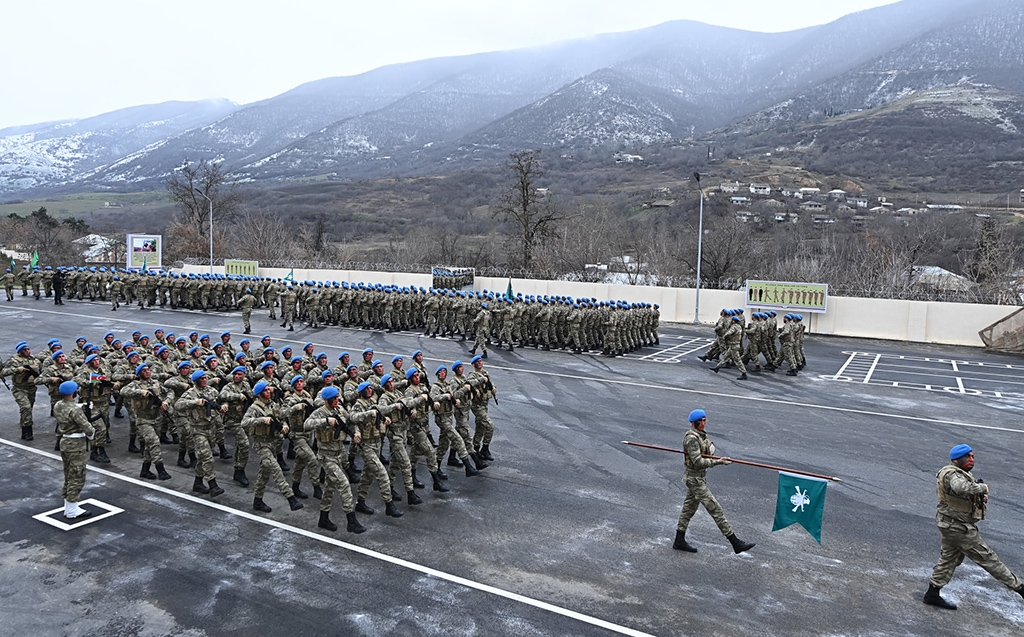 As tensions in Nagorno-Karabakh rise again, Azerbaijan has sent Armenia a five-point plan to normalize relations, calling the proposal a gesture of “goodwill.”

The plan calls on each side to recognize the other’s territorial integrity, abstain from threats, demarcate the border and open transportation links.

Left unaddressed is the status of Karabakh – territory internationally recognized as belonging to Azerbaijan – and of the ethnic Armenians who live there under the protection of some 2,000 Russian peacekeepers. During the 2020 war Azerbaijan regained much of the territory it had lost to Armenians in the first war between the two sides in the 1990s. But it continues to seek control over the remaining portion.

Armenia responded to Baku’s proposal on March 14 with an appeal for international mediation.

“It is paramount for the Armenian side that the rights and freedoms of the Armenians of Artsakh are guaranteed, and the status of Nagorno-Karabakh is finally clarified. For us, the Nagorno-Karabakh conflict is not a territorial issue, but a matter of rights,” Foreign Minister Ararat Mirzoyan told the state news agency, using an Armenian name for Karabakh.

Azerbaijani independent news outlet Turan interpreted Mirzoyan's statement as a signal of readiness “to recognize Karabakh as part of Azerbaijan, with demands that the Armenians be guaranteed status and security.”

Others now fear that the two sides will be forced to take more maximalist positions.

Olesya Vartanyan, senior analyst with Crisis Group, tweeted that the exchange of statements between Baku and Yerevan “indicates that no resumption of the official talks is in sight. This is because they publicly revealed the details of weeks and months of discussions on how to return to negotiations."

Meanwhile, violence has increased around Karabakh since Russia became bogged down in its invasion of Ukraine.

Azerbaijani forces shelled the village of Khnapat on March 11, while residents of the village of Taghavard reported hearing messages broadcast over loudspeakers by Azerbaijan troops telling them to evacuate. On March 14, Russian peacekeepers adopted the same tactic, projecting messages saying: “Do not open fire. Do not provoke. Do not create conflicts. […] Remember that your families are waiting for you alive and well.”

A critical gas pipeline supplying Karabakh also has been damaged – by the Azerbaijanis, the Karabakh authorities say – leaving the population without heating since March 8.

Armenian Prime Minister Nikol Pashinyan spoke with American Secretary of State Anthony Blinken on March 14. According to Pashinyan’s office, the two agreed that negotiations must continue through the OSCE Minsk Group, which has hosted talks since the 1990s.