Articles on the U.S. Embassy-sponsored website call COVID-19 a "fake pandemic" and oppose vaccines. Health experts warn it could make the crisis worse. 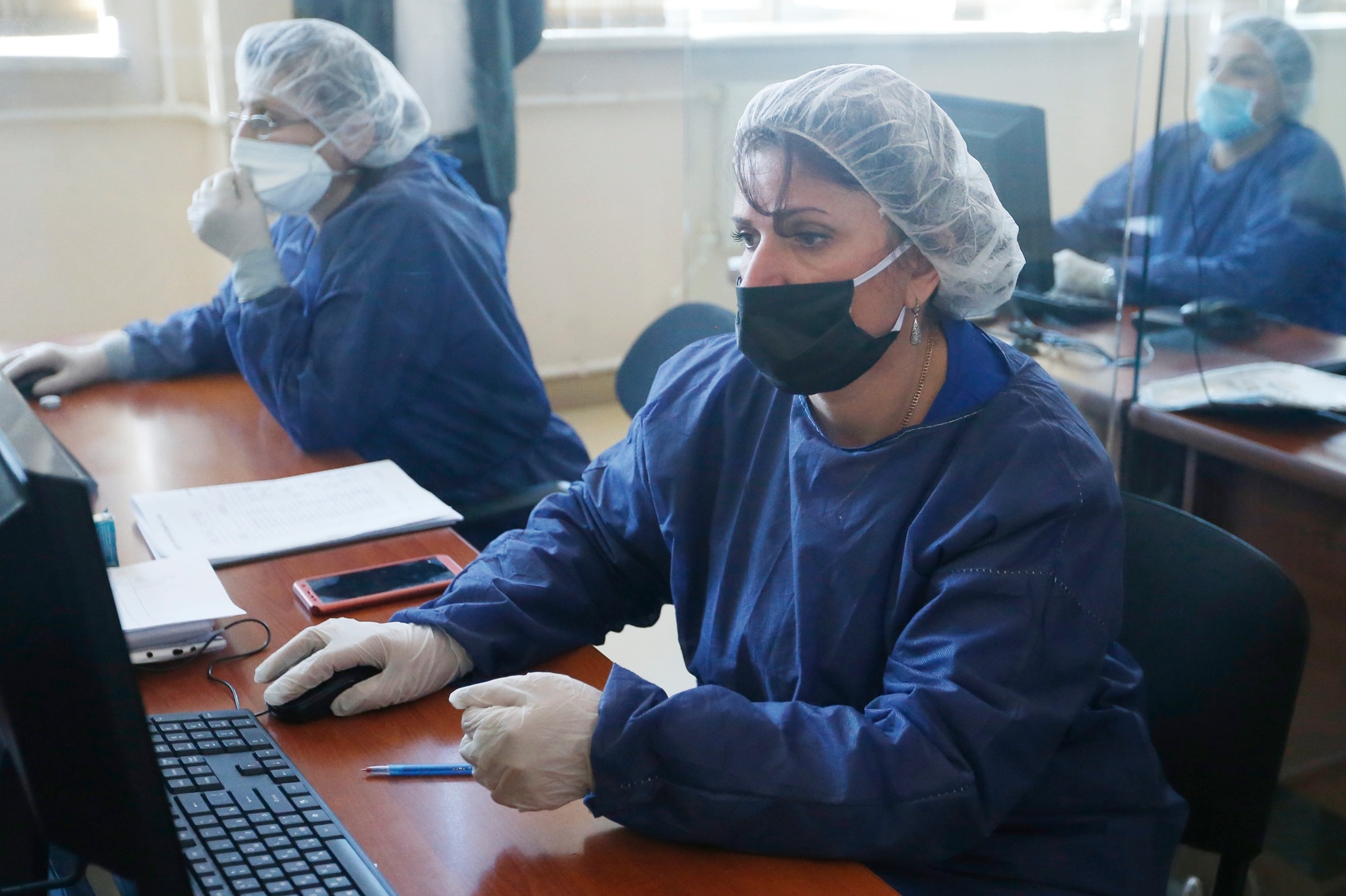 This is an edited version of an article that was first published by openDemocracy’s Tracking the Backlash project.

Public health experts in the U.S. and Armenia denounced this content – which includes claims that vaccines being developed are actually “biological weapons.”

The website, Medmedia.am, was launched last year – amid a mushrooming of new ultra-conservative groups following Armenia’s 2018 ‘velvet revolution’ – by an NGO led by a locally well-known doctor with anti-LGBT views and far-right connections.

It was established with money from the Democracy Commission Small Grants program, awarded to the NGO by the U.S. Embassy in Armenia last year. These grants, intended to “promote democracy,” are worth up to $50,000 a year.

In May, the site’s most-read page called on Armenians to “refuse all potential [COVID-19] vaccination programs.” It has had 131,000 views and 28,000 social media likes (big numbers in a country with a population of less than 3 million).

The second most popular piece claims incorrectly that a morgue offered 100,000 AMD ($205) to a dead patient’s relatives to say the death was caused by COVID-19. Other recent pieces have described COVID-19 as a “fake pandemic.”

Paul Offit, a U.S. doctor, immunology expert and co-inventor of a vaccine against rotavirus (a leading cause of severe diarrhea in children under 5 years old), told openDemocracy: “I think that this misinformation is incredibly dangerous.”

Those pushing false claims during the crisis “are trying to sow havoc,” she said, “and cut the demand for the vaccine long before it is even developed.”

“Such misinformation could worsen COVID-19 infections”

Armenia has just over 7,700 coronavirus cases to date – but this number has more than tripled from around 2,200 at the start of May. Infections are rising, and on May 25 the country reported a single-day record of 452 new cases.

Officials fear that conspiracy theories could impede the country’s COVID-19 response – and its recovery. Health Minister Arsen Torosyan said that “if the anti-vax campaign continues at the same pace, Armenia will criminalize it.”

Sahakyan added that the country already saw a drop in childhood vaccination rates in 2019 as anti-vax theories spread before coronavirus.

‘This should be a wake-up call’

A disclaimer at the bottom of the Medmedia.am website says that it has been “funded through a Department of State Public Affairs Section grant” but that its articles “do not necessarily reflect” the views of the U.S. government.

The U.S. Embassy in Yerevan, Armenia’s capital, confirmed that Medmedia.am was “created” last year under a grant it gave to a local NGO. But it would not confirm the exact value of this grant or comment on the misinformation published on the website.

Medmedia.am publishes short news articles, videos and interviews on a range of topics including nutrition and dental health. But there is no masthead page listing its editors and reporters; few of its articles have bylines; and no other funders are disclosed.

Its most popular pieces are opinion articles – most of which are republished Facebook posts (which is not uncommon in Armenian media).

Over the last month, Medmedia.am has republished dozens of these posts including incorrect or unverified information about COVID-19 or vaccines, which have been laid out on article pages with photographs, headlines and “Med Media” in the byline.

At the bottom of these pages are links to the original Facebook posts, which show that many were written by the same people – and that they’ve received far more attention via Medmedia.am than they would have on Facebook alone.

The above-mentioned most popular piece had only 129 likes on the social platform before Medmedia.am reposted it (giving it 131,000 views on the website).

Claire Wardle, misinformation expert and director of First Draft News, a U.S. non-profit, said: “There is no excuse for a professional ‘news site’ to be pushing these kinds of theories […] People are more likely to believe it and then share with others as they would believe it had been checked out by an ‘official source’.”

Wardle said that the U.S. government seems to be “supporting information initiatives globally, without the capacity to undertake adequate oversight.”

“This example should be a wake-up call, that dangerous conspiracies and rumors are being pushed by multiple actors, and there is a need to remain vigilant.”

The NGO that received the U.S. Embassy grant, and launched Medmedia.am, is called the Armenian Association of Young Doctors, founded by a young urologist, Gevorg Grigoryan.

Last year he claimed, incorrectly, that the human papillomavirus (HPV) vaccine (which, among other things, protects women from cervical cancer) is intended for gay people – and that its side effects are riskier than cancer rates.

On social media, he has also previously said that "gays should be burnt and in a public place" and that he will “always be one of those who fight against homosexuality.”

He is connected to local far-right activists too. Recently, he launched a new NGO whose co-founders include a member of the far-right movement VETO that was established last year following the 2018 velvet revolution.

In 2019, Grigoryan founded the Armenian National Health Council, which has also campaigned against the HPV vaccine and appealed for citizens to oppose its “spread.”

U.S. backing – and EU money too

This council has benefited from foreign funding as well. It was set up with money from a European Union-funded project which said it aimed to unite Armenian civil society organizations and enhance their influence over the public policy process.

The EU delegation to Armenia told openDemocracy that almost 10,000 euros in EU funds from this project were sub-granted by another NGO to the Armenian Association of Young Doctors, the group that set up Medmedia.am and also received U.S. money.

It said that this association, along with 14 other local groups, then established the council which “was not directly supported by the EU” and whose position on vaccines was “developed well after the end of the EU-funded grant.”

“Through its funding the EU does not take responsibility for the opinions expressed by its grantees,” the delegation said, adding that it “strictly follows” World Health Organization recommendations during COVID-19 and that it is working to curb disinformation too.

The U.S. Embassy in Yerevan said that its grant to the Armenian Association of Young Doctors was for a project to increase transparency, accountability, and civil society monitoring of healthcare in Armenia, to “reduce corruption risks” in the sector.

It said the Medmedia.am website, “created as one of many components of the project, posts primarily official news, in addition to a variety of opinion pieces and interviews.”

It added that these opinions do not reflect the views of the U.S. government, and that the embassy “conducts periodic monitoring of all grants to ensure that projects proceed as intended and in accordance with U.S. policies and priorities.”

Grigoryan also confirmed to openDemocracy that the Medmedia.am website “was created within the framework of a grant program funded by the U.S. Embassy."

“Our website is also ready to cooperate with and implement a program aimed at increasing the coverage of vaccinations in our country,” Grigoryan added.

Tatev Hovhannisyan is an Armenian journalist and a health journalism fellow with openDemocracy.