Parliament voted it through only after ensuring that that MPs’ salaries wouldn’t increase as a result. 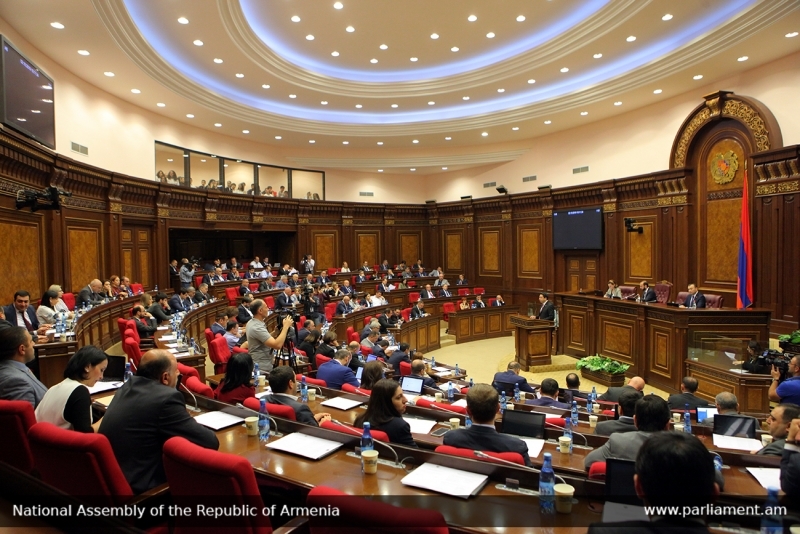 Armenia’s parliament has voted to raise the minimum wage by 23 percent, after amending the legislation to ensure that MPs wouldn’t personally profit from the measure.

On October 2, the parliament voted nearly unanimously on first reading to increase the minimum wage from 55,000 drams per month (about $115) to 68,000 drams (about $142). The measure would benefit about 57,000 Armenians in the public sector and 130,000 working in private enterprises, said Varazdat Karapetyan, a member of parliament from the ruling My Step coalition. The move would cost the state budget no more than two billion drams ($4.2 million), he said.

An earlier version of the bill would have affected the salaries of state officials, which are calculated based on a figure connected to the minimum salary. That would include salaries of members of parliament. To avoid giving themselves a raise, the law regulating government salaries was amended so that MPs wouldn’t benefit from the minimum wage hike.

“We do not want to raise our salaries, or that of other senior government officials,” said Babken Tunyan, a My Step member of parliament who wrote the bill, during a June debate on the measure. “We want people who get below the minimum subsistence amount to be the ones who benefit.”

“I assure you that MPs’ salaries will not rise,” Karapetyan said during the October 2 parliamentary debate on the bill. “It’s hard to say if that’s a good or bad thing,” joked Ararat Mirzoyan, the speaker of the parliament.

Armenia’s minimum wage was last raised in 2015. Tunyan, who regularly polls his Facebook followers to gauge public sentiment on various issues, asked in June if people supported the minimum wage rise; 89 percent did.

This is not the first measure the new government has taken to benefit lower-income Armenians. In July, Prime Minister Nikol Pashinyan announced that pensions would be increased by 10 percent starting next year. But other initiatives have favored higher-income Armenians, notably a flat income tax.

During the debate on the measure, MP Sergey Bagratyan from the opposition Prosperous Armenia faction asked whether raising the minimum wage wouldn’t encourage employers to take their workers off the books. But Karapetyan assured him that the new flat tax would reduce those temptations.