Armenia: Where Deforestation Is a Hidden Killer 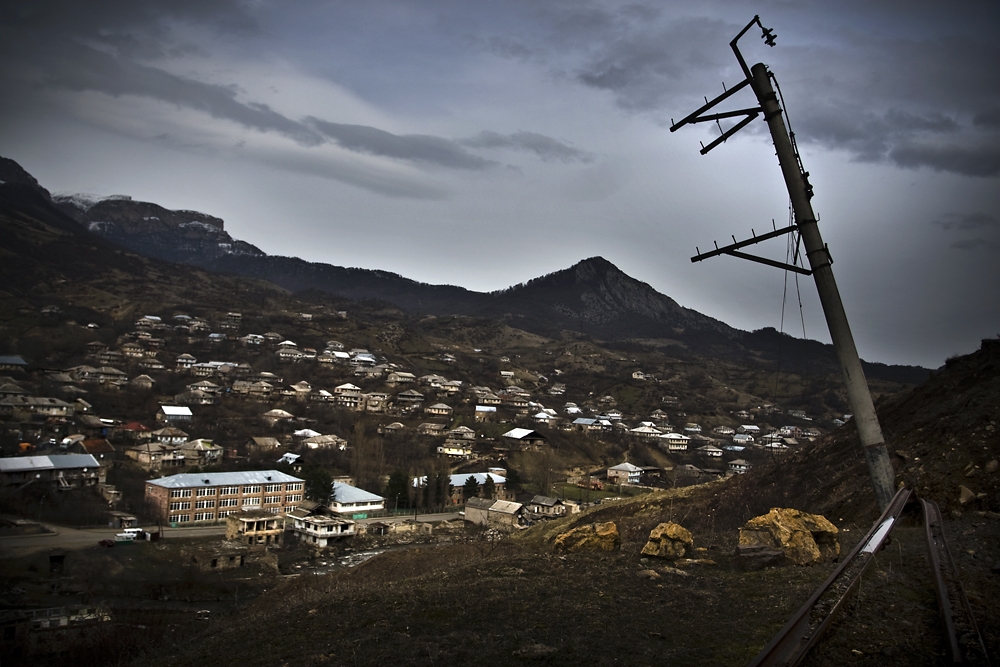 Some 233 communities are situated in active landslide zones, including the village of Haghartsin in Armenia's Tavush region. 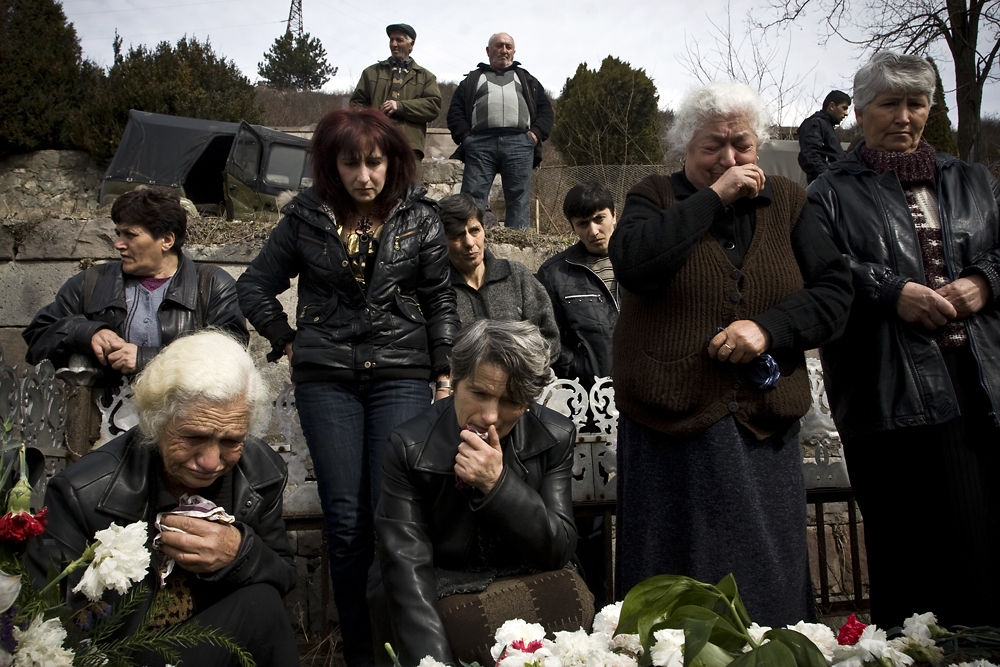 Several days after the first landslide and the flooding of Hayk Harutyunian's house, he died of a heart attack. 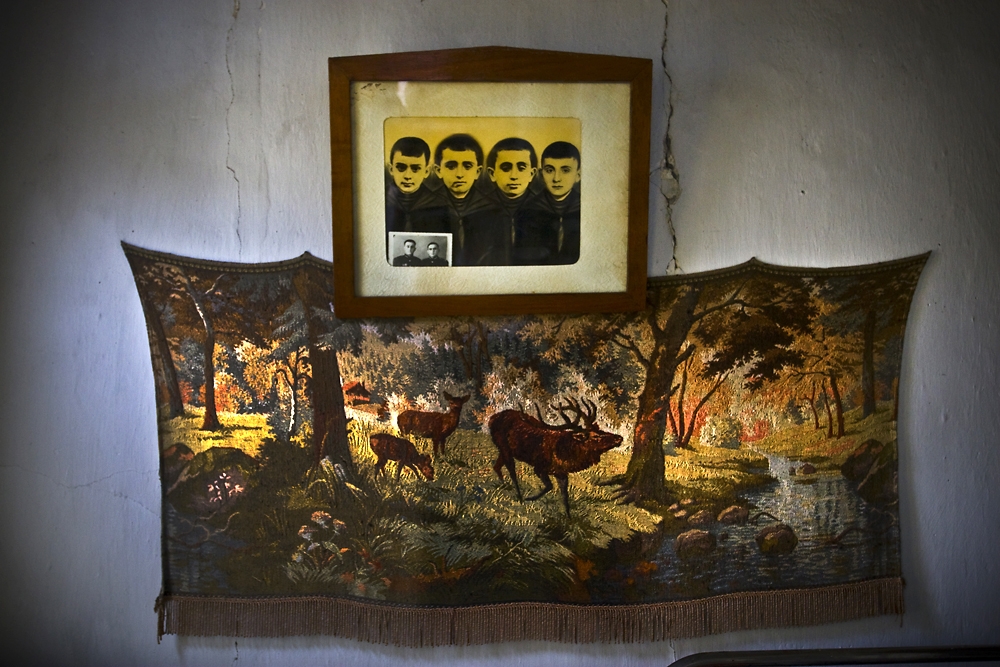 The owners of this abandoned house in Haghartsin left old photos and a carpet on the wall. 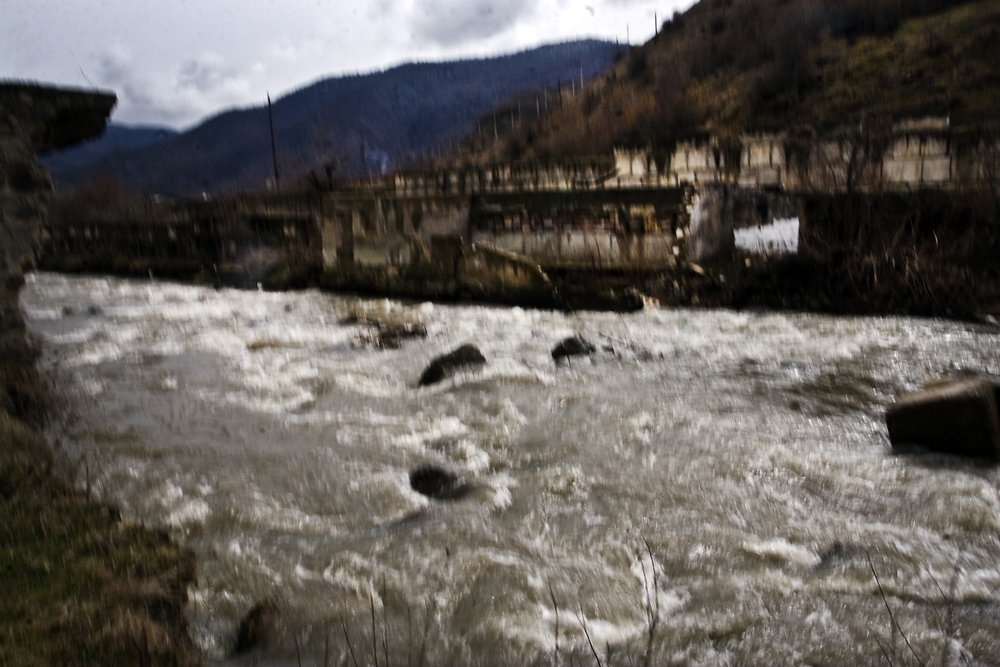 The river in Haghartsin changed course after the landslide, flooding homes, killing animals, and destroying gardens. 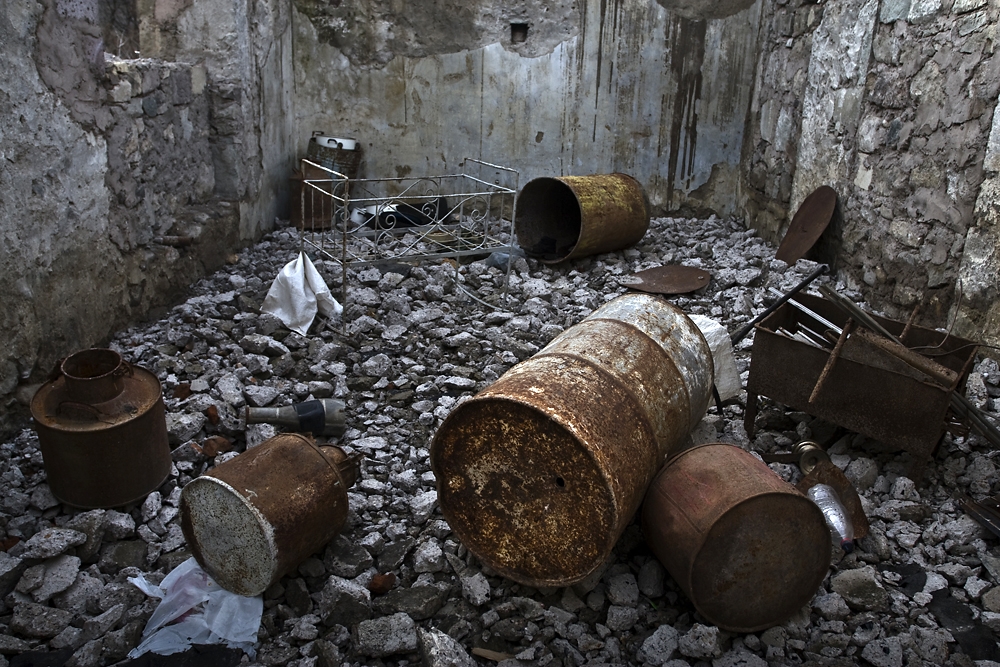 Rusted debris was left behind as families decided to leave damaged homes. 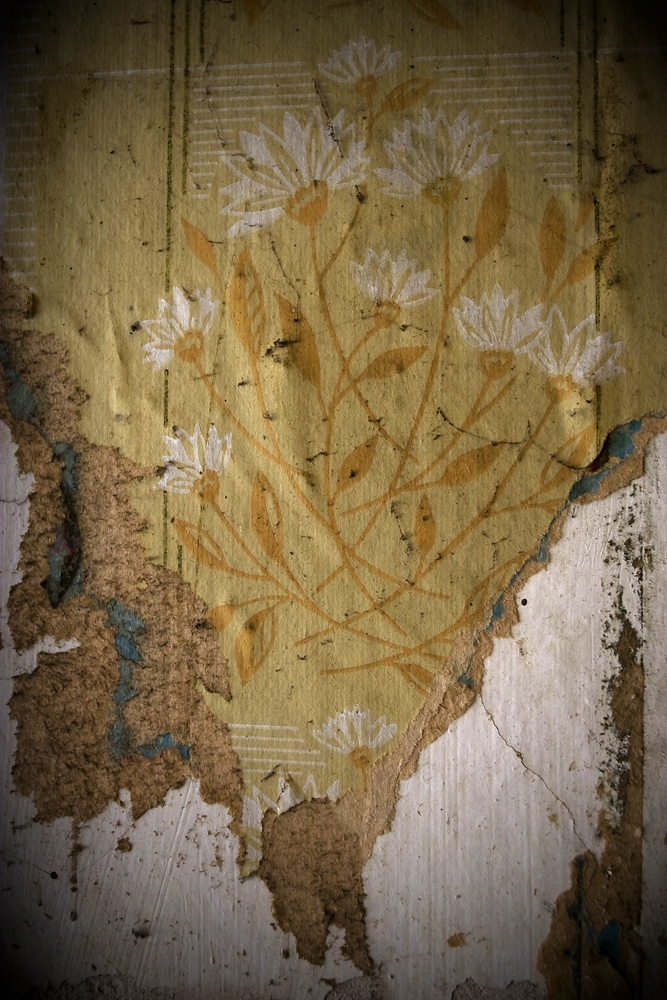 Walls in Hakobian's home show the extent of the flood damage due to the landslide. 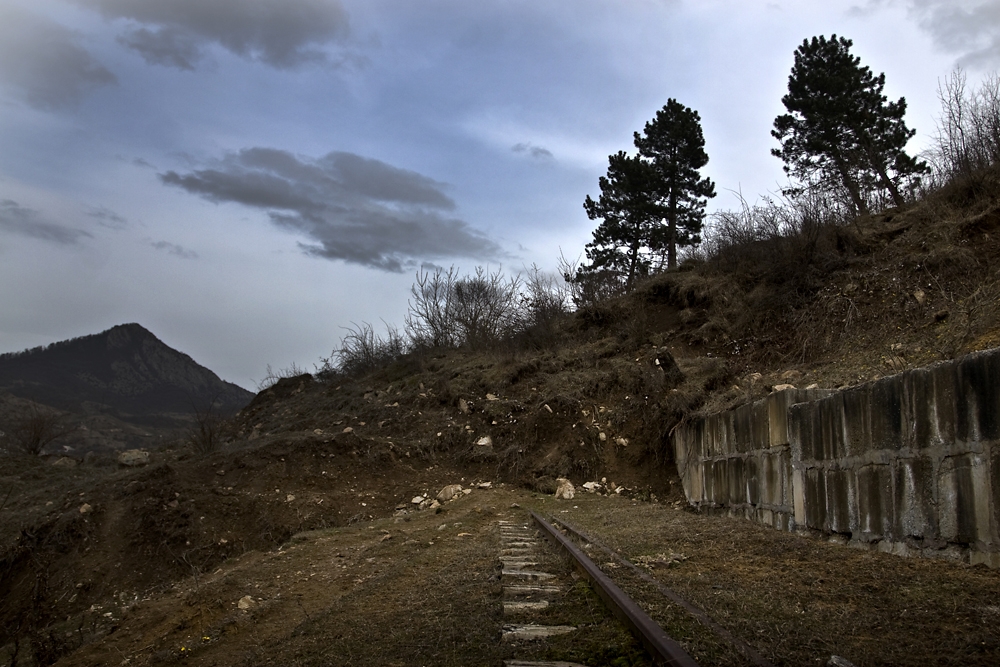 The railway of Haghartsin stops here due to the first landslide. 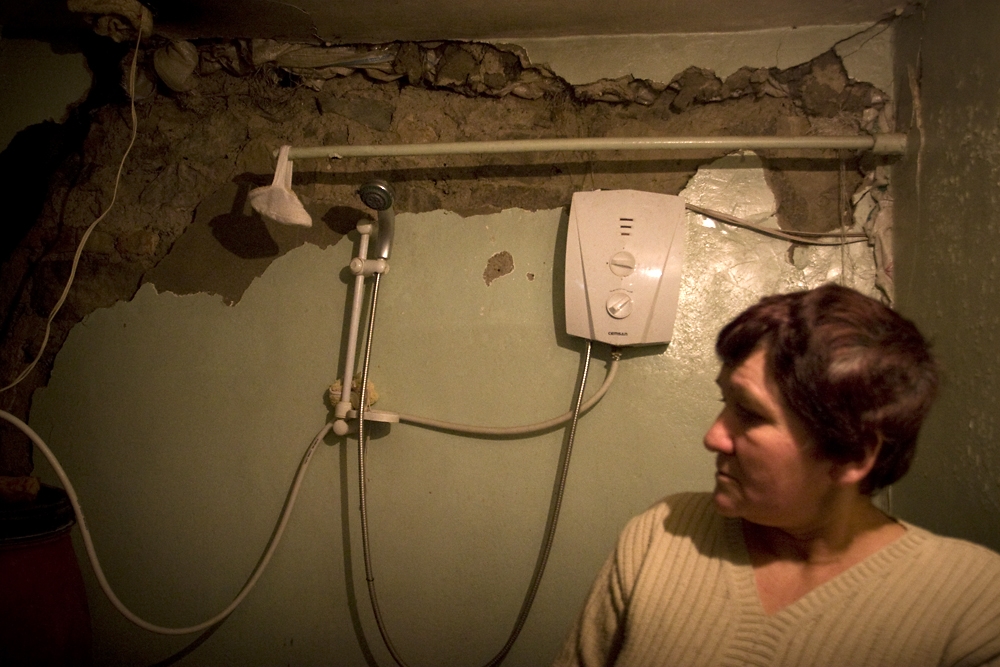 Some families continue to live in their homes damaged by landslides and the altered river. 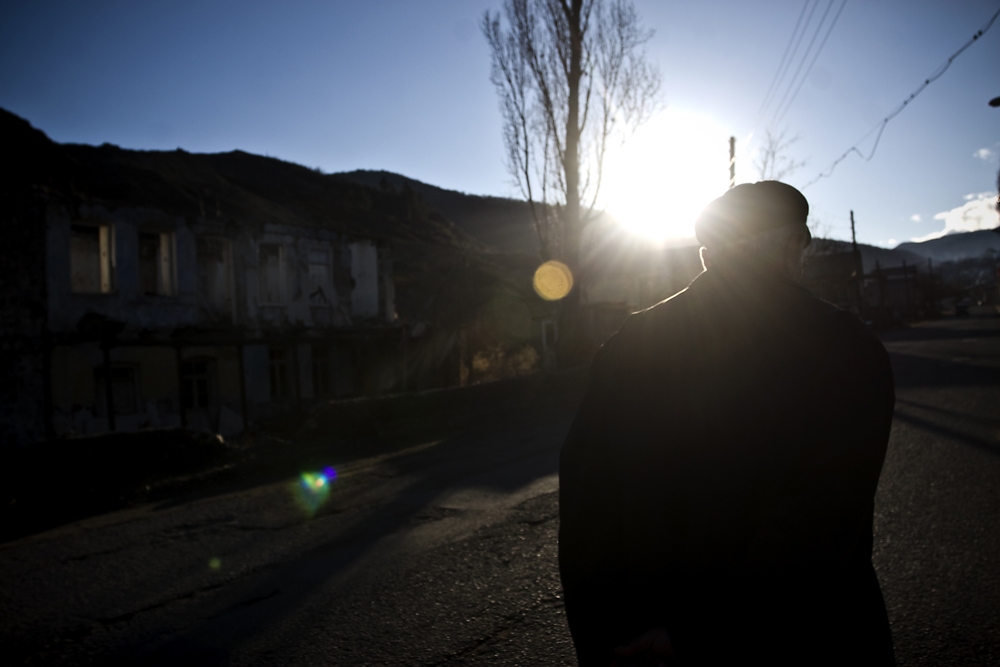 The root cause of the Haghartsin landslide and flood was the construction of a railway during the Soviet era. 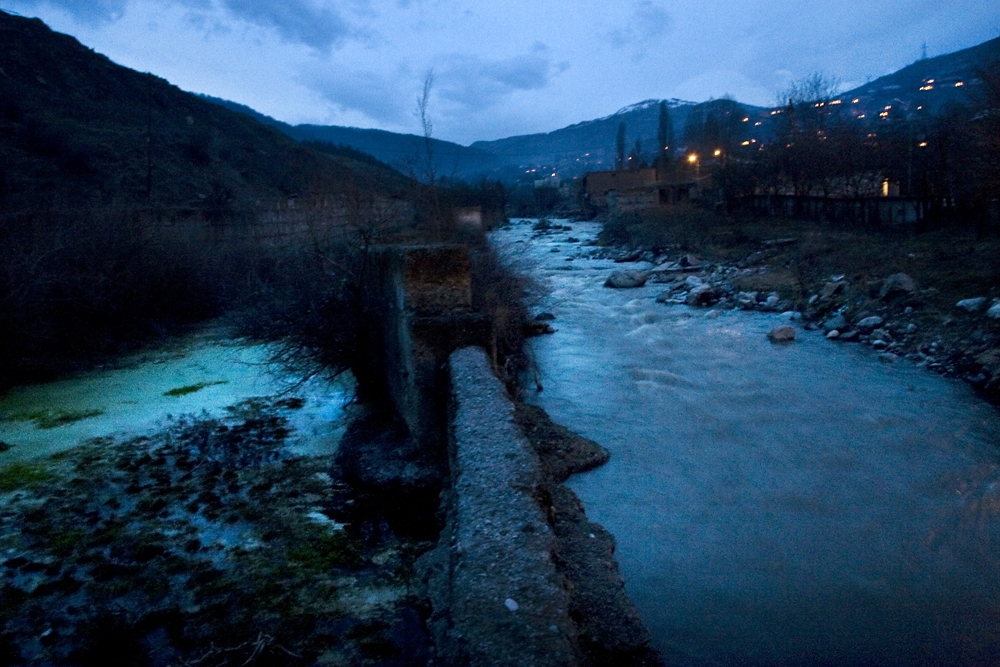 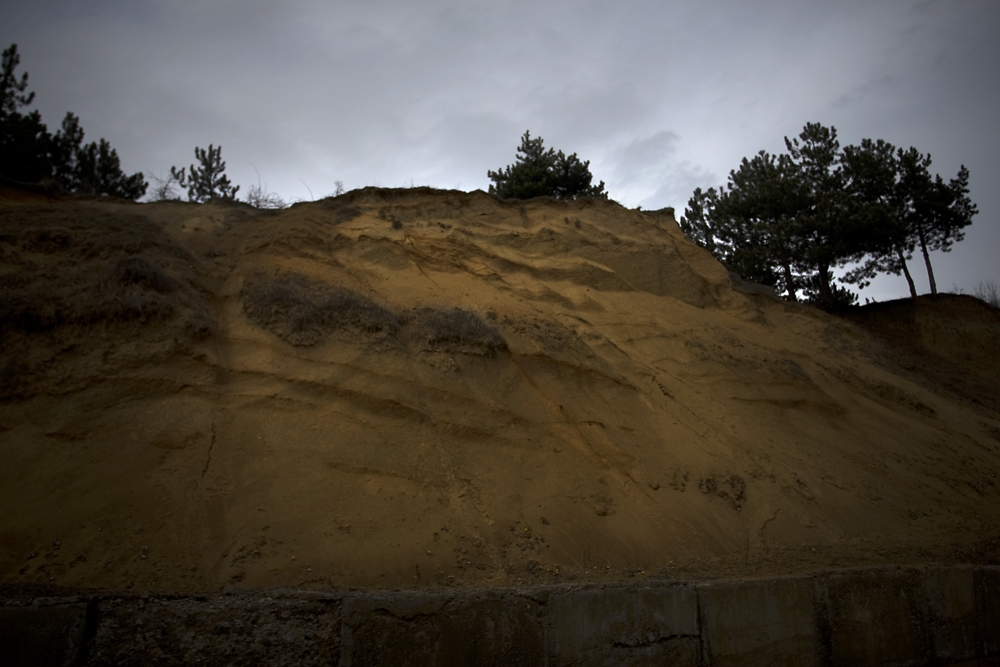 The government repaired the original road wiped out by the second landslide and are building a new road as well. 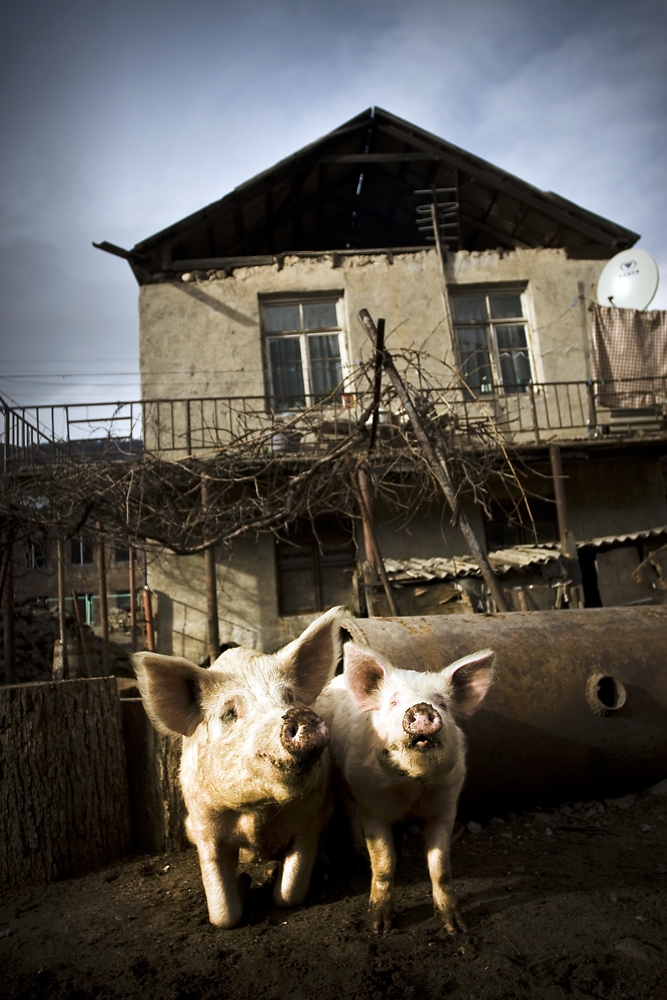 The river spread into nearby areas and yards due to the flash flood. 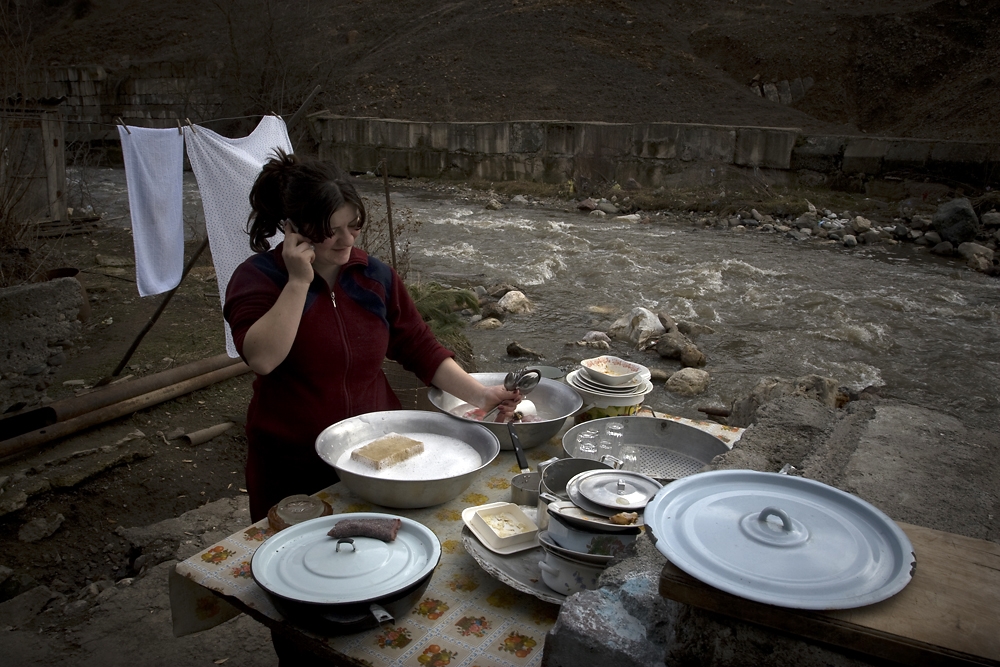 A woman washes dishes near the altered river. 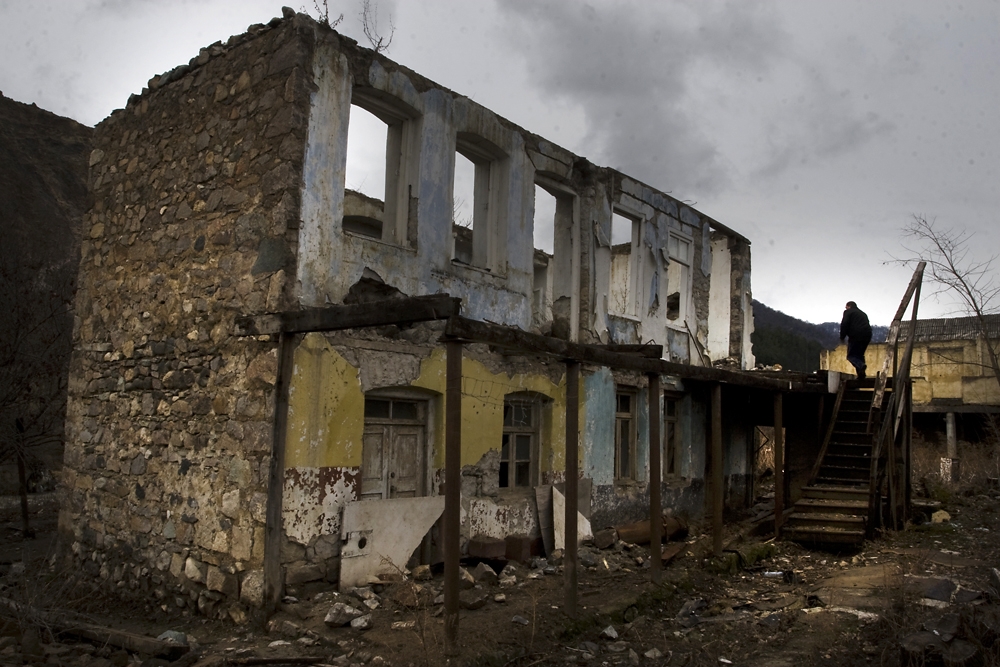 After people moved from their homes, the buildings became dangerous and had to be destroyed.
prev
next

Ask locals, and they’ll tell you that a 19th century mountaintop church in the southeastern region of Syunik has a dangerous allure, somewhat like the Sirens of Greek mythology.

“God forbid you go to that place,” one villager told a traveler who wished to visit the Church of the Mother of God. The villager then proceeded to tell the tale of a man whose body was found on the mountainside 40 meters below the church, several days after he climbed to the site. “The land is sliding.”

Landslides are not an uncommon phenomenon in mountainous Armenia. What is unusual, according to geologists and environmentalists, is the government’s inattention to landslide prevention. Each year, landslides strike – 10 so far this year; as many as 19 last year – yet the Armenian government has no budget for landslide prevention and early warning. State funding exists only for clean-ups.

“It’s over 20 years since any anti-landslide measures have been taken in Armenia,“ asserted geologist Ruben Yadoyan, a landslide specialist and laboratory chief for the National Academy of Sciences’ Geology Institute. He claims that preventative measures are “of no importance” to the government. “This means that a tragedy can happen again at any moment,” Yadoyan said.

The latest took place on October 2, when a massive landslide in the northern region of Tavush killed at least five people and destroyed 35 cars, cutting off traffic to neighboring Georgia. Officially, the tragedy was attributed to heavy rainfall. But recently some officials acknowledged that deforestation played a role.

A representative of the Ministry of Agriculture’s Hayantar agency, which manages Armenia’s forests, told EurasiaNet.org that it has no archival data on deforestation in specific areas. But the official noted that Tavush, Syunik and the northern region of Lori have suffered the most damage from deforestation.

Since the early 1990s, when the economic and energy crisis that followed the collapse of the Soviet Union prompted Armenians to start chopping down trees for firewood, deforestation has threatened the country’s ecosystem. The government reports that forests currently account for 11.2 percent of Armenia’s territory of more than 3.7 million hectares. But some environmental groups contend that woodlands make up as little as 6 percent of the total land area.

Mining – the major source of Armenia’s export revenue – exacerbates the problem, environmentalists say. “Armenia is a mountainous country and has a huge number of landslide zones,” commented Greens Union of Armenia Chairperson Hakob Sanasarian. “And … when forests are sacrificed to the mining industry, it is clear that this also creates perfect conditions for landslides.”

Northern Armenia’s Teghut reserve, located some 15 kilometers from the Tavush landslide site, is the most frequently cited example of this problem. In 2007, the government approved the opening of a copper-molybdenum mine in a reserve site that is largely made up of woodlands. Tree cutting began this year.

According to official estimates, some 233 communities today are situated in active landslide zones; the “most active” zones endanger 131 villages and hamlets. Aside from Tavush and Syunik, the most active landslide zones are found in the northern region of Shirak, the central regions of Kotayk and Ararat and the southern region of Vayots Dzor regions.

Another recent, deadly landslide occurred in early 2010 in the village of Haghartsin in the Tavush Region. The root cause of that tragedy was the construction of a railway during the Soviet era, in which Communist authorities authorized the blasting away of part of a hillside to make way for the tracks. The February 2010 landslide subsequently caused the river to change course, resulting in a flash flood that destroyed homes and killed livestock. One local resident died from a heart attack related to the incident.

Geologist Yadoyan argues that more could be done to avoid landslides and the damage that they cause; detailed mapping to avoid the construction of roads in potential landslide areas, as well as techniques such as soil transfer, reduction of surface water and re-forestation are among the recommendations, depending on the location-specific needs.

Without attention to “complex measures” and monitoring aimed at landslide prevention, the current clean-ups “will gradually make the situation even more complicated,” he asserted.

Immediate clean-up and rescue operations immediately after a landslide are prohibited; in the Tavush case, work began the following day. The government allocated some 65 million drams (about $172,103) to the job, out of which 5 million drams ($13,238) was given to the families of the landslide’s five casualties.

The Ministry of Emergency Situations’ Gabrielian concedes that more could be done to prevent landslides, but adds that the country lacks the money to reduce the risks. “Financial investment in preventative measures requires huge resources,” Gabrielian said. At the same time, he noted that the government this year will allocate the money to conduct “work” in landslide areas.

“Specialists say they should either not start work [on preventative measures] at all, or once they start, the work should be finished,” said Gabrielian. “Otherwise, if they just start and quit, the landslides will get active, and the consequences will be bad.”

Meanwhile, residents in the Tavush village of Getahovit are keeping close watch on the ground for signs of landslides to come. With time, claimed villager Arman Chapukhchian, “the cracks in the earth get even bigger.”