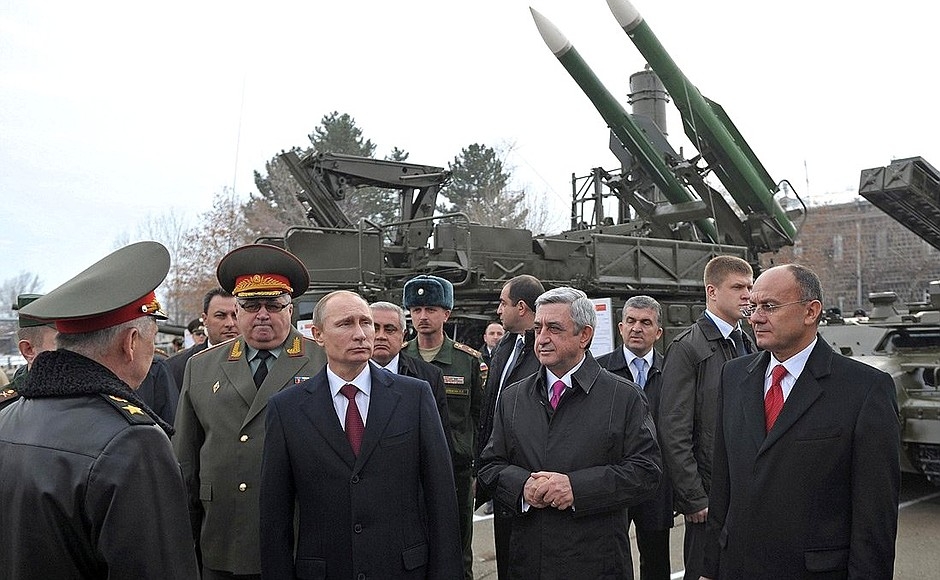 Workers at Russia's military base in Armenia have gone on strike, claiming they haven't been paid since February.

The protest, on May 3, involved about 100 workers at a Russian company that services the apartments of Russian contract soldiers at the 102nd Military base in Gyumri, Armenia's second city, the Armenian service of RFE/RL reported.

The workers said that they believed that the money for their salaries had arrived from Russia, but that the company they worked for had gone bankrupt and they hadn't been paid for more than two months.

The protest seemed to achieve its aim: the workers met with the commander of the base, Colonel Vladimir Elkanov, who said he hadn't been aware of the issue and would look into it. Although that would seem to suggest that the problem will be resolved without much more drama, Russia still doesn't need any more controversy over its base in Armenia.

Armenia considers the base a guarantee against neighboring Turkey, but public sentiment has lately turned somewhat, becoming more negative against the Russian military presence. That is partly due to rising anger over Russian arms sales to Azerbaijan, with whom Armenia is in a long-running conflict over the territory of Nagorno Karabakh.

Anger at the base boiled over in 2015 after a conscript soldier went AWOL and murdered six members of a Russian family. Protesters then gathered at the base and demanded that Russia hand over the killer, Valeriy Permyakov, to be tried in Armenian courts. That was eventually resolved with Russia agreeing to let an Armenian court try Permyakov, who was found guilty and sentenced to life in prison. The case still holds the potential for more conflict: it remains unclear where Permyakov will serve his sentence. On May 2, Permyakov's lawyer said that will be decided in the next few days and that "theoretically" he could serve his time in Russia. That would likely lead to another round of protests in Armenia.

Recall that a similar protest took place in 2015 in Tajikistan, when local workers at the Russian base there also claimed they hadn't been paid by the base servicing company they worked for. Also worth noting: then, as in this case, the U.S.-government-funded RFE/RL was the only media covering the protests.