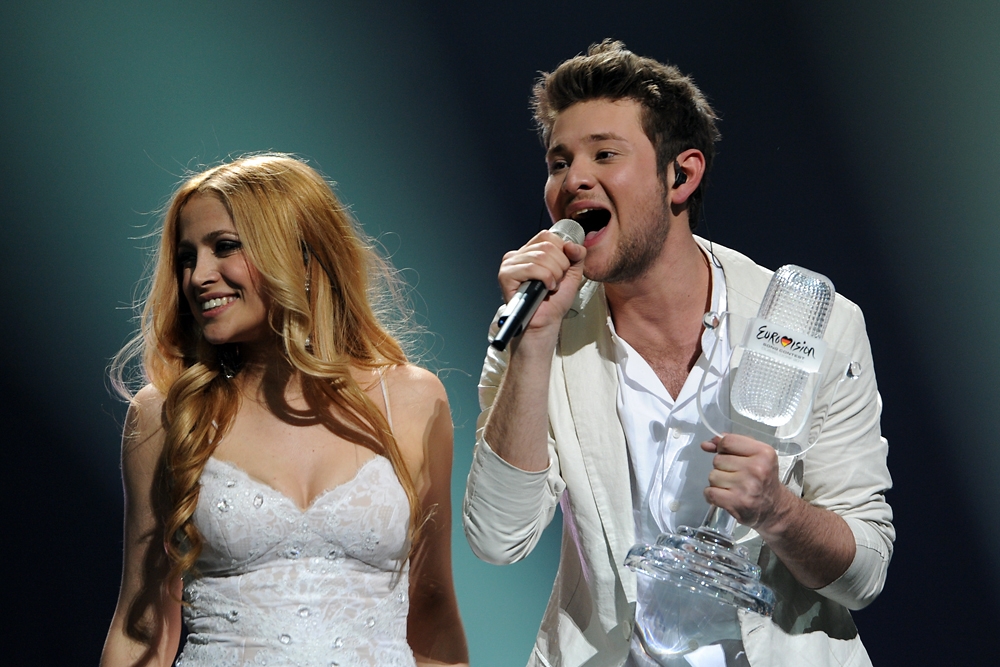 In Armenia, it is routine for the annual Eurovision contest to provoke heated debate about the relative merits of the performers. But this year, post-contest discussion in Yerevan is also laden with political and diplomatic significance. The fact that next year’s Eurovision contest will be hosted by Armenia’s long-time foe and neighbor Azerbaijan is stoking unease among many Armenians.

Though Armenia and Azerbaijan signed a cease-fire agreement 17 years ago to suspend their 1988-1994 conflict over the breakaway Nagorno-Karabakh territory, the two sides continue to engage in firefights along the ceasefire line. In recent months, in fact, international observers have expressed heightened alarm about the possibility of a fresh war.

An Azerbaijani duo won this year’s Eurovision competition, giving Azerbaijan the right to stage next year’s contest. Against the backdrop of lingering Armenian-Azerbaijani hostility, the idea of sending an entry to Baku for the glitzy pop music competition is sharply dividing Armenians. “The real competition for us will take place next year in Baku,” commented 25-year-old economist Arthur Galstian. “I will praise the person who leaves for Baku, raises the Armenian flag and represents Armenia in such a situation.”

Though the European Broadcasting Union, which organizes the Eurovision event, has underlined that it expects that Azerbaijan will ensure the security of each Eurovision delegation that competes in Baku next year, many Armenians do not believe everything will go smoothly. “Frankly speaking, being an Armenian and a mother, I’d object to the participation of an Armenian representative in the Eurovision 2012 [contest],” said celebrity pop singer Shushan Petrosian.

Armenian Public Television, which oversees the selection of Armenia’s Eurovision entry, so far has avoided saying whether or not Armenia will take part in the Baku contest. Similarly, the pop singers, who each year eagerly anticipate the Eurovision qualification events, now are staying silent about the contest.

Some Armenians believe participation in next year’s Eurovision is a matter of honor – a powerful concept in Caucasus cultures. “I think that, unlike the Georgians who boycotted Moscow in 2009, we are the winners [of the 1988-1994 war over Nagorno-Karabakh], and, in this case, it is not us, but the Azerbaijanis who should worry about whether or not Armenia will send a participant to the contest,” asserted 46-year-old teacher Artavazd Manukian.

“Boycotting the contest is a weakness,” Amalian argued. “Another question is how we should represent ourselves, so as to demonstrate the intrinsic Armenian character. It should be a song showing the Armenian character, moral values, demonstrating that we know how to fight and to win.”

That fighting theme, though, did not appear to serve Armenia’s Eurovision representative Emmy well this year; her bouncy “Boom-Boom” number, rife with boxing imagery, about a couple whose bickering keeps them apart did not get her into the finals.

In assessing Emmy’s finish, the worst to date in Armenia’s six years in Eurovision, many contend that her selection by Armenian Public Television’s Art Council was intended to compensate her (and her mother-manager, the influential singer-producer Nadezhda Sargsyan) for Emmy’s 2010 loss to the Russian-born Eva Rivas as Armenia’s pick for Eurovision. Rivas, and her “Apricot Stone,” finished seventh at the 2010 Eurovision.

One disappointed Eurovision viewer, governing Republican Party of Armenia MP Gagik Melikian, has called for a parliamentary debate on the Eurovision selection process, saying he wishes “to avoid failures in future,” the Panarmenian.net news website reported. So far, Melikian’s proposal has failed to gain traction among his colleagues.

Some Eurovision fans think that an Armenian singer will be able to prevail in Baku only if he or she is selected through a “fair” national competition; in the past, television viewers and a jury made the pick based on a televised sing-off. “If Armenia participates [in the contest], we must have firm grounds to secure а victory,” advised popular singer Aida Sargsian. “The song must represent folk tunes combined with modern rhythms.”

Others have suggested looking to Karabakh itself as “the best solution.” The disputed, predominantly ethnic Armenian territory featured in Armenia’s 2009 Eurovision performance, which included a photo of a Karabakh monument called “We Are Mountains.”

“It’s become usual that people of Karabakhi origin are at the top in almost every sphere [in Armenia],” commented Karen Kostanian, a 23-year-old computer programmer from Yerevan. President Serzh Sargsyan, Defense Minister Seyran Ohanian and former President Robert Kocharian are among the more prominent Karabakhis in Armenian public life. “In this case, we really need them to be at the top.”

Karabakhi singers declined to discuss with EurasiaNet.org the possibility of representing Armenia at Eurovision. Such a move, however, would most likely not be accepted with equanimity in Azerbaijan, which contests Nagorno-Karabakh’s independence.

One local journalist believes that Armenia’s mere participation in the Baku-based 2012 Eurovision contest is more important than any victory. “It would be simply stupid to refuse such an opportunity to demonstrate our courage to the world,” said Mediamax news agency editor-in-chief David Alaverdian.