As a new border commission prepares to start work, it will have to reckon with persistent disagreements over what to do with a handful of quirks of Soviet border-drawing. 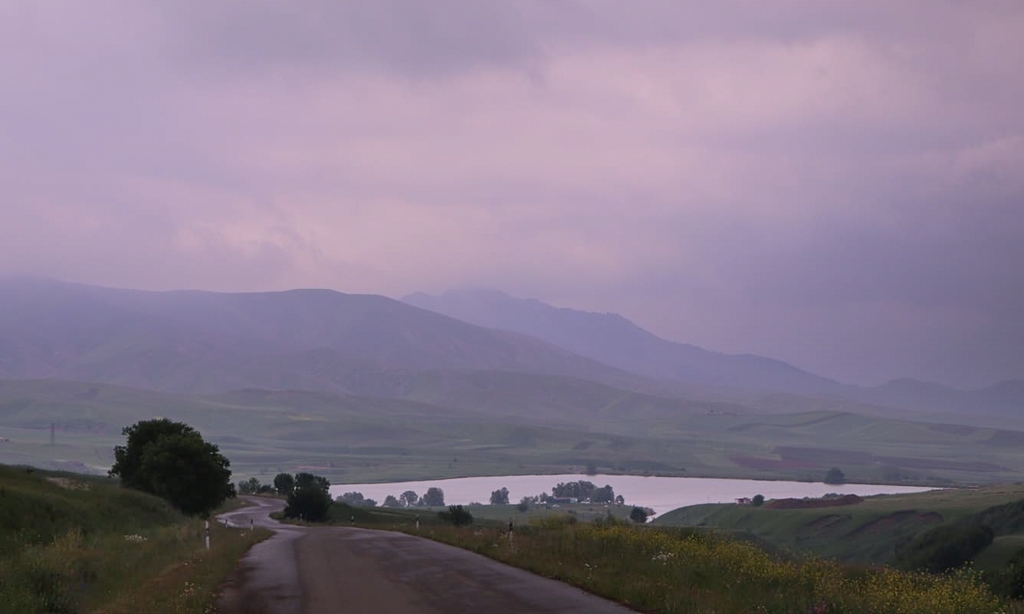 The road to Artsvashen (Heydar Isayev)

As negotiations between Armenia and Azerbaijan advance, the question of what will happen to their Soviet-vestige exclaves has again become a matter for dispute.

In recent days the issue has again become the subject of diplomatic jockeying. The two sides have for the most part repeated their previous, mutually incompatible positions on the issue, casting doubt on the prospects for delineation of the two countries’ border just as serious work is set to begin.

On May 5, as he was discussing Armenia’s new framework for negotiations for the first time in public, the Secretary of Armenia’s National Security Council, Armen Grigoryan brought up the issue of the exclaves, quirks of Soviet border-drawing along the Armenia-Azerbaijan border that will have to be settled along with the bigger, thornier issue of Nagorno-Karabakh.

"In general, the opposition is constantly making baseless statements, which have nothing to do with reality. The issue of exclaves has not been raised so far, as there is an exclave on both sides,” Grigoryan told reporters. “Those territories are almost equal. Neither side is saying anything on this issue, it has not been discussed yet!"

The fact that he brought up the issue during his brief on Armenia’s new six-point proposal, which has yet to be made public, led to suspicion that Grigoryan was protesting too much and that the exclaves may be part of that deal.

But his mention of the opposition appeared to be a reference to a recent protest march from one of the exclaves in question: Karki, which Armenians call Tigranashen.

The views of the Armenians and Azerbaijanis displaced from the exclaves more or less mirrors that of their governments: while many Armenians from Artvashen are resigned to not going back home, many Azerbaijanis still harbor hopes of being able to return back to live in their villages.

Armenia’s political opposition has regularly accused the government of preparing to return the Azerbaijani exclaves – which happen to straddle the country’s strategic north-south highway – to Azerbaijan. In the new wave of protests that the opposition has launched against the government’s negotiations, one key event was the march to Yerevan from Karki/Tigranashen, highlighting what they claim is a government wish to hand the territory back to Azerbaijan.

“Today the most important thing is fighting against these Turkish-subject authorities and saving the homeland,” one participant in the march, Hripsimeh Arshakyan, told reporters. “Nothing is scarier than losing a homeland."

The government denies any plan to hand over the exclaves inside Armenia; it says that it is negotiating to allow each side to keep the exclaves that they now control.

Grigoryan’s comments occasioned a rebuttal from Azerbaijan Deputy Foreign Minister of Azerbaijan Khalaf Khalafov, who on May 10 reiterated Azerbaijan’s position that it wants back control of its exclaves. "These territories are part of Azerbaijan. The return of these lands to Azerbaijan will be considered within the delimitation process. These issues will be resolved after discussions," he told journalists.

Responding to Khalafov’s comments, Armenian ambassador-at-large Edmon Marukyan rolled out a new bargaining position: that Armenia has a stronger claim to Artvashen than Azerbaijan does to its exclaves.

"We've stated numerous times that delimitation and demarcation processes should be based on facts and documents of de jure significance. At this moment, we don't possess any legal substantiation that any de jure Azerbaijani enclave has ever existed in the territory of Armenia,” Marukyan told reporters. “On the contrary, there are legal grounds for the village of Artsvashen belonging to Armenia. … These issues must certainly be discussed and resolved in the delimitation and demarcation process."

A joint commission to work on delimiting the border between the two countries, which was agreed at an April meeting between the Armenian and Azerbaijani leaders, will hold its first meeting in Moscow May 16-17, Armenia Foreign Minister Ararat Mirzoyan said.