Earlier this year, both sides appeared to be trying to turn down the temperature on their grievances against the other. But now the momentum seems to be going in the other direction. 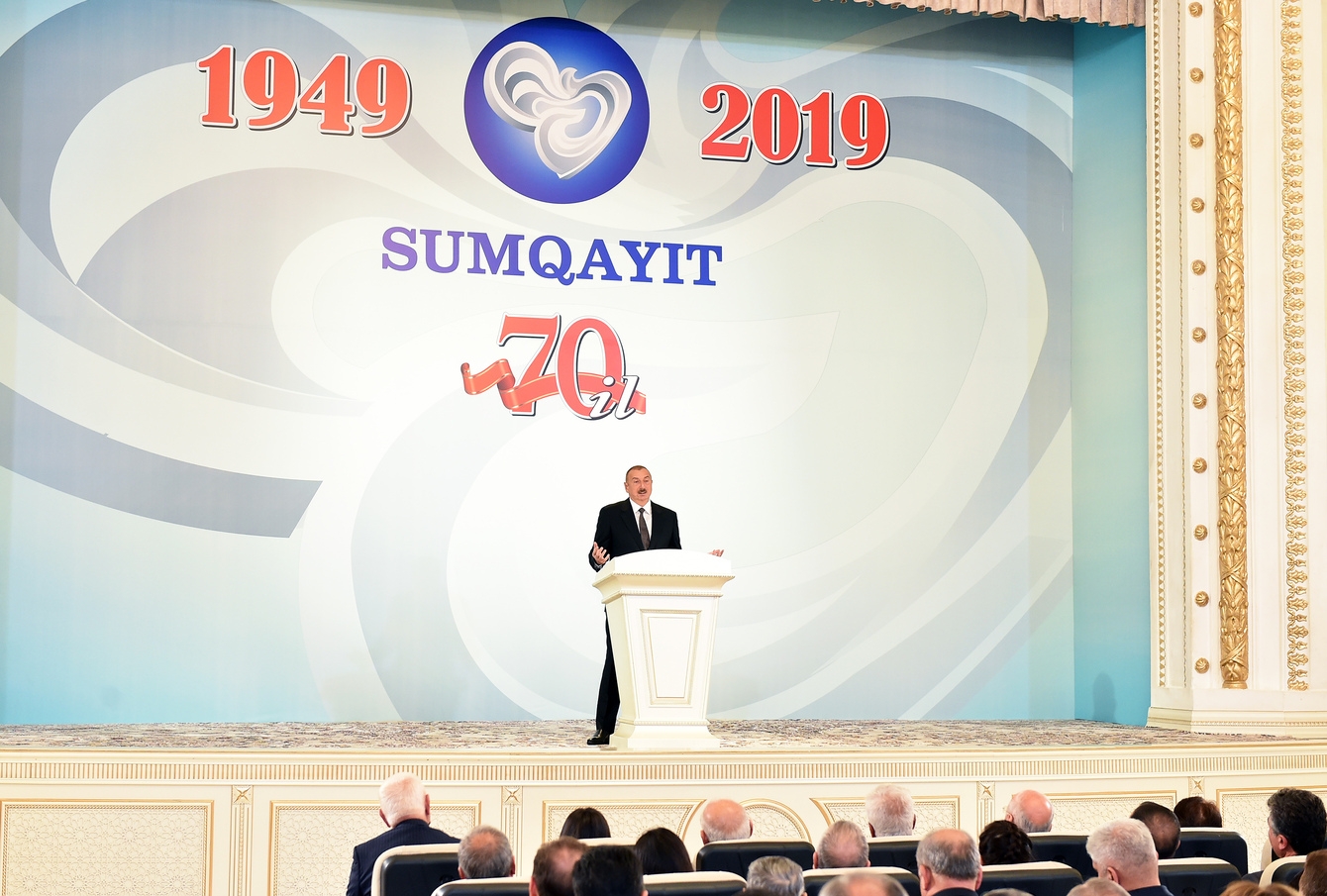 In recent days the leaders of Armenia and Azerbaijan have each repeated discredited conspiracy theories regarding massacres carried out by their people against the other, in a grim escalation of the information war between the two sides.

First up was Armenian Prime Minister Nikol Pashinyan, who was confronted by an Azerbaijani (who turned out to be connected to Azerbaijan’s security services) while he was speaking on November 20 to the Armenian community in Milan. The man asked Pashinyan “when [he] was going to liberate” the parts of Azerbaijan now occupied by Armenian forces, and said that “the whole world recognized the genocide of Azerbaijanis” in Khojaly.

This referred to the greatest single massacre of the war between Armenians and Azerbaijanis, when Armenian forces killed several hundred Azerbaijanis in the town of Khojaly in 1992.

Pashinyan responded that the mention of Khojaly was “a blatant lie,” and said that it was in fact carried out by Azerbaijanis themselves. Pashinyan cited claims by former Azerbaijan president Ayaz Mutalibov, who blamed the Azerbaijani opposition for carrying out the attack in an effort to discredit him. Mutalibov’s claims were plainly self-serving, and were not supported by independent investigations. “We place direct responsibility for the civilian deaths with Karabakh Armenian forces,” said Human Rights Watch, which carried out a comprehensive investigation into the episode shortly after it happened.

What was perhaps most striking about Pashinyan’s comments was that he had the details of the conspiracy theory – that Mutalibov had given in an interview with the Russian newspaper Nezavisimaya Gazeta – on the tip of his tongue, in a setting where he surely was not expecting to talk about Khojaly. Also striking: while the Armenian audience enthusiastically applauded many of Pashinyan’s comments, they greeted his claims on Khojaly with silence.

More scripted were the remarks by Azerbaijan President Ilham Aliyev, delivered the next day at an event marking the 70th anniversary of the founding of the city of Sumgait. In his speech, he addressed the Sumgait pogroms of 1988, when mobs of Azerbaijanis stalked the streets of the city attacking Armenians, murdering at least several dozen.

Only in Aliyev’s telling, it wasn’t Azerbaijanis but “Armenian nationalists” who provoked the attacks in an effort to make it appear that Armenians were unsafe in Azerbaijan, thus justifying the then-nascent separatist movement in Nagorno-Karabakh.

This conspiracy theory, also thoroughly discredited, has been in circulation for some time but was first embraced at the official level in 2018. Now it has been voiced by the head of state.

The historical revisionism follows a recent series of maximalist, uncompromising public positions on the ongoing peace negotiations between the two sides.

It wasn’t long ago that the momentum on these issues appeared to be moving in the other direction. As it happens, Sumgait and Khojaly began on the same day, February 26, four years apart, and the anniversaries of the two events often see some of the most emotive rhetoric against the other side.

But this February, there were signs – if you looked closely enough – that both sides were trying to turn down the temperature a bit. This seemed to be related to a landmark promise by diplomats on both sides the month before to “prepare the populations for peace,” part of which was to “diminish rhetoric” against each other.

Now, unprompted, both leaders have chosen to step back from that effort.

“Denialism of known and proven historical facts in full flow,” wrote Tom de Waal, who wrote the authoritative history of the war between Armenia and Azerbaijan, on Twitter. “Depressing.”