The seizures follow shortly after the former official linked to the firms had taken to Facebook with a series of scandalous allegations involving Prime Minister Nikol Pashinyan. 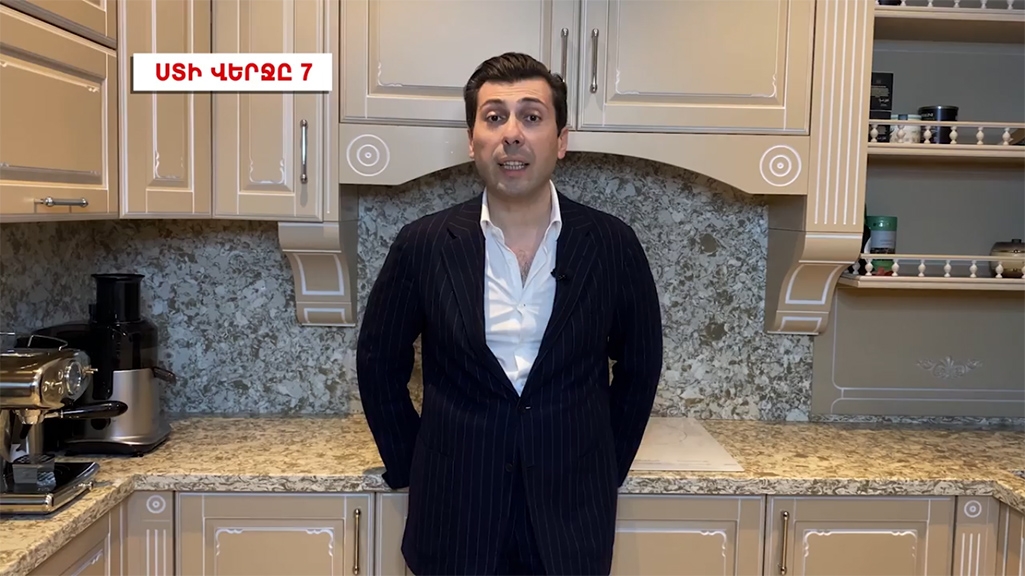 Armenian authorities have seized several businesses linked to the former president’s son-in-law, who has emerged as a prominent anti-government gadfly.

The State Revenue Committee seized the businesses owned by or connected with Mikayel Minasyan, according to a June 2 report on Armenian public television. The businesses include the remnants of the media holding company PanArmenian, a hydropower plant in the Lori region, the largest shipping company in the country, two luxury hotels in Yerevan, and the popular café chain Jazzve. The State Revenue Committee has not publicly commented on the report.

The seizures come as Minasyan has been taking a higher-profile role as a government critic-in-exile. In April he was charged with money laundering, among other crimes, and has refused to come to Armenia to face the charges. (He lives abroad – it is not clear where – and was formerly Armenia’s ambassador to the Vatican.)

Minasyan responded by starting a series of Facebook videos, which he calls “exposes” under the rubric “The End of the Lie,” all aimed at Prime Minister Nikol Pashinyan, who ousted his father-in-law in the “Velvet Revolution” of 2018.

The first such video, aired at the beginning of May, accused Pashinyan of trying to extort money from him through a mediator, former head of the National Security Service Artur Vanetsyan. Subsequent allegations have included illegal trade in diamonds, contraband cigarettes, and guns.

The videos have proved sensational. The most recent, alleging Pashinyan’s involvement in illegal weapons trading, garnered 116,000 views in just a few days. The content is amplified by media linked to Minasyan and other anti-government outlets, and some of the accusations are so dramatic and the accuser so prominent that the reports have spilled over into more mainstream outlets, as well.

In general, the allegations about illegal activity have appeared plausible, but the involvement of Pashinyan or other government figures, less so.

For the most part, Pashinyan has stayed quiet on the allegations. On May 16, he did respond to a journalist’s question about cigarette smuggling claims involving his brother-in-law, Hrachya Hakobyan. “I am aware that Hrachya Hakobyan has filed a lawsuit and I am glad that a public trial will take place, during which you will all have the opportunity to see what is right and what is wrong,” said Pashinyan, adding that cigarette smuggling had taken place but that his family had nothing to do with it.

Pashinyan’s team also has gone on the offensive, declaring that the government has information on Minasyan’s own alleged illegal business activities.

Minasyan had divested himself of many of his companies, though they were generally sold to allied figures. The hydropower plant, for example, now belongs to Russian-Armenian businessman Samvel Karapetyan, who was close to the former regime.

Pashinyan’s press secretary, Mane Gevorgyan, claimed that Minasyan has used “fake shareholders” to control companies including PanArmenian, Spayka [the shipping company], the Yerevan Mall, the television station Shant, the Zangezur Copper-Molybdenum Combine, the mobile telephone company UCOM, and others. “The prime minister hopes that Armenian law enforcement will properly investigate these companies, in spite of the current difficulties, and give credible answers to the Armenian people,” she wrote on Facebook on April 29.

Minasyan's lawyer, Amram Makinyan, told Public TV that they had only learned about the seizures from the media. “We have already gotten used to having to read a lot of newspapers or watch a lot of TV to know what actions are being taken in criminal cases related to our defendants," Makinyan said. Minasyan himself has not yet commented.

Styopa Safaryan, the chairman of the Public Council, a government oversight body, suggested that Minasyan would face a reckoning. “Yes, we have been talking about ‘velvet’ and ‘tolerance,’ but we didn’t say tolerance for people in the former authorities who hold responsibility” for corruption, he told the news website 1in.am.