Some are worried about physical security, others about whether their agricultural produce can compete with Turkish imports. 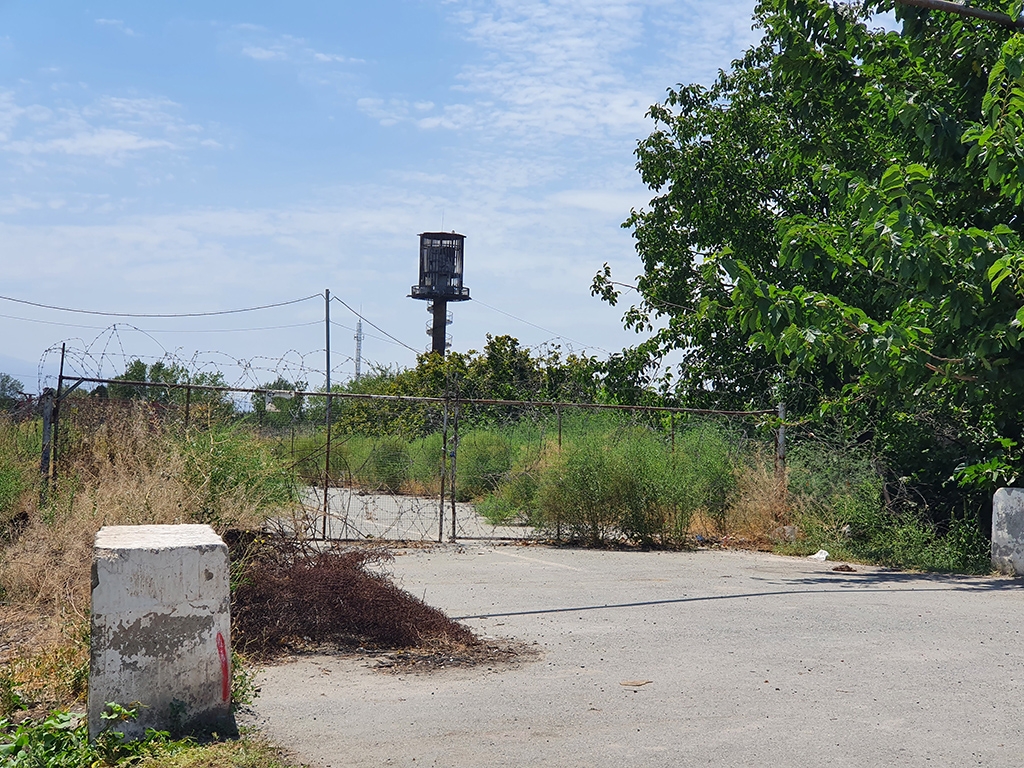 Since the 1990s, residents of the Armenian border village of Margara have looked at Turkey only through a barbed wire fence.

Now that there is finally talk of a tentative opening, many here find it hard to believe.

“For 30 years now, we have been constantly hearing rumors, talks about a possible opening of the border with Turkey. I don't believe these rumors,” one Margara resident, Armine, told Eurasianet. She showed a visitor her backyard; the garden where she grows tomatoes and other vegetables backs directly on to the border fence. She can even hear the call to prayer from a mosque on the Turkish side.

While locals may be skeptical about the opening, the Armenian and Turkish authorities say it is going to happen, at least on a limited scale. On July 1, the foreign ministries of both countries announced that they had agreed to open the land border to third-country nationals “at the earliest date possible.” 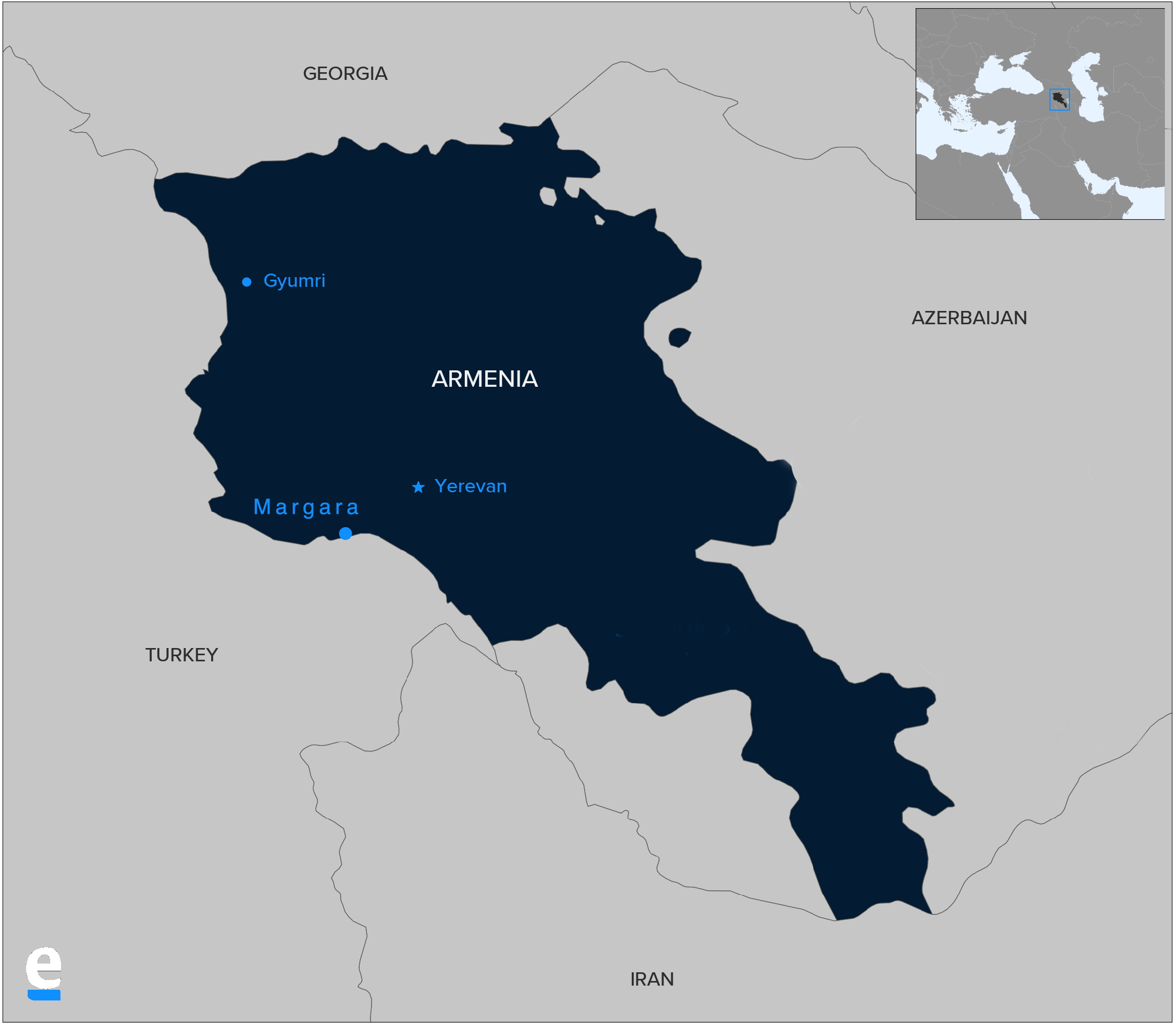 While the two sides have not yet announced any plans to let Armenians and Turks themselves cross the border, that appears to be the goal of the normalization process. And even as they still don’t believe it will happen, the announcement has sparked anxiety among residents of Margara about their security, both physical and economic.

“I am against opening the border. Turkey cannot become a good neighbor for us. They cannot be trusted. They will come up with various ways to deceive us,” said Ashot Margaryan, who teaches military preparation at the Margara high school.

There are many things still unknown about what the open border will look like: what sort of visa regime there will be, customs duties on imported products, regulations on buying real estate. But many locals fear the worst.

“We now sleep with the doors of our houses open. After the opening of the border, I am afraid that the Turks will pour in and it will not be safe here,” Margaryan told Eurasianet.

Since the collapse of the Soviet Union, this border has been guarded by Russian border troops. They are backed up by Russia’s 102nd military base in nearby Gyumri, where roughly 5,000 soldiers serve. One observation tower of the Russian border guards is visible from Armine’s home. 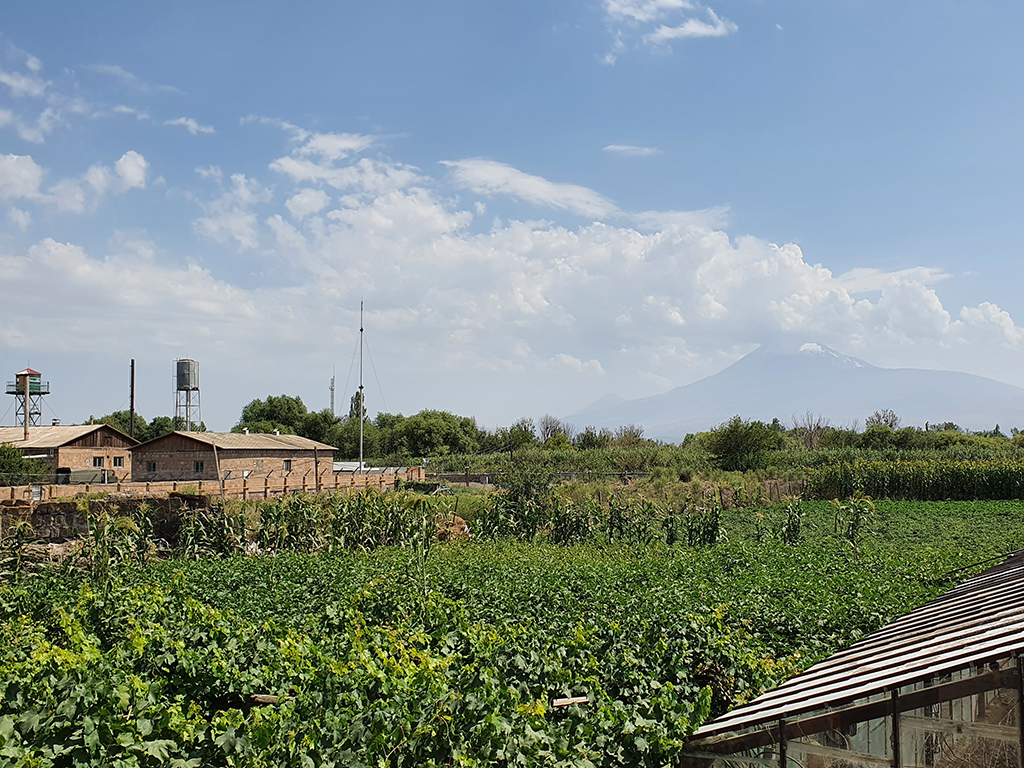 “The fact that there are no problems on this border is not due to anything we do but because of Russia, whose soldiers guard our border with Turkey,” Margaryan said.

There are rare incidents: Russian border guards occasionally report that migrants and smugglers try to cross. Those reports are more common in summer, when the Araks River, which forms the boundary, becomes shallower, thicker vegetation makes it easier to hide, and temperatures at night are more amenable to travel. In recent years the border guards have arrested citizens of Afghanistan, Bangladesh and Turkey for illegal border crossings.

"Turkey will kill our agriculture"

Some Margara residents support normalization or the opening of the border in principle, but worry about the potential economic impact.

"I am not against the establishment of normal relations with Turkey. Even neighbors who have enmity toward one another eventually begin to establish relations, talk to each other,” said one resident, Paruyr Antonyan. But he worries that the tomatoes, cucumbers, and other produce that local farmers grow won’t be able to compete with Turkish products.

“Opening the border can have bad consequences, cheap and subsidized Turkish agricultural products will flood our market and kill our farms,” he told Eurasianet. “They have subsidized agriculture. We will not be able to compete.”

Customs duties in Armenia are regulated by the Eurasian Economic Union (EAEU), of which Armenia is a member. Still, some Turkish agricultural products like tomatoes are already competitively priced in Armenia, even with the extra costs that come from transport through Georgia.

Responding to fears of a Turkish takeover, Armenian officials have instead tried to emphasize the positive.

“Perhaps, in a certain segment of the economy, some goods will lose their competitiveness, but this will make you think about what new opportunities will appear after the opening of the border,” Prime Minister Nikol Pashinyan said at an online press conference on January 24. 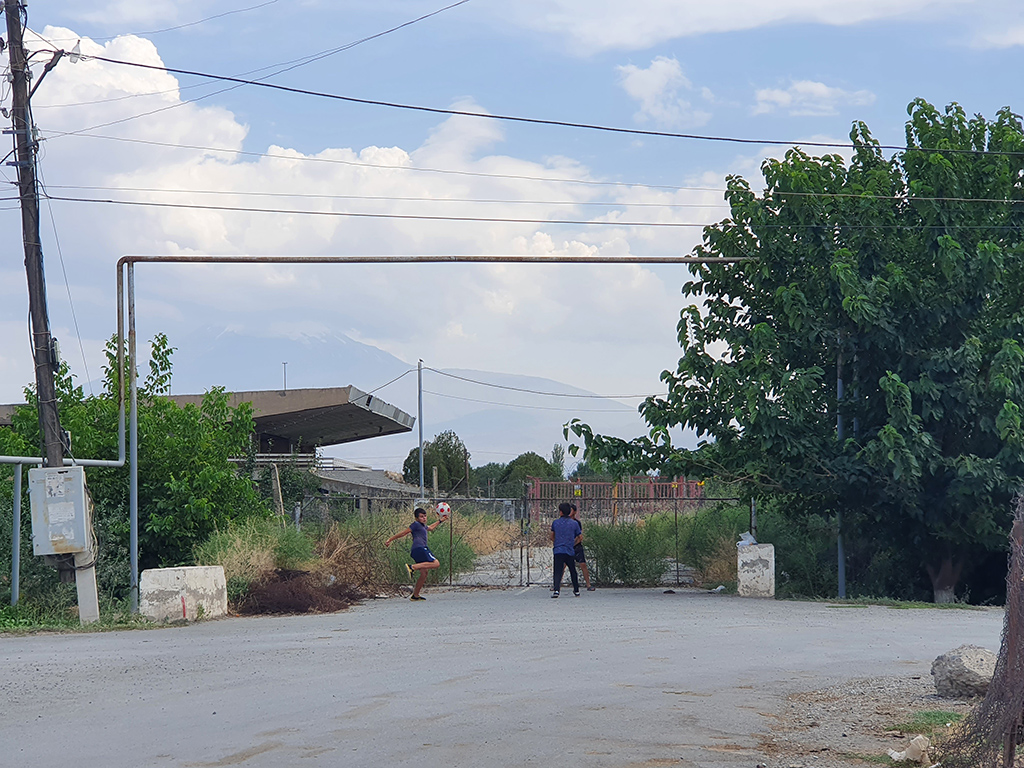 Meanwhile, work is underway to ease the future border crossings. The road leading to Margara has been under repair since June and is being widened, and the bridges along the route are being improved as well.

The Ministry of Territorial Administration, which manages roads in the country, declined to comment to Eurasianet on the construction. But locals say it seems to be connected to the border opening and suggests an anticipation of a large increase in traffic.

“The road was in a deplorable state for a long time. All of a sudden, renovations began. It is clear that the road is being repaired to open the border with Turkey,” one resident, who asked his name not to be used, told Eurasianet.

Armenian businesspeople also are scouting out the area for potential opportunities. During a visit to Margara, one man approached a group of people including this correspondent, asking: “Guys, maybe you know people here who are selling houses or land?”

This is a regular occurrence, locals said. “Businesspeople, various entrepreneurs come here often,” one resident, Arsen, said. “They all ask the same thing – are the plots of land for sale, especially close to the highway.”

That has spurred fears that locals may soon be pushed out of the area.

“We are afraid of the Turkification of our village and the emigration of our fellow villagers from here after the opening of the border,” said another Margara resident who asked not to be identified. “Now my house costs 15-20 thousand dollars. If after the opening of the border, Turkish businessmen come and offer me or others 10-15 times the current value, what then? Many will sell their houses and leave the village and Turks will settle here.” 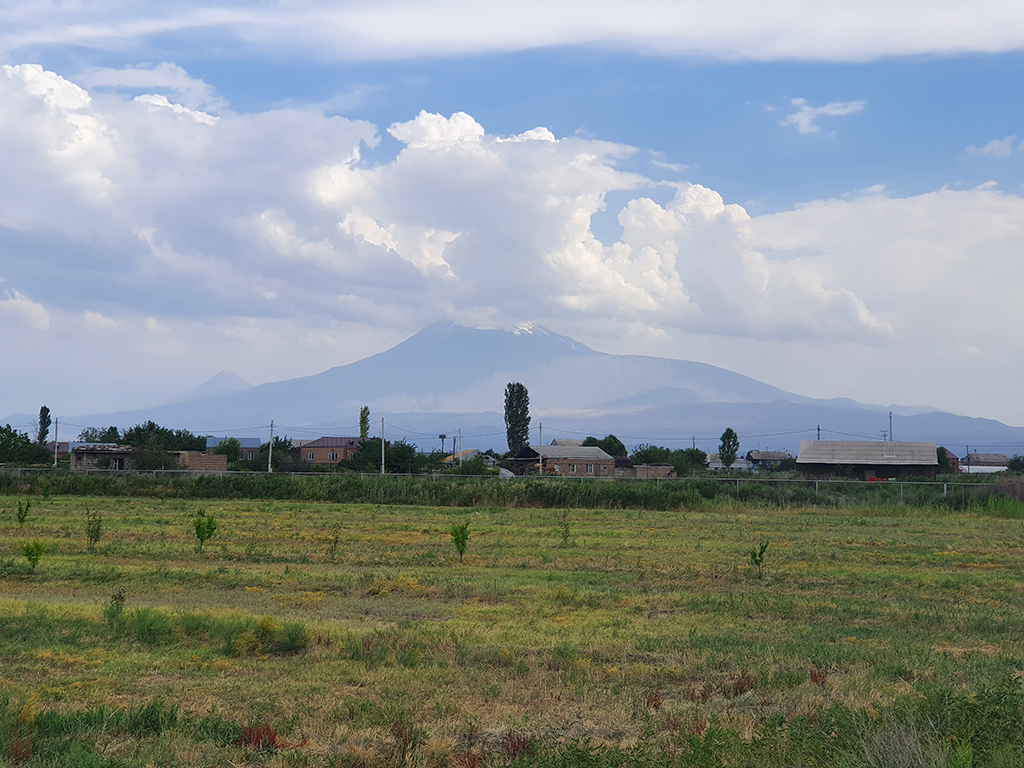 Hanging over the question of the border opening is the fraught history between the two sides, above all the 1915 genocide of Armenians in the Ottoman Empire. The two countries opened the border shortly after the collapse of the Soviet Union in 1991, but Turkey closed it again in 1993 in support of its ally Azerbaijan in the first war over Karabakh.

There have been unsuccessful attempts to restore relations since then, the latest one beginning last year following Azerbaijan’s victory in the second Karabakh war. Special envoys from the two sides began meeting one-on-one in January.

The agreement to partially open the border, along with a promise to restart direct air cargo transit between the two countries, was the first concrete result of the process.

The timeline of the border opening remains unclear. While many expected it to happen in August, it now appears to have been pushed back. "We think it would be logical for this process to bring first results within the next few months," Armenia’s Foreign Ministry told Eurasianet.