While the government has been pushing the potential benefits of easier cross-border trade, many businesspeople aren’t so sure. 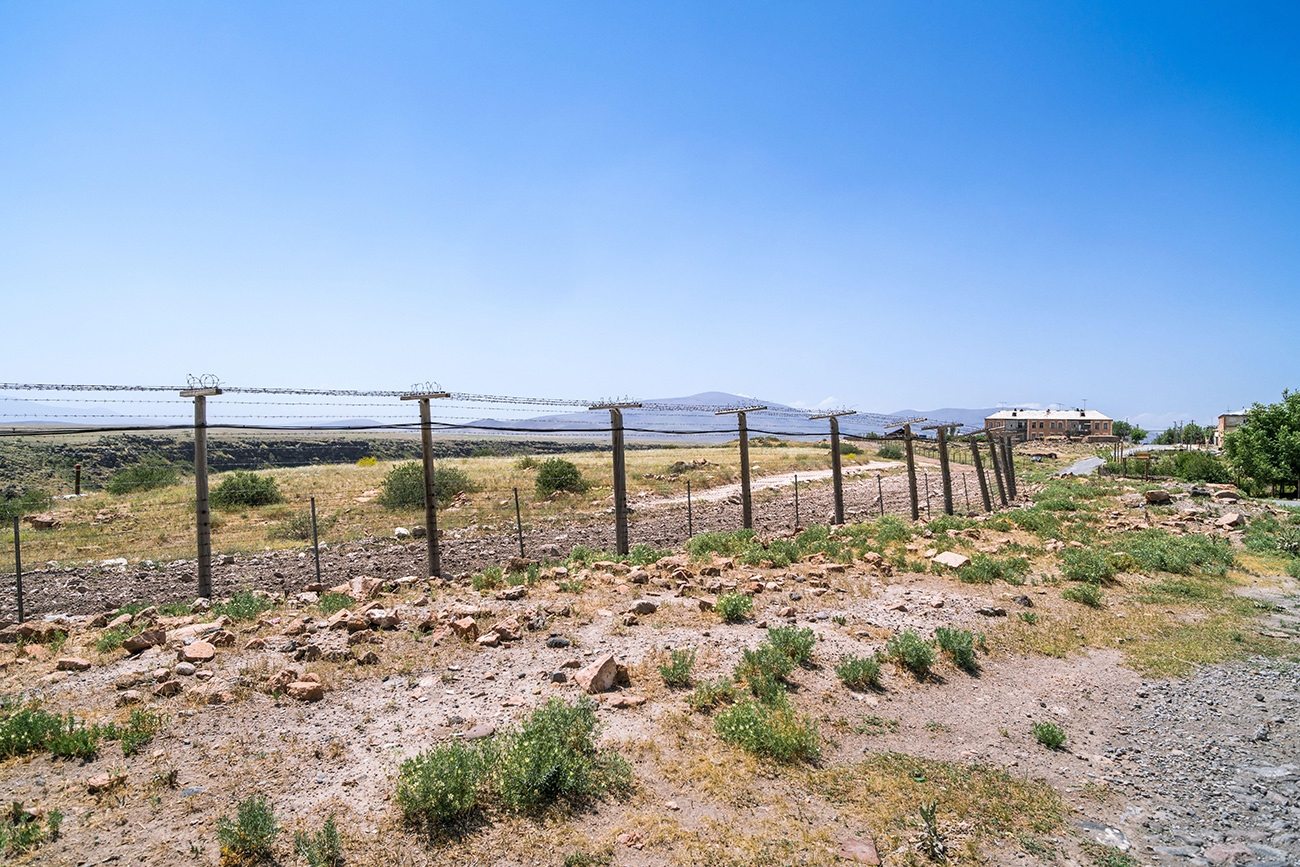 The border has been closed since 1993. (Alexei Fateev / Alamy)

As Armenia and Turkey progress on normalizing relations and opening their shared border, businesses in Armenia are watching the process with a mixture of fear and anticipation.

While some businesspeople see the opening of the Turkish border as a step toward gaining access to foreign markets, others worry that they will drown in a flood of cheap, relatively high-quality Turkish products.

Armenia’s National Security Council recently commissioned a study, “Opportunities and Challenges for Turkey’s Lifting of the Blockade of Armenia,” from the Amberd Research Center of the Armenian State Economic University. The study has not yet been published but some of its conclusions were made available to Eurasianet.

According to the report’s projections, opening the border could increase Turkish exports to Armenia by 65 percent, and increase Armenian exports the other way by up to 42 percent. While the report notes that opening would reduce logistics costs and enable access to new markets, it concludes that the risks to Armenian industry are “very high” and that competition with cheaper Turkish goods is “a matter of national security for us.”

Turkish products have long been widely available in Armenia, but they must be imported via a third country, usually Georgia. The border between Turkey and Armenia has been closed since 1993, during the first Armenia-Azerbaijan war, when Turkey unilaterally shut it to protest Armenians’ capture of Azerbaijani territory outside Nagorno-Karabakh.

The talks now are aimed at reopening that border, which would greatly facilitate bilateral trade and lead to even lower costs for Turkish goods. While Armenian consumers would benefit, business stands to suffer from the heightened competition.

Armenia-Turkey trade is already heavily one-sided – in 2019, bilateral trade amounted to $270 million, all but $2 million of which was Turkish imports to Armenia. But the Amberd report found that Armenia does have export opportunities in the other direction. Armenia now exports raw fur, leather, and scrap metal to Turkey, and could export more products, including animals and freshwater fish.

“However, when building economic relations with a neighboring country, the main risk concerns Turkey’s cheap and high-quality agricultural and industrial products, which may flood the Armenian market. In this regard, it is very important to take into account the issue of Armenia's food security,” the report says.

Also complicating decision-making are the heightened emotions associated with Turkey, and the deep political polarization in Armenia. In 2020, Armenia suffered a devastating military defeat to Azerbaijan, which was heavily backed by Turkey. That exacerbated Armenians’ long-standing fears of Turkey – which committed genocide against ethnic Armenians in 1915, which Ankara continues to officially deny – which Armenia’s political opposition exploits, painting any direct contact with Turkey as treason.

A recent survey found that 90 percent of Armenians see Turkey as their country’s greatest political threat, and 68 percent as its greatest economic threat. Asked about how they saw the possibility of open borders and renewed transport ties with Turkey, 35 percent saw it as definitely or somewhat positive, while 53 percent perceived it was definitely or somewhat negative.

Some Armenian economists look warily to their north, where Turkish products dominate the Georgian market. In 2019, Turkey exported approximately $1.5 billion in goods to Georgia, but imported only $300 million, according to official Turkish statistics.

Armenian business owners fear a repeat of that scenario, said Alexandr Grigoryan, an economist at the American University of Armenia and part of a group of scholars that has been carrying out research into Armenian businesspeople’s expectations vis-a-vis trade with Turkey.

Armenian business fears “the threat of economic expansion from Turkey if the Turkish state begins to purposefully apply such an economic policy,” Grigoryan told Eurasianet. “In the case of such developments, the Armenian businessmen we interviewed expect the support of the Armenian state.”

Given the comparatively small size of Armenia’s economy, its importance to Turkey is likely to be local rather than national, said Guven Sak, the managing director of the Turkish think tank TEPAV. Armenia "is not a place that can be a source of growth for the Turkish economy on a national scale" but it could be "extremely beneficial" as a regional development project for border cities, Sak told Turkey’s Anadolu Agency.

The Armenian government has not yet announced any plans to protect the country’s businesses in the event the Turkish border opens, and an Economy Ministry spokesperson told Eurasianet that it had not carried out any projections of possible impacts.

Following the 2020 war, Armenia imposed a ban on Turkish imports of consumer goods in protest of Turkey’s heavy backing of Azerbaijan.

The import ban was lifted at the beginning of 2021, as Yerevan and Ankara began to take steps toward normalizing relations, appointing envoys and carrying out their first bilateral meetings in more than a decade.

Direct flights between the two countries began on February 2, carried out by both FlyOne Armenia and Turkey’s Pegasus Air. There had been no direct flights since 2020 when AtlasGlobal, the last airline to fly the route, went bankrupt.

The envoys met in Moscow in January and are scheduled to meet a second time in Vienna on February 26. Diplomatic progress is sure to be slow and there is no timetable for when, or even if, the border will open.

“Maybe in a particular segment of the economy some goods will lose their competitiveness, but it will make you think about what new opportunities appear after the opening of the border,” Prime Minister Nikol Pashinyan said during an online press conference on January 24.

“I have already called on the medical centers of Yerevan and the city of Gyumri to improve their technologies and medical services, which, when the border is opened, will be used by Turkish citizens living at a distance of up to 200 kilometers from the Armenian border, because these services are not developed there,” Sukiasyan told reporters on January 17.

Sukiasyan’s family is in fact already benefiting: His brother is a co-founder and board member of FlyOne Armenia, one of the carriers that started flying the Yerevan-Istanbul route.