Today, in spite of their relatively small numbers, Armenians work to maintain their presence in Jerusalem. 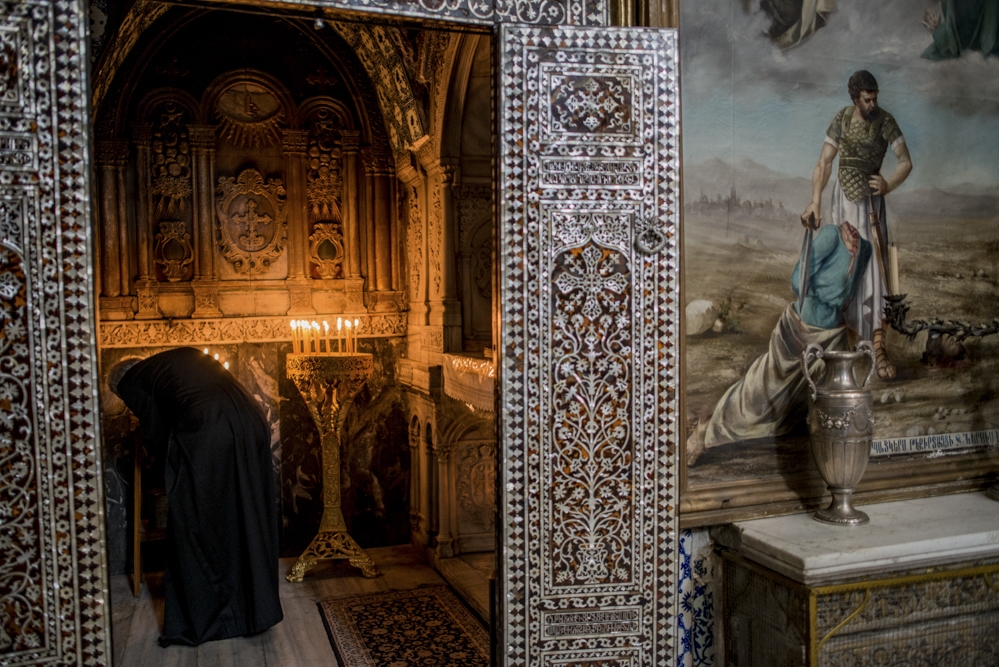 A priest maintains the chapel, inside which the head of one of Jesus Christ’s apostles is believed to be buried 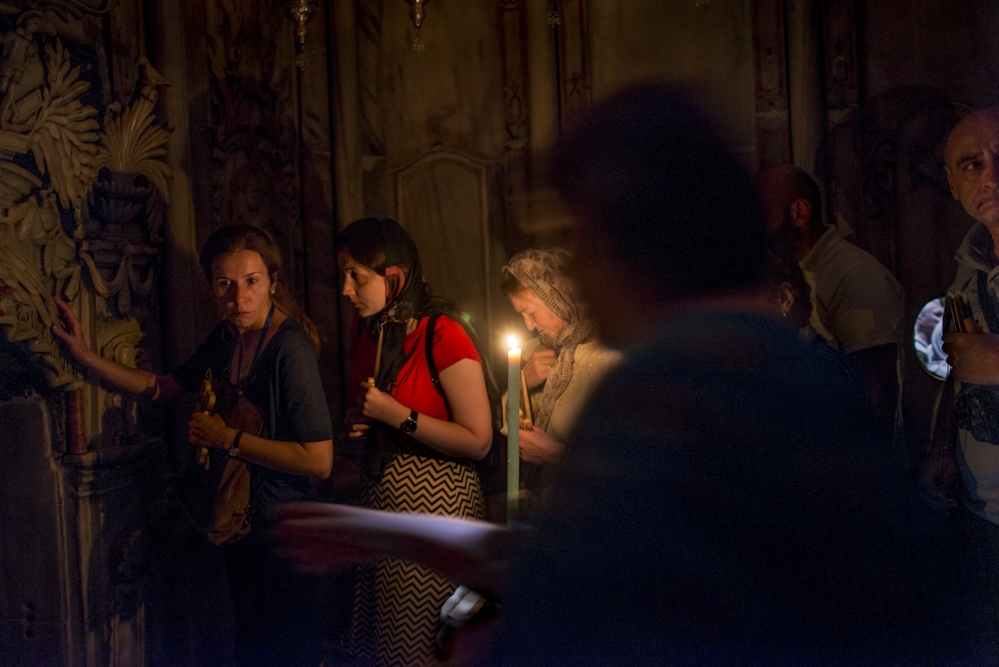 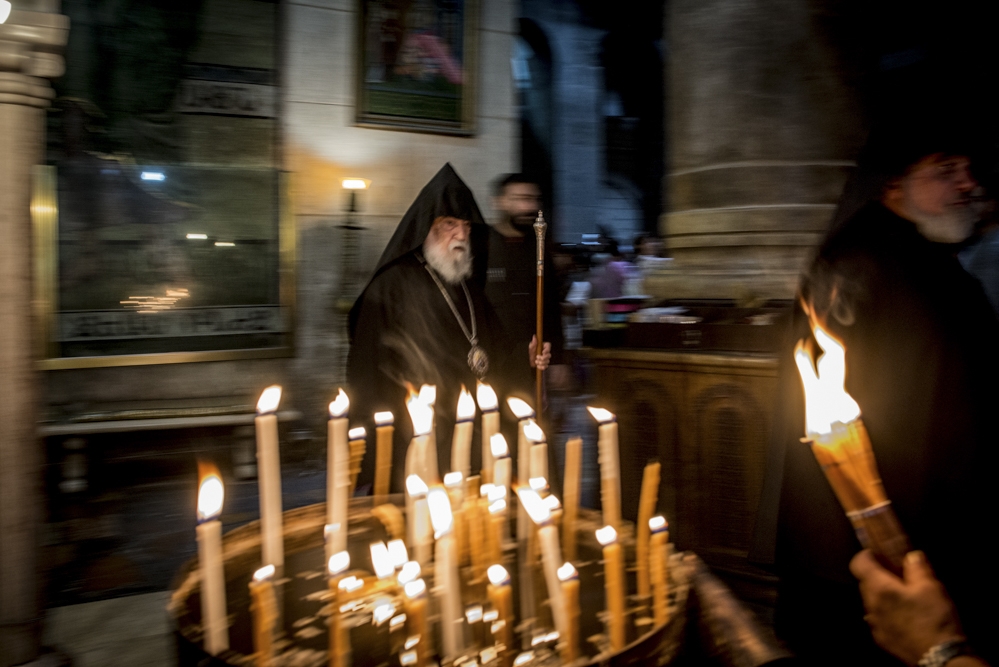 Archbishop Sevan Gharibian, Grand Sacristan of the Armenian Apostolic Patriarchate of Jerusalem, walks after a procession 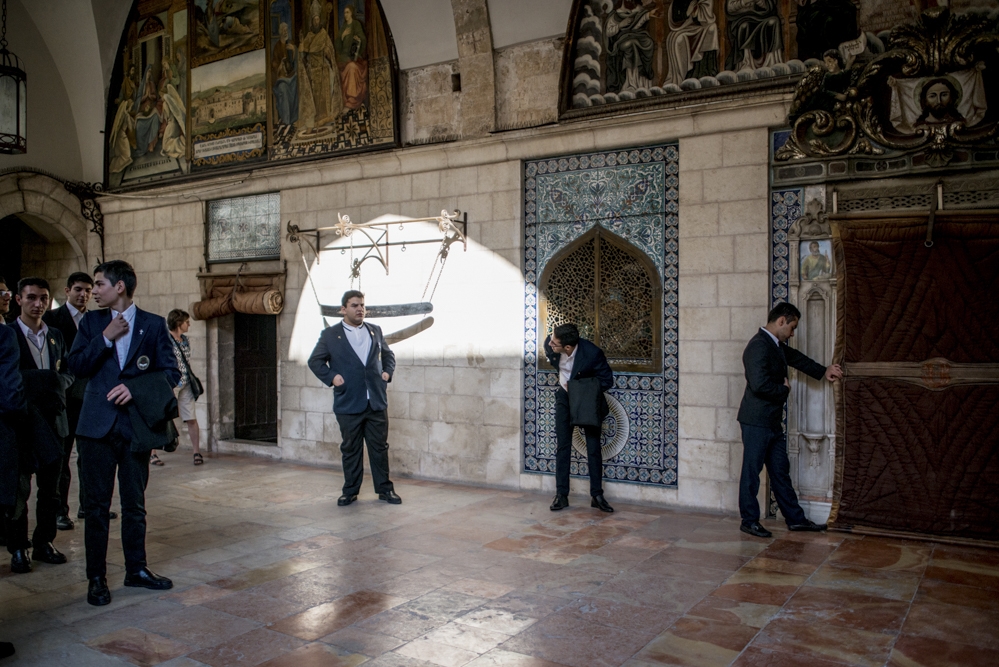 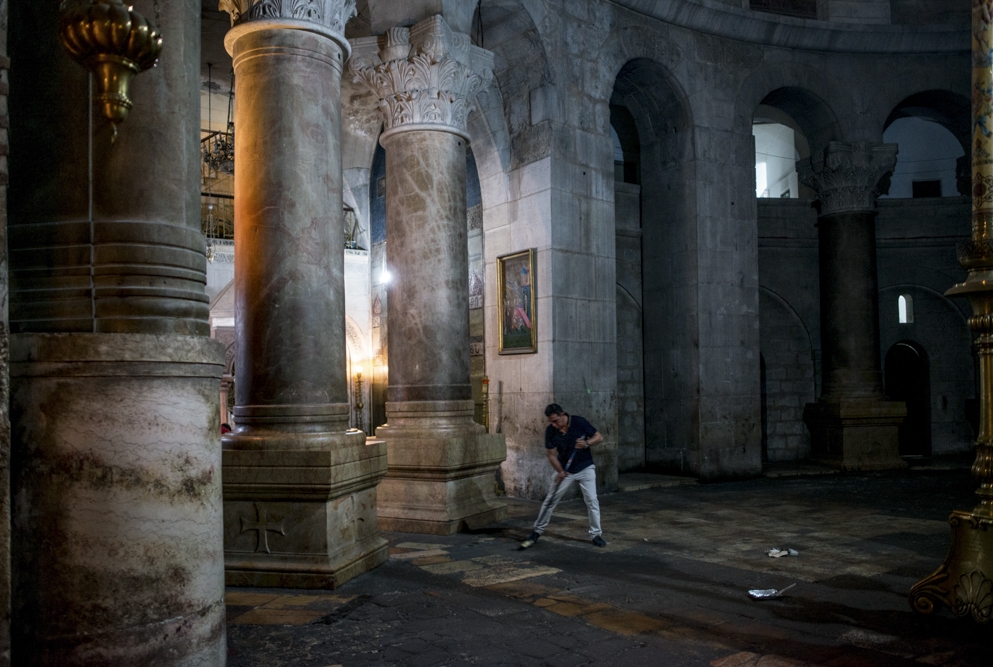 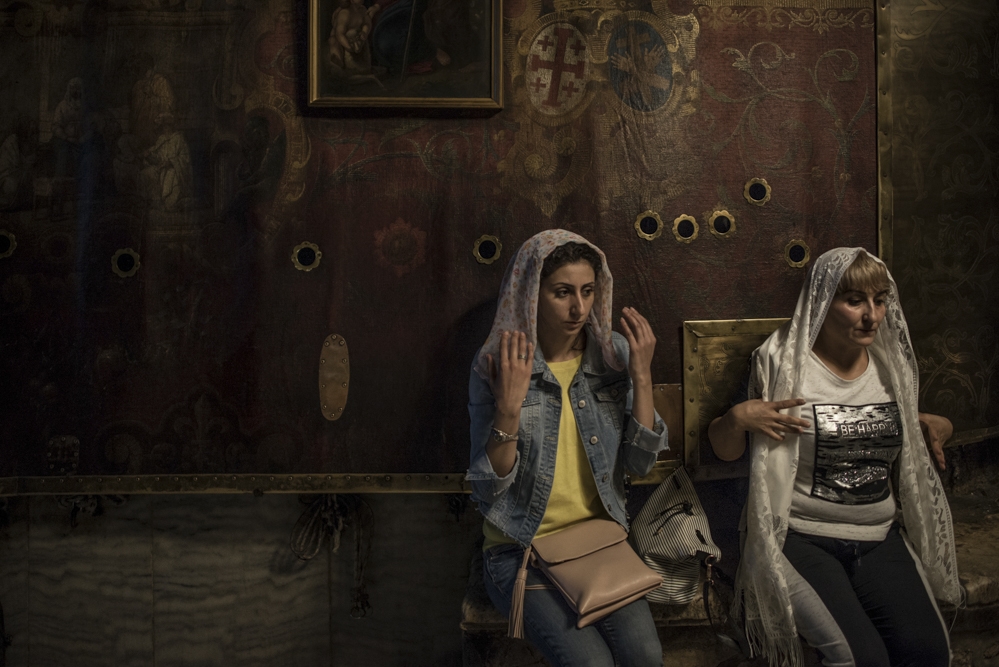 Armenian women pray in the Grotto, the believed location of the cave where Jesus Christ was born 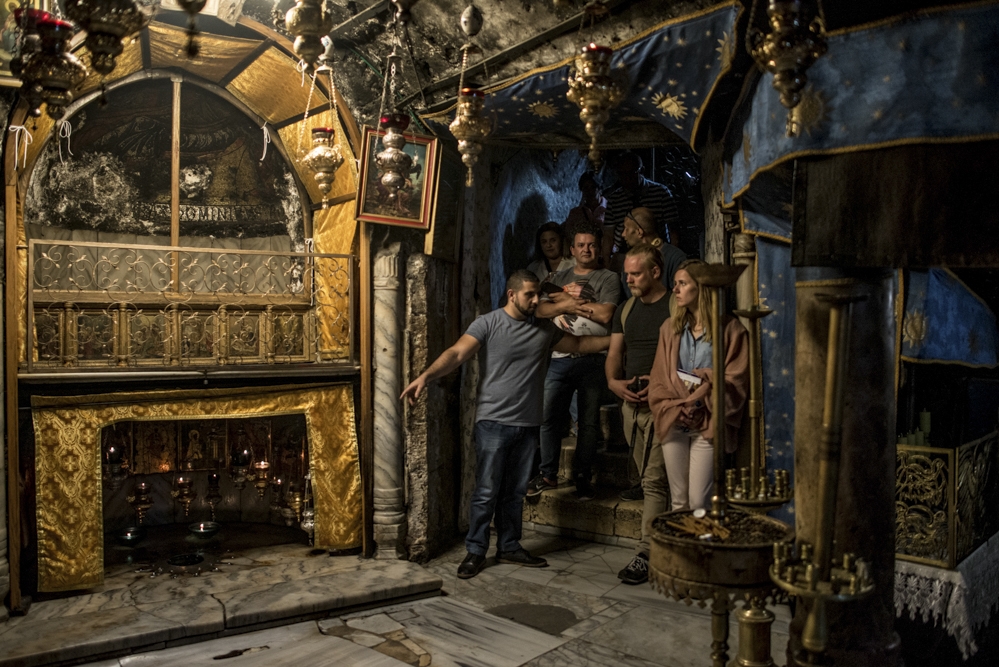 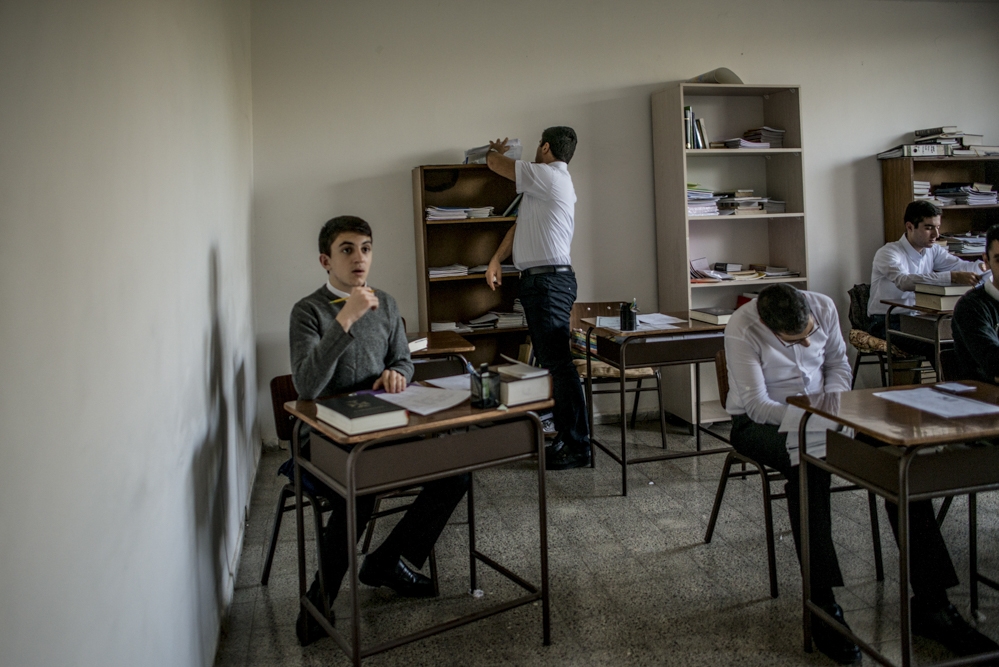 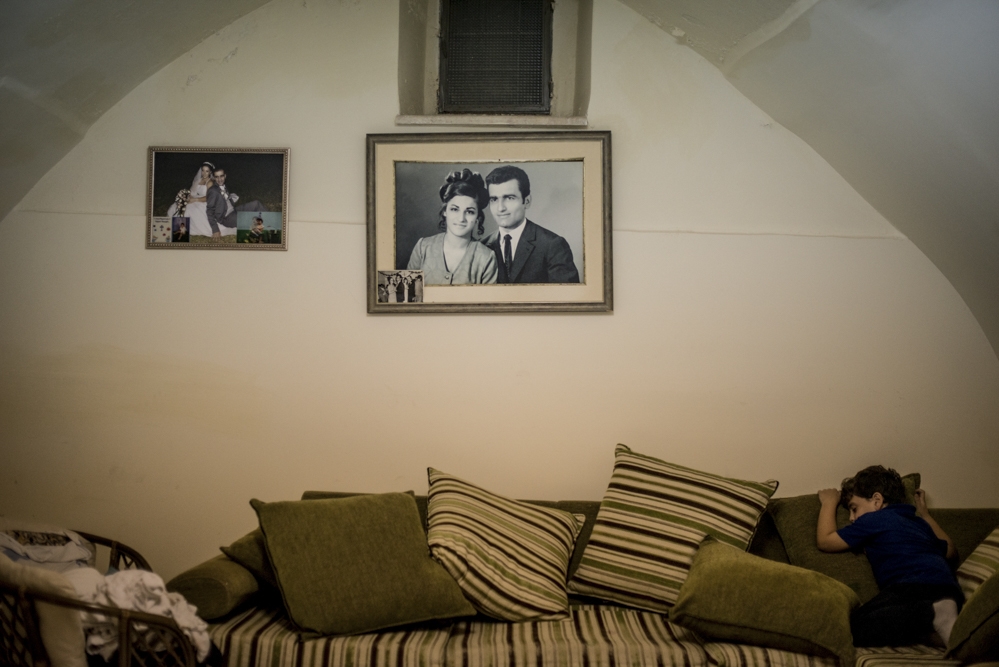 A child plays in the living room of the house of Arpine Yezigelyan, 65, in the Armenian Quarter in Jerusalem 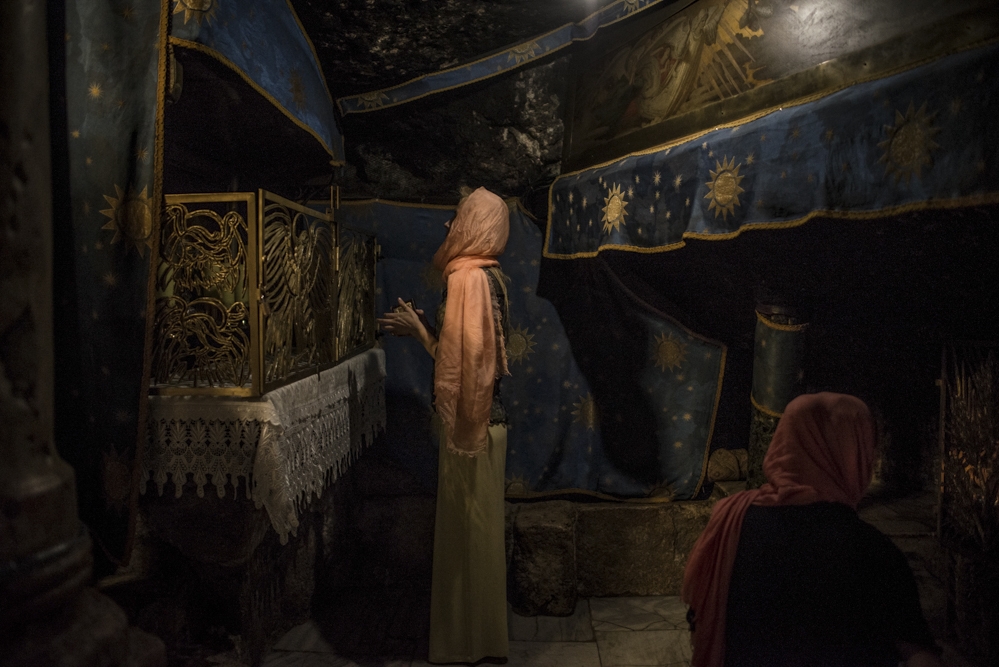 Women pray in the Church of the Nativity in Bethlehem, West Bank, Palestine 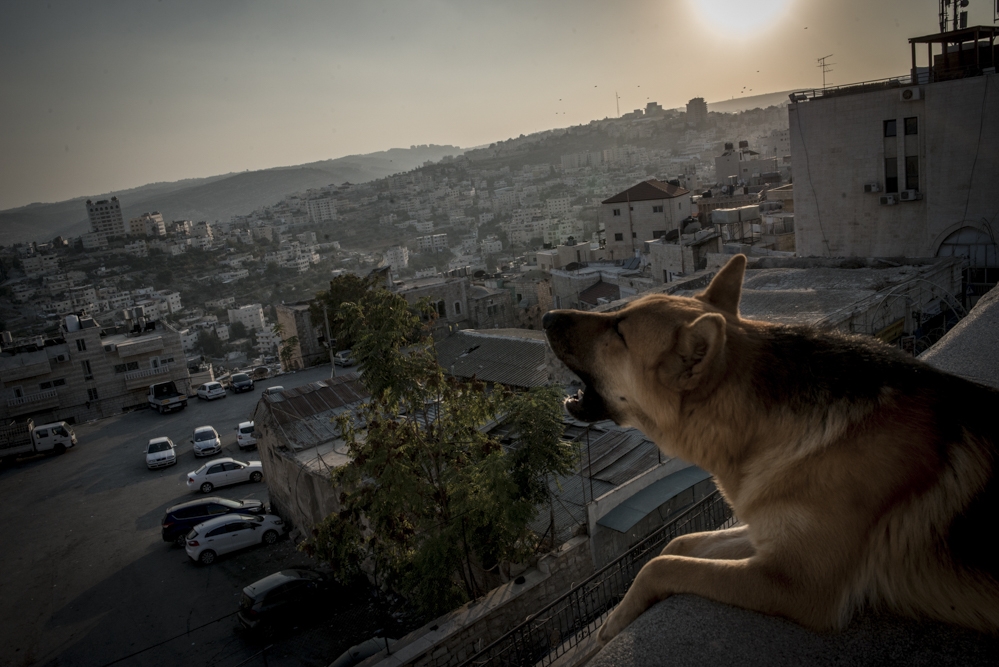 Late at night in Jerusalem’s Church of the Holy Sepulchre, a small group of Armenians took their turn to clean the site where Jesus Christ is believed to have been crucified and buried.

They wiped the top of the tomb and refilled the oil lamps. The priests did it a bit perfunctorily, part of a daily routine, while the ritual visibly moved the pilgrims. Some were in tears.

There has been an “Armenian Quarter” in Jerusalem, covering about one-sixth of the territory of the Old City, for centuries. Armenians began settling in the city in the 4th century, after the official conversion to Christianity.

As a result of a painstaking agreement worked out centuries ago, when Jerusalem was under Ottoman control, Armenians share responsibility for maintaining some of the city's most sacred Christian sites. At the Church of the Holy Sepulchre, the Armenians clean inside the edicule, which encloses the tomb, and its surrounding area, several times a week.

In 1948, Armenians in Jerusalem numbered about 16,000. Today, that number has shrunk; estimates range from 700-1000, with a smaller community in Bethlehem.

Some in the community are concerned about the decline in their numbers. In addition to continuing unrest in Jerusalem, some Armenians feel they are less welcome in Jerusalem these days, despite their integral, centuries-long presence in the city. “We are not given international passports and are often mistreated – like other ethnic groups who are not Jewish,” one woman from the Armenian Quarter,who did not want to be identified, told Eurasianet.org.

This has implications for Armenians' role in maintaining Jerusalem’s sacred sites, as well: the community supports the Armenian Patriarchate in Jerusalem, which in turn administers the Armenian Quarter. Some Armenians feel that their declining numbers, and their quarter's high value – a hub of tourism in the Old City – could lead to them losing ownership.

Today, though, in spite of their relatively small numbers, Armenians work to maintain their presence in Jerusalem. About 40 students, most of them from Armenia, study at the Theological Seminary of the Armenian Patriarchate of Jerusalem. There are daily Armenian church services in Jerusalem and Bethlehem, and a steady stream of visiting pilgrims from Armenia and the diaspora. Centuries on, Jerusalem's central role in Armenian religious life remains constant.