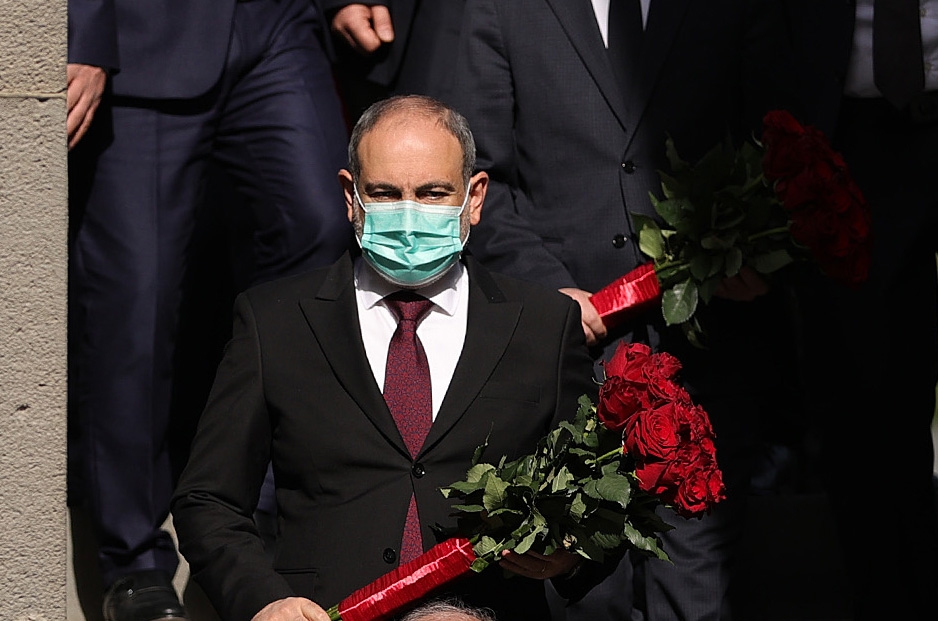 Armenia’s election campaign isn’t supposed to start until June. But politicians and parties have already been lining up to make their case to a skeptical electorate, still shocked from last year’s defeat in the war against Azerbaijan and distrustful of the country’s political class.

Prime Minister Nikol Pashinyan resigned on April 25 but remained in the post as acting premier, a formal step required by the constitution to trigger elections. The election is scheduled for June 20, and while the law restricts political campaigns to a 12-day period before the vote, Pashinyan and his ruling My Step alliance have already been actively – if technically informally – running.

In recent weeks Pashinyan has been touring Armenia in what many see as de facto campaign events. The crowds he is attracting, though, are far smaller than those he could gather before the war, and a far cry from the rallies he would hold – sometimes topping 100,000 people – in the protest campaign that swept him to power in 2018’s “Velvet Revolution.”

The crowds these days also are more hostile. On April 21 he visited the southern region of Syunik, which since the war has been the most tense part of Armenia due to the new proximity of Azerbaijani troops. He was greeted by angry protesters blaming him for the loss in the war, chanting “Nikol – traitor!” and shouting obscenities. Several were detained.

In his public appearances now Pashinyan is escorted by dozens, at times hundreds of police officers. His events are no longer livestreamed, and critics accuse his team of selectively editing videos to show cheering crowds.

Others condemn him for making campaign-style promises as he travels around the country: to raise salaries, to invest in roads and regional economic projects.

“We do see early signs that the government is preparing to rely on the advantages of incumbency, in other words administrative resources that are in the hands of the current government,” Richard Giragosian, the head of the Yerevan think tank Regional Studies Center, told Eurasianet. He noted that the head of the Central Electoral Commission, Tigran Mukuchyan, has been in his role since 2011. “All he knows is how to deliver tainted elections,” Giragosian said.

The opposition, meanwhile, has been relatively disorganized, with all sides attacking the government for losing the war but offering little concrete as an alternative. Many parties remain undecided about how they will participate.

The two opposition parties currently in parliament, Bright Armenia and Prosperous Armenia, both have said they will take part without joining larger blocs.

The former ruling Republican Party of Armenia has yet to decide whether it will run. "Perhaps the RPA will participate in this political struggle to some extent. This struggle will not take place without us," deputy leader Armen Ashotyan told Sputnik Armenia on April 25.

The Armenian Revolutionary Federation – Dashnaktsutyun, which has been part of several ruling coalitions in the past, has said it intends to participate but hasn’t decided yet whether to run alone or as part of a bloc. The important thing, senior party member Bagrat Yesayan told a press conference, is that Pashinyan is defeated. “All political parties who are not indifferent to the fate of this country should sign an agreement that they won’t cooperate with My Step and declare that an independent investigation should be carried out into the causes and consequences of the war,” he said. “There will be two sides [in the election] – those who sign the agreement and those who don’t.”

Many in Yerevan believe that if Dashnaktsutyun joins a coalition it will be with Hayrenik, a new party created by Pashinyan’s first director of the National Security Service, Artur Vanetsyan, and former president Robert Kocharyan as candidate for prime minister.

In an April 5 interview with Russian journalist Vladimir Pozner, Kocharyan said he would likely run as the head of an alliance of two parties, which he did not name.

Soon after last year’s defeat in the war, a coalition of 17 parties (including the Republicans, Prosperous Armenia, and Dashnaktsutyun) banded together to organize street protests demanding that Pashinyan step down. They brought forward a former prime minister, Vazgen Manukyan, as their candidate to replace Pashinyan but Manukyan now says he won’t run.

The National Armenian Congress, headed by former president and Pashinyan mentor Levon Ter-Petrossian, also has yet to confirm its participation. But Ter-Petrossian has become sharply critical of Pashinyan, and recently said the decision to call early elections without leaving office was unconstitutional.

The nationalist, pro-Western and anti-Russian Sasna Tsrer party has said it is forming an alliance with smaller parties of a similar ideology, called National Democratic Pole.

“Dear people, you have to finally understand that the authorities are offering us fake elections, to drown in the Turkish sea or the Russian swamp,” one party member, Garegin Chugazyan, told an April 16 demonstration in Yerevan. “They want to cut down the tree of our statehood with a Turkish axe or a Russian saw, and only your participation in the resistance movement can put a stop to it.”

Voters surveyed by Eurasianet say they are uninspired by their options.

“I might not vote, I don’t see any proper candidate,” said Husik Zakaryan, a bookseller in Yerevan’s central Vernissage market. “If it’s going to be the politicians we know, it’s better to not participate. The war has changed so much and people have lost hope.”

Grigor, a painter at the Vernissage who declined to give his last name, said the challenge was to choose “between the bad and the worst.” Pashinyan is “the worst, he is a doormat,” he said. “A lot of people say it’s better for Nikol to stay than for the former authorities to come. Even my daughter says that, and she doesn’t even remember those times. But the former authorities didn’t kill 5,000 young men in the war. That’s the difference.”

Giragosian, the analyst, said the elections are necessary following the extended political crisis caused by defeat in the war. “The good news is that, given the lingering political crisis that has been exacerbated by war, COVID, and vendetta politics by the prime minister, the decision to call elections is an important legal, constitutional way to begin to resolve and manage this political crisis or polarization,” he said.

But he said the vote itself is not going to deliver much for Armenians.

“There is little choice in terms of policies but rather a contest of personalities,” he said. “We see a very low level of political discourse without any real debate about critical national issues. The government is still in a state of denial, failing to adjust to the new reality. The ordinary voter demands much more but unfortunately will be given much less.”