The charges come just two weeks after Serzh Sargsyan broke his silence since leaving office, heavily criticizing the current authorities at a conference in Croatia. 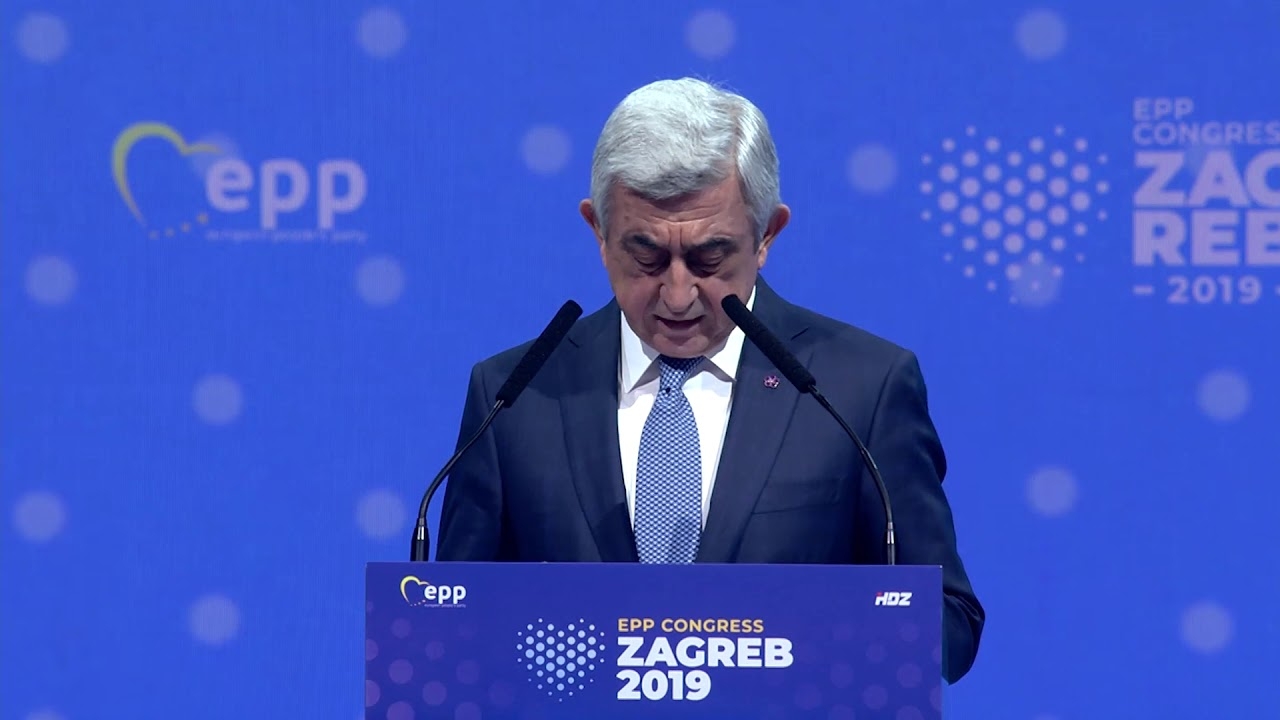 Screenshot of former president of Armenia Serzh Sargsyan delivering a speech in Zagreb on November 20.

Armenia’s dethroned prime minister and president, Serzh Sargsyan, has been indicted on charges of “theft of state money,” the country’s Special Investigative Service (SIS) announced December 4. Sargsyan has been barred from leaving the country.

The indictment says that Sargsyan used his official position in January and February 2013, when he was president, to steer a government fuel contract to a particular company that cost the state an additional 489 million drams in subsidies, about $1 million. It is not made clear in the indictment how, or if, Sargsyan personally profited from the intervention.

Sargsyan has now become the second former leader of Armenia to face criminal charges since the rise to power of Nikol Pashinyan, who became prime minister last year after leading street protests that toppled Sargsyan. Robert Kocharyan, Sargsyan’s predecessor, is in jail awaiting trial on charges relating to the violent breakup of protests in 2008.

According to the SIS, in 2013 the government issued a tender for 17 million liters of diesel fuel. A number of companies bid for the contract, the cheapest of which was Maxhur. The Ministry of Agriculture supported the Maxhur bid and passed it to the government for approval. But Sargsyan himself instead approved the bid of another company, Flash, knowing that that company would require an additional subsidy from the state, the SIS charged. Later that year Flesh got another contract that wasted additional government funds, according to the indictment.

Earlier this year, another criminal case was brought against Flash for improprieties in government fuel contracts in 2014 and 2015; it is not clear if those charges are connected to Sargsyan and the new indictment.

Following SIS’s announcement, Pashinyan said that the government was criticized for ending a government program providing subsidies for fuel and said the new indictment was a vindication. “We considered it a corrupt program,” he said in a parliament question-and-answer session. “And now it turns out that through the subsidy program, a cheap price was offered in the tender and, according to the indictment, Serzh Sargsyan ordered the state body not to buy from that company.” But he added that he had nothing more to say about the case than was in the indictment.

The SIS also said it was barring Sargsyan from traveling abroad.

Sargsyan had been nearly silent since he left office last April, but in recent weeks had returned to the public stage. On November 20, he gave his most extensive comments to date on Armenia’s current political situation at a congress of the European People’s Party in Zagreb. “There are dangerous developments jeopardizing democracy in the country,” he said. “Political persecution is underway. Aggressive actions against opposition media and activists, intolerance and hate speech have become regular occurrences, reaching alarming dimensions.”