Restrictions had already been getting tighter, and now the government is taking further steps to outlaw criticism. 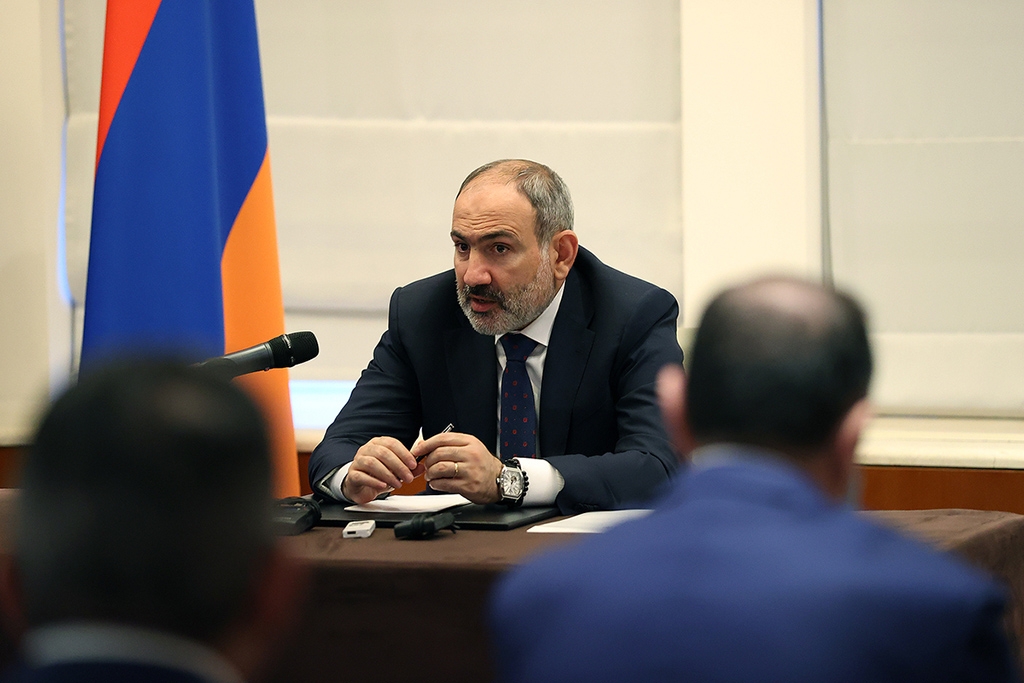 “Armenia is a bastion of democracy” has become a catchphrase for the government that has ruled since 2018. But international watchdogs are alarmed as the authorities increasingly threaten the country’s freedom of speech.

These efforts have accelerated over the past year, following Armenia’s loss in the war with Azerbaijan and increasing political pressure against the ruling party and Prime Minister Nikol Pashinyan.

On October 9, the Constitutional Court upheld a new law passed this year that substantially raised the penalties for insults aimed at individuals for their “public activities.” The maximum fine for the offense is about $12,600, or on the order of 30 times the usual monthly salary of a journalist in Armenia.

Critics say the law was designed to protect government officials, and in at least two cases since the beginning of September at least three Armenians have been charged with violating the law for insulting Pashinyan on Facebook.

So far, no journalists have been charged under the new law, but press freedom advocates are concerned about a chilling effect.

The new law represents “a huge step back for freedom of expression in Armenia and a serious threat for press freedom," said Jeanne Cavelier of international press watchdog Reporters Without Borders. Cavalier told Eurasianet that the Constitutional Court decision was "very disappointing" and said the law could "seriously deter and intimidate the press.”

Undeterred, the government appears to be pressing ahead with more restrictions. On October 19, a member of parliament from the ruling Civil Contract party, Artur Hovhannisyan, proposed amendments to the Law on Mass Media that would effectively ban the use of unidentified sources.

The revisions alter media law in several ways, including adding requirements for media outlets to submit financial reports and to disclose their ownership. But the most attention has been paid to the amendment that would make media outlets liable for slander if they cite an unidentified source who is deemed to have defamed or insulted someone.

In fact, under Armenian law a court can only force a journalist to disclose a source in the case that the information is needed to solve a serious crime. Even in those cases, the European Court of Human Rights typically rules in favor of the journalist being allowed to maintain the secrecy of a source.

To many observers, it appears that the law was particularly aimed at the anonymous Telegram news channels that have proliferated in Armenia in recent years. Many of them specialize in news about politics, military, and foreign policy – usually with an anti-government perspective – and their scoops are often reprinted in more traditional online media. One channel that has particularly gotten under the skin of the authorities is Mediaport, formed after the end of last year’s war with Azerbaijan and which frequently leaks information – sometimes accurate, sometimes not, but nearly all critical of the government – to its 26,000 subscribers.

Media and press advocacy groups in Armenia complain that they were only perfunctorily consulted about the law.

"The parliament invited NGOs to discuss it, but nobody approved of the initiative," media expert Artur Papyan told Eurasianet. Papyan hosts a program on the news website CivilNet devoted to disinformation and fact-checking, and wonders how the law will affect his work. "Can I keep doing my program, or will I be dragged to court?"

While the law appears to be targeting Telegram channels, “it is clear that tools to control the media are being created to be used selectively, targeting only certain media outlets," Papyan said.

Even before these new laws were introduced, there had been signs of a growing crackdown on freedom of speech. The Armenian media rights group Committee to Protect Freedom of Expression registered 10 legal cases filed against media and journalists in the first quarter of 2021, and 23 in the second quarter. Of those cases, 12 were filed by a single person and companies associated with him: Khachatur Sukiasyan, a businessman and recently elected member of parliament from Civil Contract, the ruling party.

"Even without the [new] restrictive legal measures, the flow of lawsuits against media and journalists drastically increased during the second quarter,” the organization wrote in a July report.

Meanwhile, government officials – led by Pashinyan himself – have tried to turn their supporters against the press by using inflammatory rhetoric. "At the same time, whereas this worrying evolution of laws and restrictions shows a lack of tolerance to criticism from the Armenian authorities, we observe that representatives of the government sometimes use violent rhetoric to speak about journalists,” Cavalier said.

Pashinyan has called journalists “killers” and said the media space in Armenia is a “garbage dump,” Cavalier recalled. “And Pashinyan himself used to be an editor in chief [of a newspaper]!” she added. (He used to head the newspaper Armenian Times, which is now run by his wife, Anna Hakobyan.) “This hostile speech only fuels the climate of impunity for violence and crimes against journalists.”

The crackdown on free speech is the result of the government’s “paranoia,” said media analyst Samvel Martirosyan. "The government is weak and the majority of media is not under their control,” he told Eurasianet.

Every successive government in Armenia has tried to do something about negative media coverage. "They don't think that criticism represents public sentiment, it’s very typical for all our governments to lose touch with reality and see every criticism as biased and paid-for," Martirosyan said.

“The president's office doesn't make calls to television stations, so they need laws to control information," he said. The former authorities “had an old-fashioned approach to media,” he added. “They prioritized the control of television. The current government came to power via the internet and they overprioritize the internet, giving everything there a significance that sometimes doesn’t reflect reality.”

In its Freedom on the Net report, released last month, the U.S-based human rights organization Freedom House registered a drop in Armenia’s internet freedom, from 75 out of 100 in 2020 to 71 in 2021.