The government is introducing legislation that would make it easier to investigate businesses in Armenia, fulfilling a promise to increase transparency. 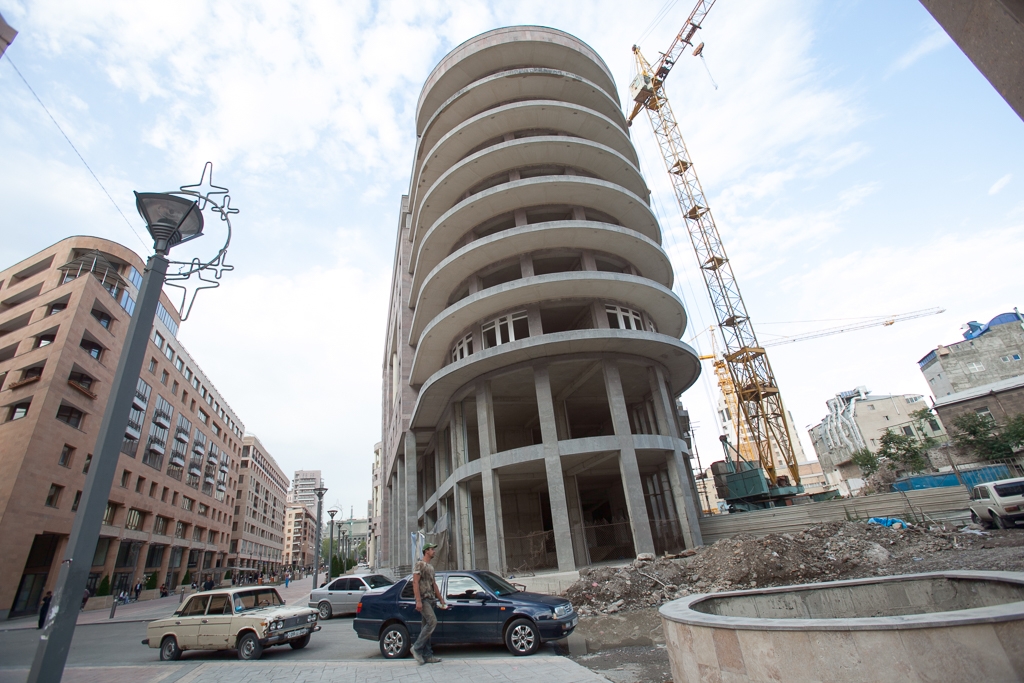 Armenia is considering new legislation that would substantially ease access to state business and land registries, a boon to investigative journalism and fighting corruption.

Currently, looking up one business record in the Ministry of Justice registry costs $7, and a land record $10. That can quickly add up for journalists, especially if they are working on a story that requires them to cast a wide net.

But the ministry is proposing a number of pieces of legislation, including one submitted on June 28 that would make it free for journalists to access the ministry’s State Register of Legal Entities. Sisak Gabrielyan, a former journalist who is now a member of parliament in the ruling “My Step” alliance told Eurasianet that legislation doing the same for the state land registry is planned before the end of the year. Another initiative in the works would force mining companies to report their real ownership.

My Step dominates the parliament, and the backers of these initiatives say they expect them to pass easily.

The new government, led by Prime Minister Nikol Pashinyan, came to power last year on a promise to eliminate the endemic corruption that has plagued Armenia since it gained independence nearly three decades ago. Some of the new figures now in power, including Gabrielyan and Artak Manukyan, another My Step MP and a former expert at the Armenian office of Transparency International, have been particularly outspoken on increasing access to public records.

Investigative journalists working in Armenia have hailed the moves. “I do a lot of work on government purchasing, and when I’m picking which company records to buy I have to limit myself,” said Diana Ghazaryan, a reporter for the investigative website Hetq.am. Opening up the databases will be invaluable to journalists in Armenia, she said. If the law passes, “we would be able to easily examine the data and expose numerous corruption-related transactions,” she told Eurasianet.

Corruption in Armenia frequently takes the form of a senior government official controlling a business through proxies. In one recent, and relatively simple, alleged scheme, an official in the government procurement agency was accused of steering official business toward a company connected to his brother. In a more complicated case, a nephew of a former minister of finance, Gagik Khachatryan, was allegedly director or shareholder at least 15 businesses. Unmasking those proxies and tracing the links between their businesses is possible, but laborious, with sufficient access to land and business records.

Hetq was able to unravel both schemes by poring through business registry documents.

Public documents are the sine qua non of investigative journalism, said Ilya Lozovsky, the managing editor of the international investigative news platform OCCRP. “In our case, it can make the difference between having a story and not having a story, since we won't accept a story that's sourced only from second-hand information or verbal interviews,” he told Eurasianet. (Disclosure: This reporter has worked in the past with OCCRP and has received a fellowship from the organization.)

Currently, journalists in Armenia can only get basic information from the public registries without paying – like the address, date of incorporation, and founders of a business. To get more details, such as names of shareholders, directors, the business’s charter and so on, one has to pay. Good investigative work requires a lot of fishing, and when a journalist has to pay per document, the cost can be prohibitive and make it effectively impossible to do the story. To establish the real owner of a business a journalist may have to buy dozens of company records to determine what figures they have in common, a process that can eventually lead to the real owner.

For a recent investigative piece published by the news site Civilnet on the properties owned by Armenia’s political elites, Mkrtich Karapetyan spent about $68, but he had to do a lot of legwork ahead of time to minimize his spending. “The fact that registries aren’t free makes it very difficult to do our jobs,” he told Eurasianet.

Karapetyan sees room for other improvements, as well, in Armenia’s government transparency. A request under the Freedom of Information Act should take only five days but can take up to 30 days to fulfill in more complex cases; in neighboring Georgia it is just 10 days.

One journalist who has been advocating for opening up the databases, Artak Hambardzumyan, said the move would place Armenia in line with other “post-revolutionary” governments like those in Georgia (following the 2003 Rose Revolution) and Ukraine (following the Maidan revolution in 2013-4) which both opened up their public records in a similar fashion. “[I]n both cases, the creation of generally free of charge business registers was considered as an important change for the democratization of countries and was one of the triggers for the rise of investigative journalism,” he wrote in a Facebook post.

But Hambardzumyan said the registry should be opened to everyone, not only journalists. “How will they define who is media and who is not? What about freelance journalists, or foreign investigative media, or NGOs?” he wrote in a Facebook post after the legislation was submitted. He also noted that the government only took in about $30,000 in fees from registry access in 2018, making it a negligible revenue source.