Following an investigation into a high-level crime ring accused of selling Armenian infants to foreigners, women who think they may have been victims are demanding justice. 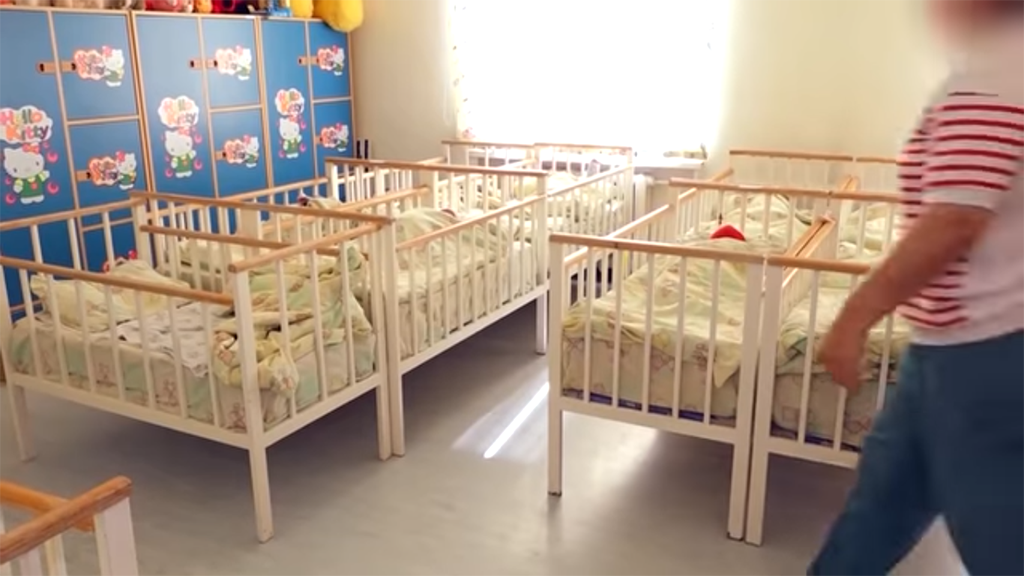 Screenshot of a video released by Armenia's National Security Service, announcing an investigation into an organized crime ring accused of selling babies abroad.

A group of Armenian women who suspect they are victims of an organized crime baby-stealing ring have protested in front of the state prosecutor to demand justice from the doctor accused of leading the scheme.

Armenia has been shocked by revelations of a high-level conspiracy to sell babies to foreigners. The National Security Service (NSS) announced in November that it was opening an investigation into the sale of more than 30 Armenian babies, and three suspects – two senior doctors and the head of a state-run orphanage – were arrested.

According to the NSS, between 2016 and 2018 a number of young women – apparently especially vulnerable ones, including poor and uneducated women – were coerced into carrying out their pregnancies to term against their will and then forced to give up the babies. In other cases, medical workers fabricated or exaggerated a newborn’s illness and pressured mothers to give them up. The infants were alleged to have been taken to state-run orphanages, where senior employees arranged illegal adoptions of the babies by foreigners, for the most part Italians.

The three main suspects – Razmik Abrahamyan, the head of the maternity clinic at the Armenia Republican Medical Center, his deputy Arshak Jerjeryan, and Liana Karapetyan, the director of a state orphanage, were all subsequently released. Abrahamyan was released without bail.

All the accused have denied the charges. “The maternity clinics have nothing to do with this,” Abrahamayan told journalists following a December 21 court hearing.

But the news has planted suspicions in the minds of Armenian mothers who lost children and who have long believed that they had somehow been lied to. A number of the women protested January 10 outside the prosecutor’s office to demand a meeting with the general prosecutor and for the perpetrators to be punished, in particular Abrahamayan.

The woman shared their wrenching stories, many of which contained common threads: they did not see the bodies of the children they lost, the bodies had been transferred to the Armenia Republican Medical Center for autopsies, and there were discrepancies in the autopsy reports. Some of the women suspected they may have been victims even though they gave birth before 2016.

“I had a boy in 2017, in the Republican hospital, they lied to me that my child is dead, they didn’t give me a body,” one of the women, Naira Ayvazyan, told journalists. She said the measurements of the child she gave birth didn’t match those in the autopsy report. “They gave me a shoebox with a dismembered body. I went to the police but the case didn’t go anywhere,” she said.

Mariam Khachatryan, who gave birth to a premature baby in 2019, said that medical workers laughed when they told her the child had died, and four days later was given a body “that had turned black” and from which the organs had been removed. It had been taken to the Republican Medical Center for an autopsy.

The general prosecutor, Artur Davtyan, agreed to meet with some of the protesters. Haykuhi Khachartryan, head of the NGO Armenian Mothers, which helped organized the protest, said they would not give up until they got results. “We will continue protests in front of the court until Abrahamyan is arrested,” she said. Khachartryan gave birth to a child in 2019 at the Republican Medical Center that she was told had died. But she never saw the body.

The NSS announcement was not the first public word about the allegations. At a government meeting last January, Ararat Mirzoyan (then the deputy prime minister), said that there appeared to be a “mafia” involving Armenian maternity hospitals selling babies abroad and that the Justice Ministry was looking into the issue. Prime Minister Nikol Pashinyan expressed skepticism about the reports. “It’s a very difficult topic,” he said. “I’m shocked.”