Two days after suffering a rout, the two would-be opposition forces in parliament have not made it clear whether they intend to take their seats. 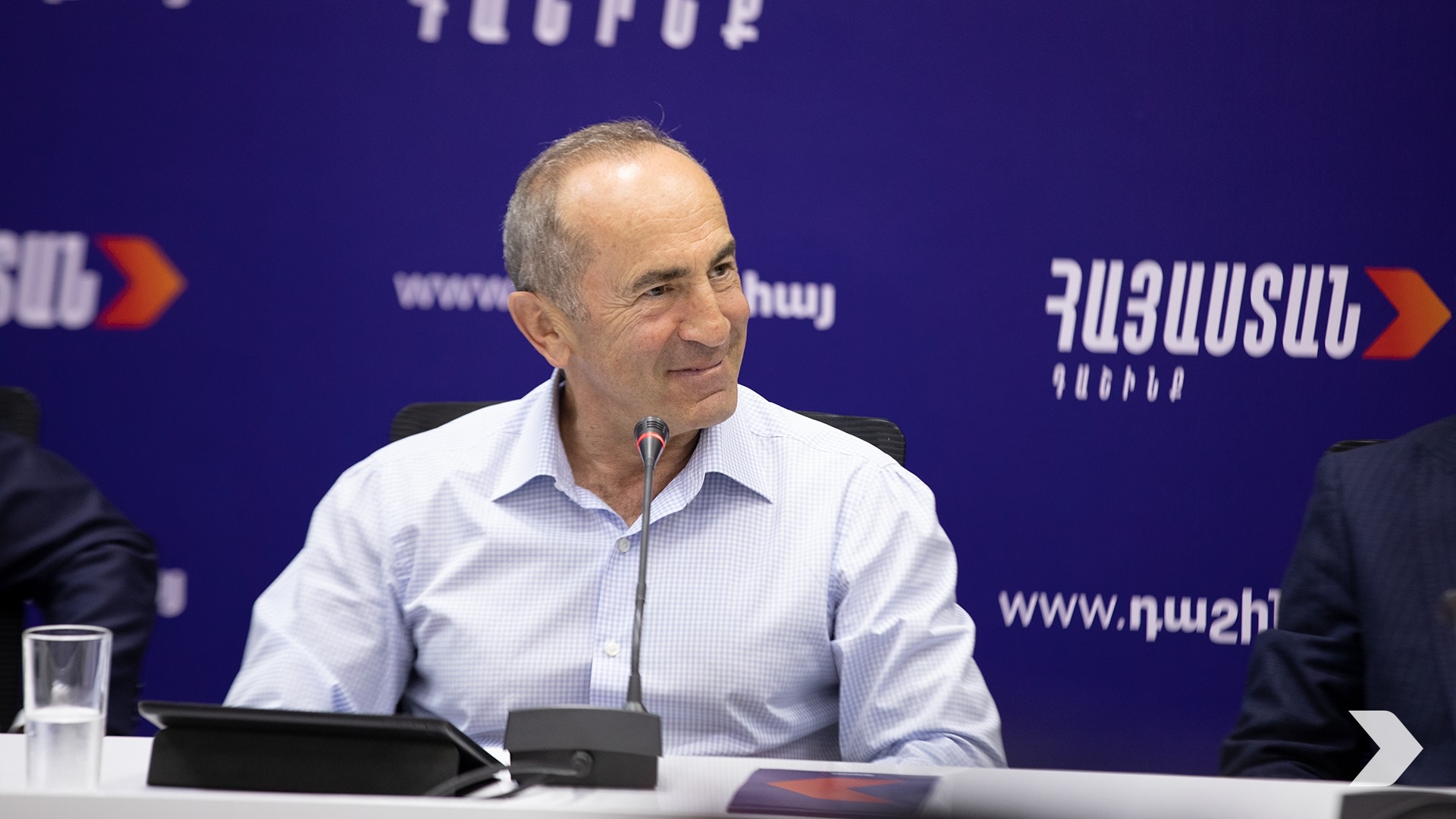 After suffering a stinging defeat in parliamentary elections, is Armenia’s former strongman president willing to be a backbencher member of parliament?

That has become the biggest political question mark in the country after Robert Kocharyan and his “Armenia” alliance were soundly defeated by political archenemy Nikol Pashinyan’s Civil Contract party in the June 20 vote. With Civil Contract set to maintain a 2/3 constitutional majority that would render the opposition virtually powerless, many have speculated that Kocharyan, having fallen short in his ambition to rule again, may not be interested in reentering politics in a lesser role.

At a June 22 press conference, Kocharyan cleared things up – a bit.

He told reporters that the alliance hasn’t made a final decision about whether to accept the 29 seats they appear to have won. But he said his personal opinion is that they should do it: "We have a lot of experience in taking the struggle to the street and combining it with parliamentary work will only strengthen our capabilities,” he said. “Our struggle will become much stronger.”

But to the many who have said they have a hard time imagining him as an opposition member of parliament, Kocharyan said he understood. To a reporter’s question about whether he would accept his mandate, he replied: "To be honest, I don't see myself in the parliament because I am more of an executive,” he said. “There are conflicting opinions among our team, some think I should use the parliament's platform, and others believe I shouldn't. I have to make a sober decision."

Ahead of the elections, one of the biggest fears was that whoever lost would refuse to accept the results, take to the streets and, in polarized Armenia’s heightened state of tension, violence could erupt. Kocharyan said that he and his allies did not intend to launch protests against the results, but would contest them through the legal system.

"We didn't take people to the streets right after the elections,” he said. “This means we are considering solving the matter solely within the law," the former president said, adding: "We have to record violations for future purposes. If our final conclusions show that there is a need to recount the votes, we will demand a second round." In the coming days the alliance would be presenting a report on violations that they observed during the election to the Constitutional Court, he said. International observers from the OSCE found “very few significant procedural errors or serious violations,” they announced in their post-election report; monitors from the post-Soviet Commonwealth of Independent States also deemed the election “free and fair.”

Still, Kocharyan also acknowledged that there were other reasons for the defeat, noting that his alliance did particularly poorly in rural areas.

"The main reason the numbers are low in villages is that we didn't manage to do any work there,” he said. “We didn't have time. The campaign was short. The TV stations we worked with didn't cover the entire country," noting that, by contrast, public television was available to all Armenians. Armenia’s National Commission on Television and Radio reported that, ahead of the election, public television gave twice the airtime to Civil Contract than it did to the “Armenia” alliance.

Kocharyan also – somewhat unexpectedly – acknowledged that his alliance may have suffered from Armenians’ disinterest in returning members of the former ruling regime to power. “The factor of the possible return of the previous authorities worked,” he said. “The fact that three former presidents participated in the campaign contributed to this.” (Another former president Serzh Sargsyan campaigned for the I Have Honor bloc, which is slated to be the third force in parliament. The party of yet another former president, Levon Ter-Petrossian, the Armenian National Congress, fell short.)

I Have Honor also have not made it clear whether they intend to take their seats. In a statement issued on June 21, they expressed dissatisfaction with the results but did not give specifics about their intentions. Alliance officials scheduled a press conference for June 23.

At a June 21 press conference, journalists asked the head of the Central Election Commission what would happen if the opposition parties refused to take their seats. He suggested it would be uncharted territory: "At this stage, we do not have a specified institution of renouncing the mandates,” he said.

But election expert Harout Manougian suggested that parliament could function normally with only Civil Contract MPs showing up, and that a similar situation prevailed for much of the post-war period, when the opposition parties often refused to attend sessions.

Some opposition supporters have called on the Armenia and I Have Honor alliances to refuse their mandates, under the logic that their purpose was to prevent Pashinyan from staying in power and they failed. “Taking the mandate will only help the capitulant carry out his plan to destroy the nation,” wrote lawyer Tigran Atanesyan on his Facebook page.

But Kocharyan said there were arguments for taking up the seats, as well. He said if Pashinyan continued – as he’s promised – to rule by “political vendetta,” that another crisis may emerge requiring yet another round of snap elections.

Former defense minister and Armenia alliance member Seyran Ohanyan “made an interesting comparison yesterday,” Kocharyan said. “When you don't complete the mission during combat but occupy positions, you have to hold and strengthen them to prepare for the next attack,” he said. “I think we achieved a good chance to continue our struggle."