In Armenia, the media is largely quiet about the affair. 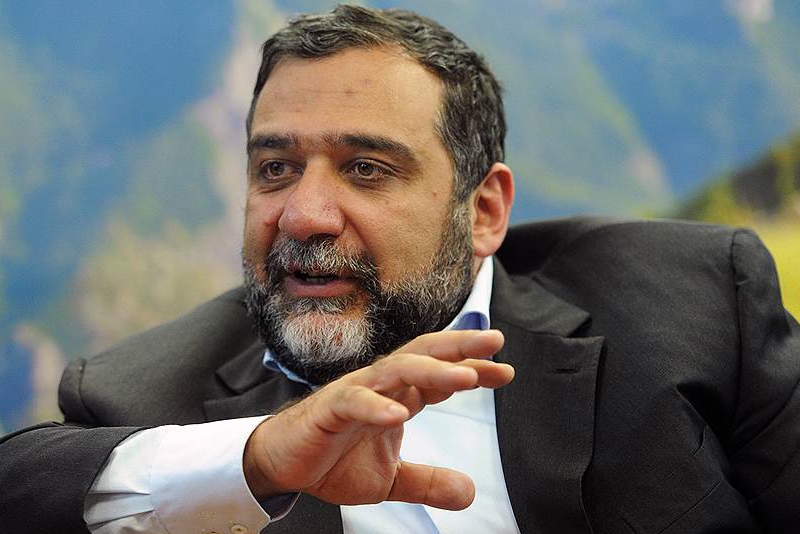 A new investigation has uncovered a money-laundering scheme close to Armenia’s most famous philanthropist Ruben Vardanyan. Vardanyan was the head and controlling shareholder of Troika Dialog, once Russia’s largest private investment bank.

The investigation, released on March 4 by the Organized Crime and Corruption Reporting Project (OCCRP) and its partners, relied on documents leaked from the now-defunct Lithuanian bank Ūkio Bankas to uncover a multi-billion-dollar money-laundering network that allegedly operated through Vardanyan’s bank.

Vardanyan, a Russian national of Armenian heritage, denies wrongdoing, telling OCCRP that his bank’s revenues topped 2 trillion rubles between 2006 and 2010 and that he “couldn’t possibly know about all the deals in a company of this size.” OCCRP added that there is no clear evidence Vardanyan was aware of the illegal transfers, which totaled almost $9 billion, and his signature appears on only one loan to a company that was part of the scheme.

The “Troika Laundromat,” as OCCRP is calling the case, didn’t only launder large sums, but also stole and exploited the identities of migrant workers. One of OCCRP’s partners, Armenian investigative outlet Hetq, found that many of the names on the leaked documents belonged to Armenian migrant workers in Russia. These Armenian migrants, often living many to a room and laboring on construction sites, were millionaires and didn’t even know it.

One, Armen Ustyan, was at home in Vanadzor (Armenia’s third-largest city), when Hetq tracked him down.

On paper, Ustyan had borrowed tens of millions of dollars. Yet his apartment looked nothing like it. Indeed, Ustyan was surprised when he saw the documents: “This signature is more beautiful than mine. Mine is more like a scratch and this one is beautifully painted.”

The investigation found that many of the beneficiaries of the suspicious transactions shared nothing in common with Vardanyan but their cultural heritage.

In a March 5 interview, Hetq’s managing editor Edik Baghdasaryan told RFE/RL that his reporters at first thought the migrants had been paid off to sign the papers. “But as we kept investigating we understood that these people had no knowledge of what happened,” he said.

The scandal offers valuable new dots for investigative journalists to connect. Some of the money appears to have been illegally obtained. The money trail reaches into Vladimir Putin’s inner circle. And Troika Dialogue appeared in the infamous Magnitsky affair: Russian lawyer Sergei Magnitsky was arrested in 2008 while investigating the disappearance of $230 million from state coffers and died the following year in a Moscow prison.

In the interview with OCCRP, Vardanyan denied any knowledge of wrongdoing. “Understand, I’m no angel,” he said. “But I have my own internal restraints: I never participated in loans-for-shares schemes, I never worked with criminals, I’m not a member of any political party. That’s why, even in the ’90s, I went around with no security guards. … I’m trying to preserve myself and my principles.”

Vardanyan and his image in Armenia

Vardanyan has made most of his wealth in Russia. In Armenia he is mostly known for his philanthropic work through the Initiatives for Development of Armenia (IDeA) Foundation that he established with his wife, Veronika Zonabend.

Environmentalists in Armenia sometimes blast Vardanyan for supporting a controversial mining project through a local bank on whose board he sits.

Authorities in Yerevan have not yet publicly reacted to the scandal, and television is largely ignoring the case. But the new premier, Nikol Pashinyan, appears to be no fan of Vardanyan, a favorite of the former government. Last September the two clashed at a forum with Russian-Armenian business leaders in Moscow.