It’s the second big corruption investigation involving Ruben Vardanyan, but in both cases the news has barely registered in Armenia. 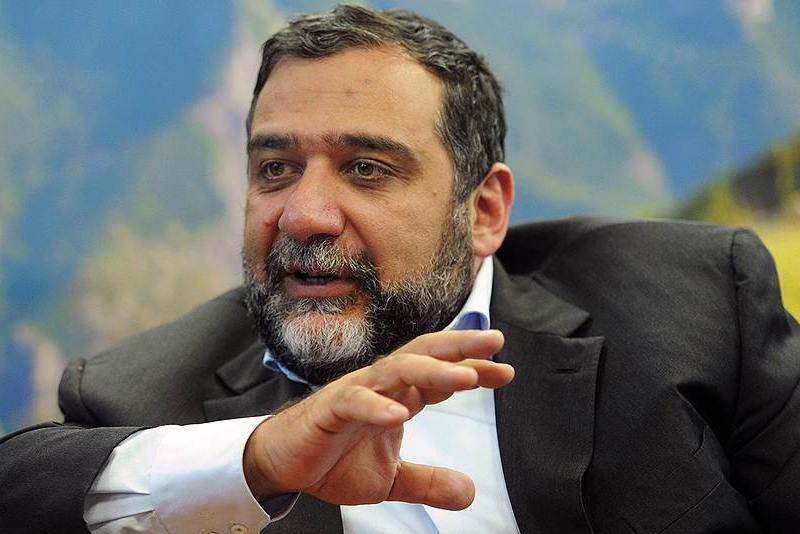 A well-respected Russian-Armenian philanthropist is at the center of another corruption scandal. But you won’t hear about it in the Armenian media.

The philanthropist, Ruben Vardanyan, is well known in Armenia for his projects including the Aurora Prize (an international humanitarian award given out at a ceremony in Armenia) and the United World College, an elite high school in Dilijan.

Now, a newly published investigation by Russian activist and investigative journalist Alexei Navalny’s Anti-Corruption Foundation (FBK) has implicated Vardanyan in a web of corruption in the Russian republic of Tatarstan. One of the deals uncovered in the investigation was a “straight up bribe” of nearly $40 million from Vardanyan to the family of Tatarstan’s president, Rustam Minnikhanov.

The investigation is centered around Minnikhanov’s family and their multiple means of using their power to steal money, but Vardanyan appears repeatedly as abetting the corruption. One offshore account where the Minnikhanov family stashed some of its ill-gotten wealth was entirely owned by Vardanyan.

FBK described Vardanyan’s well-curated reputation as a philanthropist as “just an image, apparently aimed at his foreign colleagues and partners. In fact, he not long ago paid a straight-up bribe of three billion rubles to the president of Tatarstan. A logical question might pop up here: what does he have to do with Tatarstan?”

The piece continues: “Vardanyan and Tatarstan have long and close relations. Since 2006, the shares of his [investment fund] Troika Dialog and of him himself in [Russian vehicle firm] KAMAZ, which is based in Naberezhniy Chelnie” in Tatarstan. “Together with Minnikhanov, Vardanyan sits on the political council of Tatarstan’s state venture capital fund. And in his own words, he is ‘a big fan of Tatarstan.’ It shows.”

All this has been barely noted in Armenia.

Armenian media usually eagerly cover corruption scandals. The same day that the FBK investigation was published, local gambling company Vivaro was fined more than 700,000 euros by Maltese authorities for financial irregularities, and that was heavily covered by local media.

But the Navalny report was almost completely unmentioned in the Armenian press, save for a report on the news website epress.am, said Gegham Vardanyan (no relation to the philanthropist), a media analyst at the Yerevan-based Media Initiatives Center. “The news is almost non-existent in Armenia,” Vardanyan told Eurasianet. “He’s an important, influential figure in Russia and Armenia and it’s important that Armenian audiences know about the investigations about him, at least some reporting about them.”

It’s not the first time that a blockbuster investigation into Vardanyan’s affairs went unremarked on in Armenia. In March 2019, the Organized Crime and Corruption Reporting Project (OCCRP) and partners uncovered a multi-billion-dollar money-laundering network that allegedly operated through Vardanyan’s bank. The scheme also included stealing Armenian workers identities in Russia and using their accounts to transfer money.

Then, too, the affair was ignored in Armenia. Following the OCCRP investigation, “the media started talking about the topic only after [Ruben] Vardanyan’s response,” Gegham Vardanyan said. “Television, in particular, didn’t mention the topic at all.” (Ruben Vardanyan has not responded to the FBK allegations in the Armenian press; he did tell Forbes Russia that they were “complete nonsense.”)

The reason for the silence isn’t unclear.

Vardanyan was (until August 2020) a member of the board of directors at a big Armenian bank, Ameria, and used to be board president. Ameria is a heavy advertiser in local media and while “that fact could have played a role” in the silence, Gegham Vardanyan said, “it’s just a hypothesis and even if it is partially true it’s not justifiable.”