The government recently began to crack down, and loggers – who say it’s their only way to make a living – blocked roads to protest. 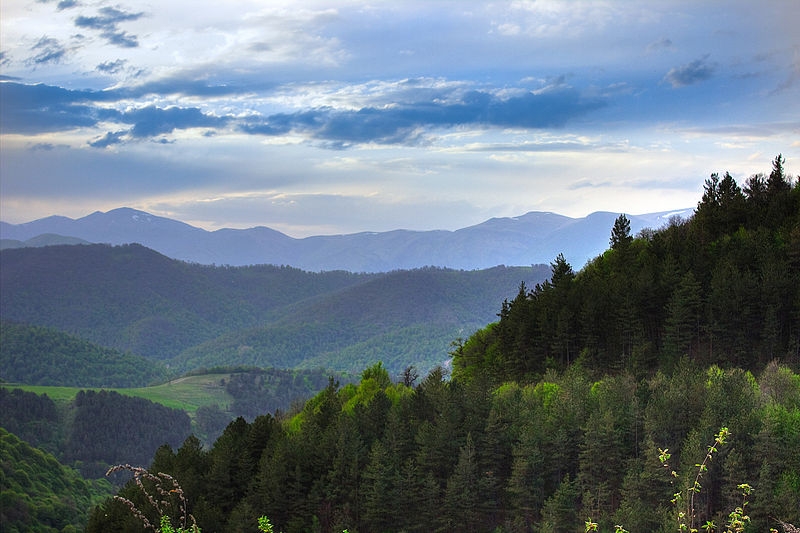 Residents of the northern Armenian city of Ijevan may have been hoping for a sympathetic response from Prime Minister Nikol Pashinyan when they set up roadblocks to protest a crackdown on illegal logging.

Pashinyan is an Ijevan native and has rhetorically championed Armenia’s little guy, and the protesters who gathered on July 17 said that the logging, mainly to sell for fuel, is the only way to make a living in the area.

But government security forces gave a harsh response to the protests. Eyewitnesses said roughly four dozen protesters were beaten, and the authorities said 11 police officers were hospitalized after being hit with rocks and sticks. The day after the clashes, police arrested 13 of the protesters on suspicion of “hooliganism and resisting law enforcement,” a spokeswoman for Armenia’s Investigative Committee, Naira Harutiunyan, told RFE/RL.

“Those responsible for yesterday’s events, as well as the organizers of illegal logging, must be strictly punished,” Pashinyan said. “We will be halting illegal logging in the most resolute manner.”

The protesters were responding to a crackdown on informal logging in the area, which was officially banned in 2007 but which has continued nevertheless. For many Armenians wood fuel is cheaper than natural gas to heat their homes, leading to a strong market in contraband lumber. Last year, a former director of the nearby Dilijan state park was accused of abuse of power in cases related to his involvement in illegal logging.

In two provinces of northern Armenia “measures were taken to prevent illegal logging,” said deputy head of the police of Armenia, Vladimir Movsisyan. “Posts were established in important areas where they could export these illegally felled trees, which caused discontent among those involved in the illegal logging, and they wanted to solve the problem by closing the roads.”

While official reports made it appear that only the police were victims of violence, eyewitnesses claimed otherwise. Hamlet Melkumyan, a cultural commentator who happened to be in Ijevan during the events and went to watch, gave an account to the news site epress.am. “Those that were in the center of events were beaten well. We are talking about approximately four dozen people. I do not know how many were seriously injured, but several people were really beaten up,” he said.

Melkumyan said the organized nature of the protests suggested outside organization, though he declined to speculate on who might have done it. “This was a well thought out place and time, and we immediately had negative thoughts that this could all be organized, could be directed by someone,” he said.

Following the clashes, environmental advocates have sought to raise awareness of the problem of illegal logging. Ayser Ghazaryan, a former deputy minister of environmental protection, posted on Facebook a GIF of satellite photos illustrating the loss of forest just in the past year.