In a slow economy, real estate deals are moving fast. It may be because property is seen as a steady investment in turbulent times. 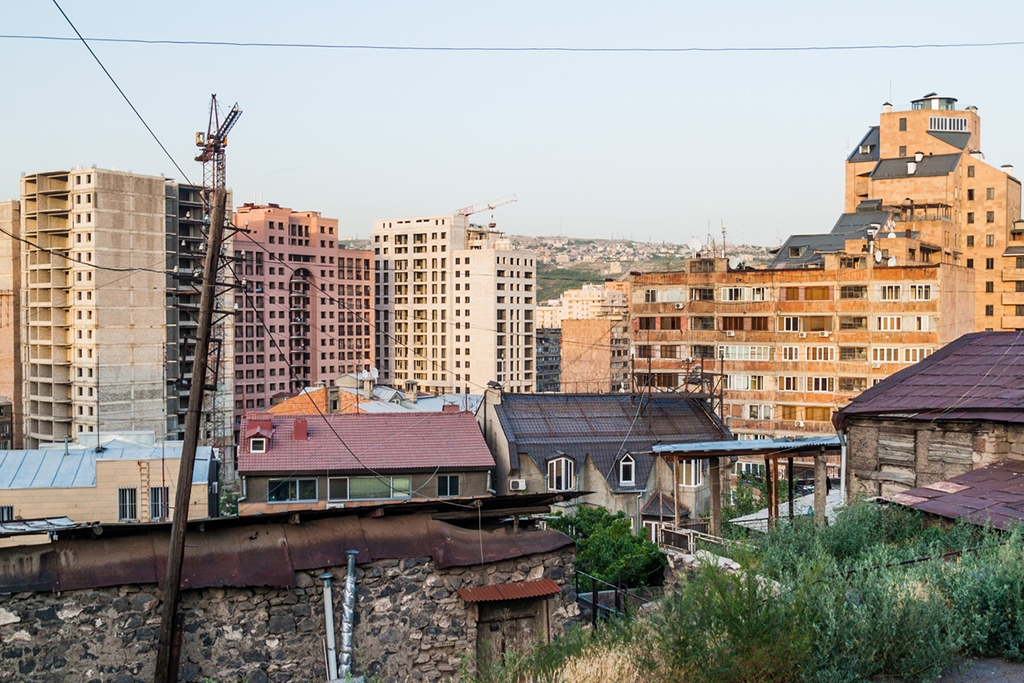 In a slowing Armenian economy, one sector is showing unexpected growth: real estate.

While the country’s economic activity index measured 4.4 percent during the first three quarters of 2021, in the real estate sector the figure was over 16 percent.

Between January and September this year, the country saw 143,000 real estate transactions -- more than 16 percent over the same period in 2020. Of all the deals, 37 percent represented property sales.

“September has been somewhat record-breaking in the real estate market. This is especially visible in the mortgage sector, which is growing fast,” Armen Nurbekyan, the head of the Central Bank’s macroeconomics department, told journalists on November 2.

“From February 2021, the real estate market started getting more active, the price drop that we had in 2020 slowly came back to normal and became equal with pre-COVID, pre-war times,” Suren Tovmasyan, the head of Armenia’s Cadastre Committee, told Public TV. “We see a positive tendency, if the economy and political situation remain stable, the market will keep growing,” said Tovmasyan.

Prices, especially in Yerevan where the activity is strongest, have been inching up. After a drop of 0.7 percent in the first quarter of 2021 compared to the previous quarter, prices increased 1.5 percent in the second quarter and 3.2 percent in the third.

“There is an unexpected growth in activity of the market; we didn’t expect that after the pandemic, and in this political situation,” Vahe Danielyan, a real estate agent, told Public TV. “I think prices will grow further.”

But the increase in activity may not be a good sign for the economy.

“The market has grown but it means that people don’t know where else to invest,” economist Suren Parsyan told Eurasianet. “Instead of investing in industries like manufacturing, trade, or services they are buying property because there is little trust that the economy will be stable.”

The active market is likely connected to a recent government decision to shut down a program that had allowed homebuyers to apply their income taxes to their mortgages.

In August, the government announced that it intended to phase out the program, citing the fact that a disproportionate number of the beneficiaries were concentrated in Yerevan. It will stop supporting mortgages in Yerevan in July 2022 and across the country by 2025.

“People were trying to get into the program before it’s too late,” Parsyan said.

The bill has already passed its first reading in parliament, the second reading has yet to be scheduled.