The prime minister has been badly weakened by the loss in the war. 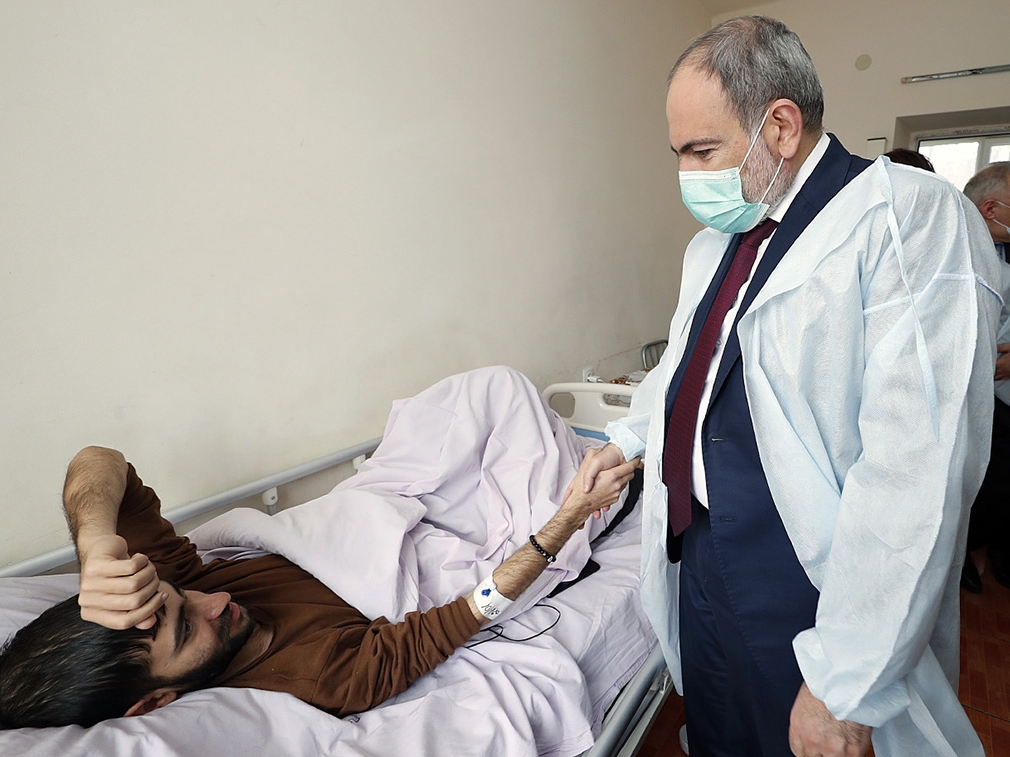 Armenia’s ruling party has walked back plans to hold snap elections, implausibly claiming that there is “no public demand” for an early vote.

At the end of December, Prime Minister Nikol Pashinyan said he would be open to early elections some time in 2021. Although no specific plans were made after that, the snap election appeared to be the consensus solution for how to get out of the political crisis in which Armenia has been mired since losing the war to Azerbaijan in November.

Now, though, he appears to have changed his mind. Following a February 7 meeting between Pashinyan and his ruling My Step alliance in parliament, the bloc released a statement on Facebook: “The prime minister’s proposal to hold snap parliamentary elections did not receive a positive response from the parliamentary opposition. There was no demand for early elections among the general public, either.”

But many Armenians are casting doubt on both those contentions. The parliamentary opposition appeared to be open to snap elections, but on the condition that Pashinyan step down first.

My Step has instead been taking steps to amend the constitution so that it would be able to dissolve parliament, thus triggering early elections, without the prime minister himself resigning.

“If you want snap elections, go for it – no one is stopping you,” said Edmon Marukyan, the head of the opposition Bright Armenia party in remarks to parliament on January 18, which he reposted on Facebook following the My Step announcement. But he added that the only constitutional way to dismiss the parliament was for Pashinyan to first step down.

It's also not clear how My Step determined that there is no public demand for early elections. “What metrics did they use to measure the public demand?” asked journalist Karine Ghazaryan on Facebook. “Facebook surveys are not a basis.”

Pashinyan has been badly weakened by the loss in the war, and as time goes on his political standing appears to only diminish. In one vivid episode, he attempted to travel to southern Armenia to meet with residents of villages newly abutting Azerbaijani forces, but was forced to turn back when angry residents – including local officials – blocked the way.

“Imagine you can’t visit parts of the country you claim to govern because the local population and local mayors won’t allow you, and yet you harbor the illusion you can be a country’s leader,” tweeted Artyom Tonoyan, a scholar at the University of Minnesota, in response to the My Step announcement. “The audacity of it all.”

There are regular protests in Yerevan calling for Pashinyan to step down, but they have remained limited in size in part because there is no clear alternative for a new prime minister.

“If the people wanted snap elections, they would take to the streets,” said My Step member of parliament Hayk Konjoryan in a February 8 interview with RFE/RL. “In meetings with us, many people are asking us not to hold snap elections.”

Ishkhan Saghatelyan, an official with the Armenian Revolutionary Federation – Dashnaktsutyun, one of the parties that has been coordinating the street rallies, predicted that the protests would grow with the cancelation of the early vote. “The citizens who thought they were going to get rid of the government through snap elections are now going to go to the streets,” he wrote on Facebook. “They will feel the public demand very tangibly.”

The My Step announcement concluded by saying that the bloc “continues to support the prime minister and the government in the implementation of the roadmap presented on November 18." That referred to a declaration immediately following the war in which the government promised to tackle a number of issues, from returning refugees to their homes to overcoming the COVID pandemic. It did not stipulate any political changes. Currently, the next elections are scheduled for 2023.

My Step’s announcement came shortly following the declaration by Robert Kocharyan, a former president and Pashinyan’s main political foe, that he intended to contest the upcoming elections. “Yes, we will run, we will fight, and we will win,” Kocharyan told journalists at the end of January.

It's not clear what chances Kocharyan might have in an election. He is deeply unpopular, but so are most other prominent figures in Armenia now. Pashinyan ally Andranik Kocharyan (no relation to Robert) told RFE/RL: “Those who have been rejected before aren’t going to be chosen by the public.” But that neglected the history of Pashinyan’s own mentor, Kocharyan’s predecessor as president Levon Ter-Petrossian, who attempted a comeback in 2008 and many believe he would have won if not for election fraud and the violent breakup of subsequent protests. Shortly after coming to power in 2018, Pashinyan’s government charged Kocharyan for his alleged role in those events.

Whether or not Kocharyan was a viable candidate, his reentry into politics may have accelerated the prospect of snap elections in a way that made the ruling party uncomfortable, said political analyst Aghasi Yenokyan, a frequent Pashinyan critic. “Kocharyan’s announcement could have prompted others in the opposition to get in line with elections, whether with him or separately, and the pre-election campaign would have been kickstarted,” he said in an interview with news website Yerevan Today.