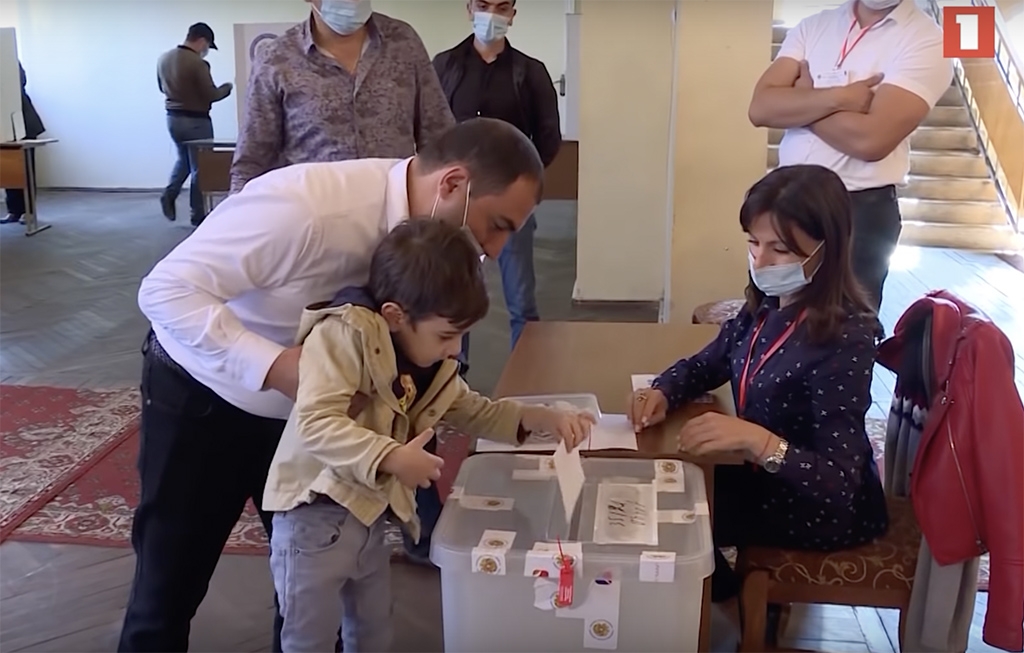 Among the ruling Civil Contract’s poor performances in the October 17 vote was in Armenia’s second city of Gyumri, where the party got 7,785 votes, after winning more than 28,000 votes in the city in June’s parliamentary elections. Incumbent mayor Samvel Balasanyan’s Balasanyan Alliance party got 9,637 votes, and under the city’s proportional system, the parties that made it over the threshold to enter city council will pick a mayor.

“It’s going to be interesting in Gyumri, because Civil Contract came second and then the vote is up to the other parties that have passed the threshold,” election expert Harout Manougian told Eurasianet. “My guess is that the Republicans [the former ruling party, still led by ex-president Serzh Sargsyan] and Zartonk [another anti-government party] will unite and vote against Civil Contract,” Manougian said.

Overall, turnout was low at 33 percent. This is despite the fact that Civil Contract, led by Prime Minister Nikol Pashinyan, had made the local elections a clear priority while the national opposition – which includes many figures from the regime that led the country before the 2018 Velvet Revolution – took a less systematic approach.

“Obviously the ruling party cared about the results in these elections, they have been trying to remove people associated with former government from every state structure,” Manougian said. Civil Contract had a list in every single city, while “the parliamentary opposition was represented either by single parties or people affiliated with them.”

Civil Contract also lost in the southern city of Goris, where the incumbent mayor won from behind bars. The bloc led by current mayor Arush Arushanyan got nearly half the votes cast, while Arushanyan himself is in jail on charges of vote-buying. Arushanyan’s supporters say the charges are politically motivated; in June’s parliamentary elections he had supported the Armenia Alliance led by another former president, Robert Kocharyan. Since those elections several local opposition-affiliated officials across the country have been jailed in what they say is a coordinated campaign against them.

Civil Contract won outright in Dilijan and got the most votes in Tegh and Tatev.

Analyst Manougian said that the national opposition leaders’ decision to take a low profile in the local votes may have been a savvy move in some places. “Definitely, a lot of people voted for Pashinyan in June to keep Kocharyan out, and vice versa, that is definitely the motivation of some percentage of voters,” he said.

In Meghri, on the Iranian border, the party that won the most votes, Hanrapetutyun (“Republic”), is opposed both to Pashinyan and the former regime.

In addition to Gyumri, the mayors in Meghri and Tatev also will be picked by city councils that are elected from the proportional system.

In one village, the only candidate drew attention for not even voting for himself.

Shamiram, whose population is largely ethnic Yezidi, had only one candidate, the incumbent Mraz Broyan. But he didn’t cast a vote, he told news website Hetq. “I’ve been working for 30 years, enough is enough.”

Armenia still has two more sets of local elections to be held in other cities this year, on November 14 and December 5.