The resignation of the foreign minister and two other top MFA officials come amid controversy over a draft agreement on resolving a border crisis with Azerbaijan. 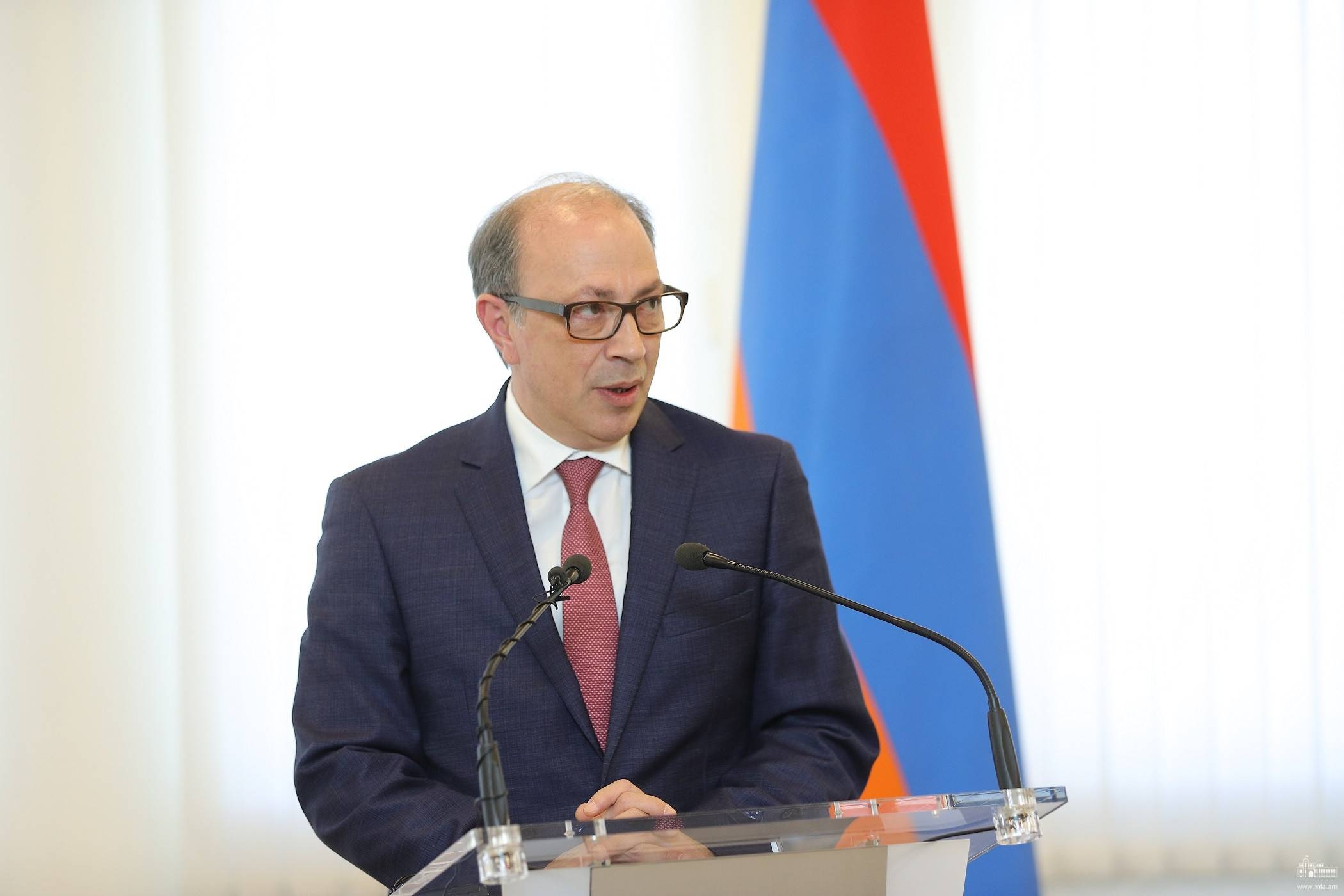 Armenia’s foreign minister and other senior diplomats have resigned amid a festering dispute over how to resolve a border crisis with Azerbaijan.

Foreign Minister Ara Ayvazyan announced his resignation on May 27. Four days later, he said goodbye to MFA staff with a cryptic statement that alluded to his unwillingness to carry out “ideas or initiatives that go against our statehood and national interests.” The same day, his deputy Gagik Ghalachyan and spokesperson Anna Naghdalyan also announced that they were leaving.

Signs of a rift between the Ministry of Foreign Affairs and acting prime minister Nikol Pashinyan had been apparent for several days. When news first broke on May 19 of a new deal in the works with Azerbaijan that would address an ongoing border crisis, among other issues, Ayvazyan was reported to be against the draft agreement.

Naghdalyan then issued a statement about the ongoing negotiations that presented a dramatically different vision of the process than Pashinyan had, suggesting that border negotiations would only take place after Armenia retook control of territory it lost during the war and a final political agreement between the two sides was reached, conditions that are unlikely to be reached soon, if ever.

The deputy minister and the spokesperson have not yet explained their resignations.

Ayvazyan assumed the post of foreign minister on November 18, 2020, days after Armenia’s catastrophic defeat in the war with Azerbaijan.

The immediate trigger for Ayvazyan’s resignation appeared to be Pashinyan’s surprise announcement that international observers, possibly from Russia or other co-chairs of the OSCE Minsk Group (the United States and France), could deploy to the Armenia-Azerbaijan border.

"That proposal, announced at an afternoon meeting of the National Security Council on May 27, stunned the Foreign Minister, who was neither consulted nor informed in advance (the Armenian president and other officials were similarly excluded from the decision-making process in this case),” said Richard Giragosian, the head of the Yerevan think tank Regional Studies Center.

There were also deeper reasons for dissatisfaction at the MFA: "His [Pashinyan’s] impulsive and at times reckless micromanagement of foreign policy was a constant and consistent source for a failed and ineffective policy process,” Giragosian said.

“Pashinyan makes his ministers into scapegoats: He doesn’t allow them freedom of action, but when there is a failure all the blame is placed exactly on them,” added analyst Armen Baghdasaryan, in an interview with Russian newspaper Kommersant.

The turmoil at the Foreign Ministry will only deepen the crisis in which Armenia finds itself, under continuing pressure from Azerbaijan and desperately seeking for international help. "The pressing challenge is not from the Foreign Minister's resignation but his replacement, especially given the paucity of qualified candidates and the poverty of policy-making in the Pashinyan government," Giragosian said.

With snap parliamentary elections less than three weeks away, Pashinyan on June 1 was traveling to Paris and then onward to Brussels. According to Armenpress, the agenda includes "possibilities for resolving the situation on the Armenia-Azerbaijan border, as well as issues related to the further settlement of the Nagorno Karabakh conflict."