The Moscow meeting was the launch of negotiations between the two countries, whose border has been closed since 1993. 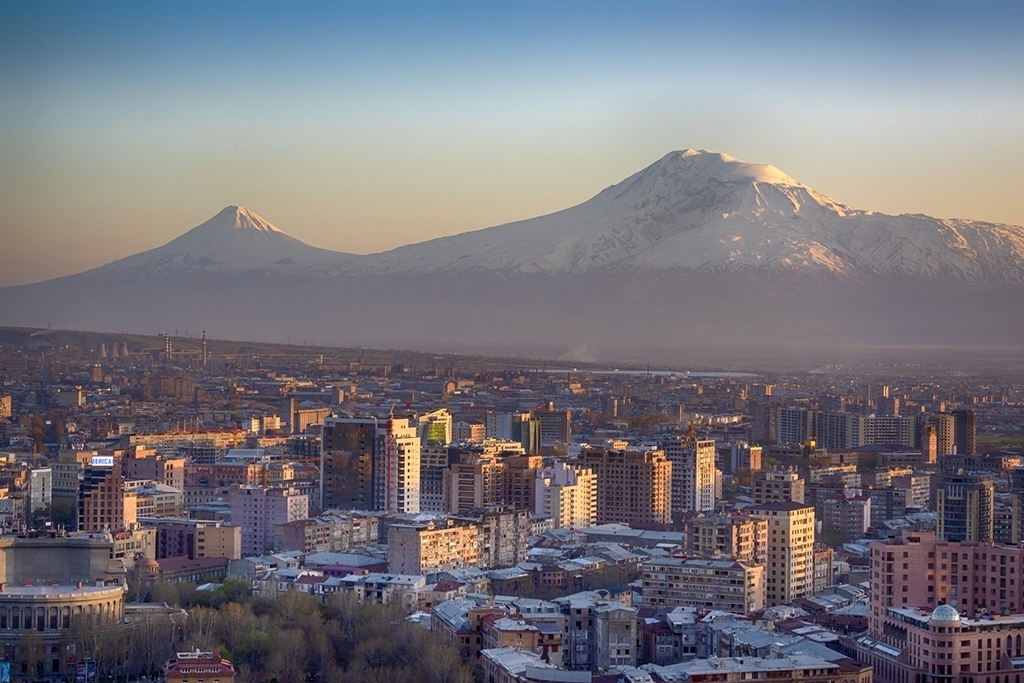 Mt Ararat stands behind the Armenian capital. The national symbol is across the closed border in Turkey. (iStock/guenterguni)

Envoys from Armenia and Turkey have met in Moscow to launch negotiations over normalizing relations.

“During their first meeting, conducted in a positive and constructive atmosphere, the Special Representatives exchanged their preliminary views regarding the normalization process through dialogue between Armenia and Turkey,” the two foreign ministries said. “Parties agreed to continue negotiations without preconditions aiming at full normalization.” The meeting was not filmed and afterwards the envoys did not speak to the press.

The two envoys were appointed in December as part of their countries’ moves toward restoring ties in the wake of the 2020 war between Armenia and Azerbaijan. That war resulted in the return to Azerbaijan of the territories surrounding Nagorno-Karabakh, which Armenia had occupied since the first war between the two sides in the 1990s.

The seizure of those territories in 1993 was what prompted Turkey to close the border. While Armenia has long been in favor of normalizing relations, Turkey – under pressure from its Azerbaijani allies – refused as long as the occupation continued. “With that issue off the table, Turkey began to signal its readiness for new talks with Armenia soon after the war,” the International Crisis Group wrote in an analysis previewing the January 14 talks.

The Moscow meeting was the most concrete step yet that the two sides have taken to normalizing relations. They will have to overcome a number of obstacles and potential spoilers: Turkish and Azerbaijani commentators have been putting forward public demands conditioning restoring Ankara-Yerevan relations on other issues, like Armenia renouncing control over Nagorno-Karabakh or giving up the cause of international recognition of the 1915 Armenian genocide.

That, in turn, has given fuel to Armenia’s political opposition and nationalists in the Armenian global diaspora, who have been trying to portray the talks as a unilateral concession by a weak Armenian government to their enemies. And many ordinary Armenians, who might have been in favor of restoring ties with Turkey before the war, have become more wary in the light of Turkey’s open, strong support of Azerbaijan’s 2020 offensive and a reawakening of anti-Armenian discourse in Turkey.

But no preconditions have been officially put forward, a fact that the January 14 statement emphasized. And in the days ahead of the talks the signals were mostly positive.

In late December, Azerbaijan Foreign Minister Jeyhun Bayramov said that Baku “fully supports” Armenia and Turkey’s normalization efforts. It was Azerbaijan which scuttled the last attempt at normalization, the 2009 process that became known as the “protocols.”

“Having long posed the greatest impediment to a Turkish-Armenian rapprochement, Baku’s public and private tone has changed dramatically in the wake of its victory,” the Crisis Group analysts wrote. “Some senior bureaucrats in Baku privately suggest that Turkish-Armenian normalization might even help smooth their own post-war relations with Armenia by showing the benefits of shifting from a war footing to an everyone-wins focus on trade.”

A foreign policy commentator in the Turkish pro-government newspaper Daily Sabah portrayed the talks with Armenia as part of a broader push by Ankara to improve many of its strained relations around the region, including with the United Arab Emirates, Egypt, Saudi Arabia, and Israel. “These recent efforts of normalization and pro-active diplomatic initiatives will constitute Turkey's priority foreign policy agenda for 2022,” wrote the analyst, Tahla Kose, in a January 14 piece.

And the fact that Russia is brokering the talks suggests that one early concern – that Moscow would try to scuttle them for fear of Turkey gaining more influence in the region – has been evaded. Russia’s involvement also is likely to blunt the objections from Armenia’s internal opposition, which has warm relations with Russia.

While a recent flareup on the border resulted in four soldiers killed – three Armenian, and one Azerbaijani – there has nevertheless been diplomatic progress between Baku and Yerevan, as well.

Russian Foreign Minister Sergey Lavrov, at a press conference the morning before the Kilic-Rubinyan meeting, said that Armenia and Azerbaijan were close to reaching an agreement on one of the key issues in their bilateral agenda: agreeing on a demarcation of the two countries’ border. “Literally yesterday I was speaking with an Armenian colleague, who had a new proposal, we will send it along to Azerbaijan. We will see how to make [an Armenia-Azerbaijan-Russia commission working on border issues] work it out as quickly as possible.”

Also that day, Farid Shafiyev, the head of an Azerbaijani government-run foreign policy think tank, said in an interview with Interfax-Azerbaijan that Baku and Yerevan had reached a spoken agreement to create a border demarcation commission.