Many have connected the report to a recent agreement by the foreign ministers of the two countries to “prepare their populations for peace.” 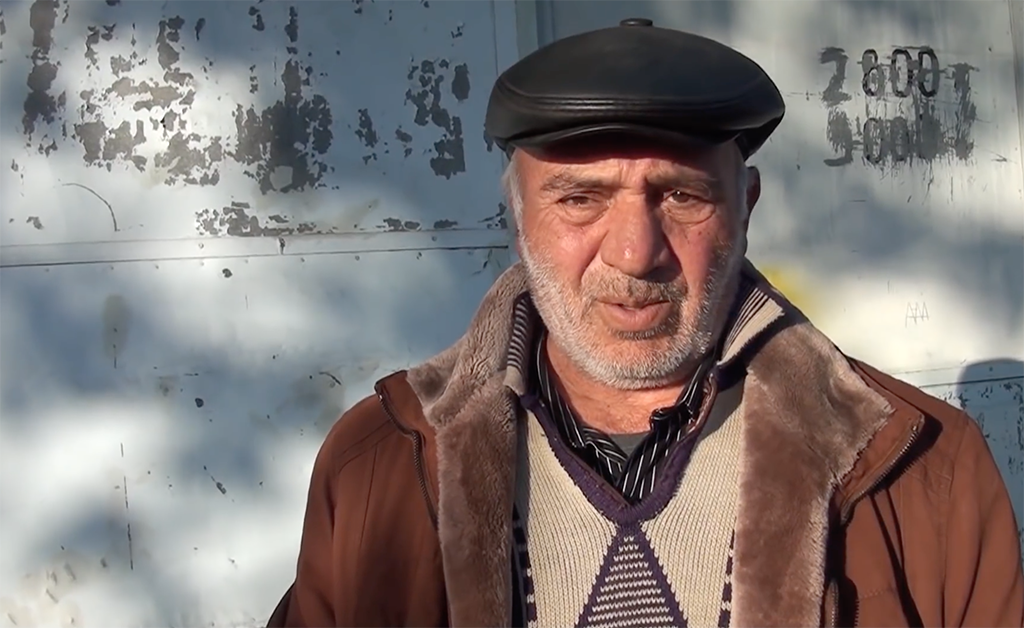 Armenian public television has broadcast a report suggesting that peace might be restored between Armenians and Azerbaijanis, raising criticism from many in the country who say that it was premature and played into Azerbaijan’s hands.

The report, aired several times on January 21 during news programs on Armenian Public Television, featured interviews with residents of a village on the border with Azerbaijan, Aygepar, who reminisced about their friendships with Azerbaijanis before the war over Nagorno-Karabakh in the early 1990s. It came just days after the foreign ministers of the two countries met and issued an unprecedented statement on the need to “prepare the populations for peace,” leading to speculation that the report was an early effort toward that end.

“From Aygepar to the Azerbaijani village of Alibeyli is only one and a half kilometers,” the report’s narrator said. “During the Soviet years, the residents of these two villages were friends and visited each other. Some of the people of Aygepar even worked in Alibeyli, and residents of Alibeyli in Aygepar. Every morning they went to work, and in the evenings returned to their country-home.” It quoted one elderly resident of Aygepar who fondly recalled his ties with Azerbaijanis. “Everything was good during the communist times,” he said. “I had many pals there.”

Tatul Hakobyan, a journalist and coordinator of the ANI Armenian Research Center, was quoted in the report expressing confidence that Armenians and Azerbaijanis will someday again live side-by-side. “At the first opportunity Armenians will bring pomegranates from Ganja to sell, and the Azerbaijanis will take Armenian cognac from here,” he told the interviewer. (Hakobyan declined to talk to Eurasianet about the report.)

Armenian Public Television’s news content is highly monitored, if not often directed, by the government, and its position – particularly on a political or Karabakh-related issue – is generally seen as the government’s position.

“The impression is that the authorities have begun to implement the arrangements of the foreign ministers to prepare the populations for peace,” wrote commentator Hrant Melik-Shahnazaryan, known for his strongly anti-Azerbaijani positions, on his Facebook page. “See what kind of report they made. See with what kind of longing the people of Aygepar talk about the days when they visited Alibeyli.”

The report’s approach rubbed many Armenians the wrong way, however. Many objected that it was the Azerbaijanis who should take the first step.

"It will be necessary to start a series of reports in the direction of peace building, but it must be done on both sides,” said Harutyun Harutyunyan, a former director of the station’s news and analytical department, in an interview with Eurasianet. In more than a decade at the station, he said, he never recalled airing such a report. “The theme is very sensitive and should be treated with caution. I do not think that the report was spontaneous.”

One article in the newspaper Golos Armenii objected that while Baku does not demonstrate "even a trace of desire to give up Armenophobia,” some groups in Armenia “have started, with unintelligible enthusiasm, preparing the people for peace,” according to an account by BBC Monitoring. The newspaper added that Baku's "main peace message is that the conflict must be resolved on its terms exclusively, saying that otherwise a new military aggression is imminent.” 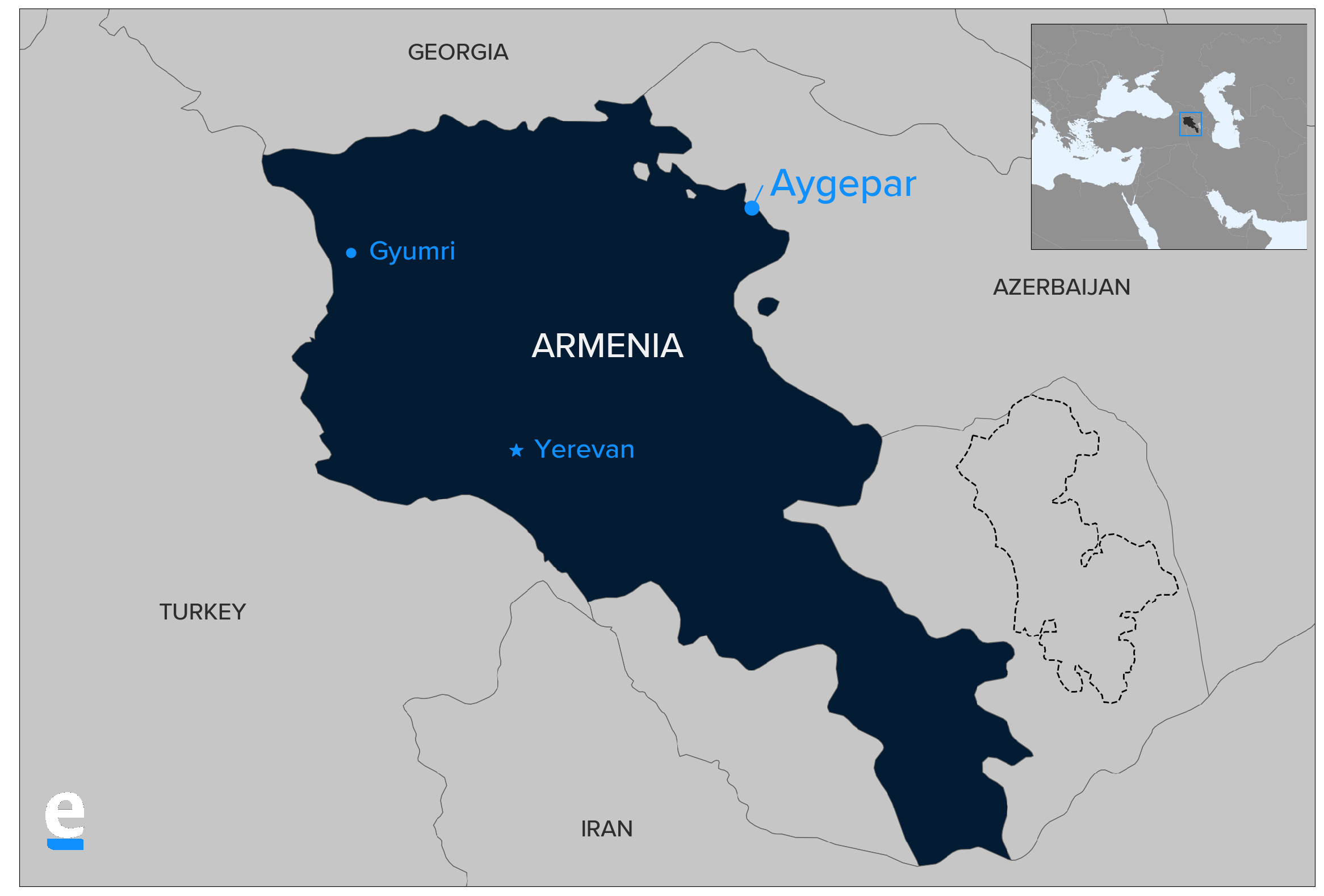 One reason for the backlash was the report’s framing of the Armenia-Azerbaijan conflict as a “territorial dispute,” while Armenians generally prefer to deemphasize the question of territory in favor of a narrative of self-determination for the Armenian population of Karabakh. (Before the war, the population of Nagorno-Karabakh was about three-quarters Armenian with most of the rest Azerbaijani; today it is nearly 100 percent Armenian.)

“At the negotiations the Azerbaijani side also is trying to qualify the Artsakh conflict and present it as a territorial dispute,” wrote the Armenian news website Aysor, in a piece about the TV report. (Artsakh is the Armenian word for Nagorno-Karabakh.) The piece suggested that the first steps toward peace should come from the Azerbaijani side, and concluded: “Hopefully, those in the neighboring village will not forget about peace and will not open fire from their posts in the direction of their once friendly residents of Aygepar.”

“The other reason [for the backlash] is that the report was weak and incoherent and it was seen as ‘hammer propaganda,’" crudely beating a narrative into public opinion, Harutyunyan added. “That couldn’t go unnoticed.”

Officials at Armenian Public Television denied that the report was directed from the government. They also pointed to a segment of the report which compared the situation between Armenia and Azerbaijan to that of Georgia and South Ossetia, arguing that while the Georgian government does not object to Georgians’ ties with Ossetians, the Azerbaijani government has striven to restrict people-to-people contacts between the two sides.

“We weren’t showing the similarity but the difference of the conflicts,” Petros Ghazaryan, the current head of the news and analytical department, told Eurasianet. “In the report we say that [Azerbaijan President Ilham] Aliyev urged people not to visit Armenia or Artsakh and [he] spread hatred for years. With the Ossetian and Georgian example, we show that this kind of hate and hate speech doesn’t exist in personal relations, instead Georgians try to integrate Ossetians into society.”