The government hopes to boost vaccination rates, but a new anti-vaccine campaign is on the rise. 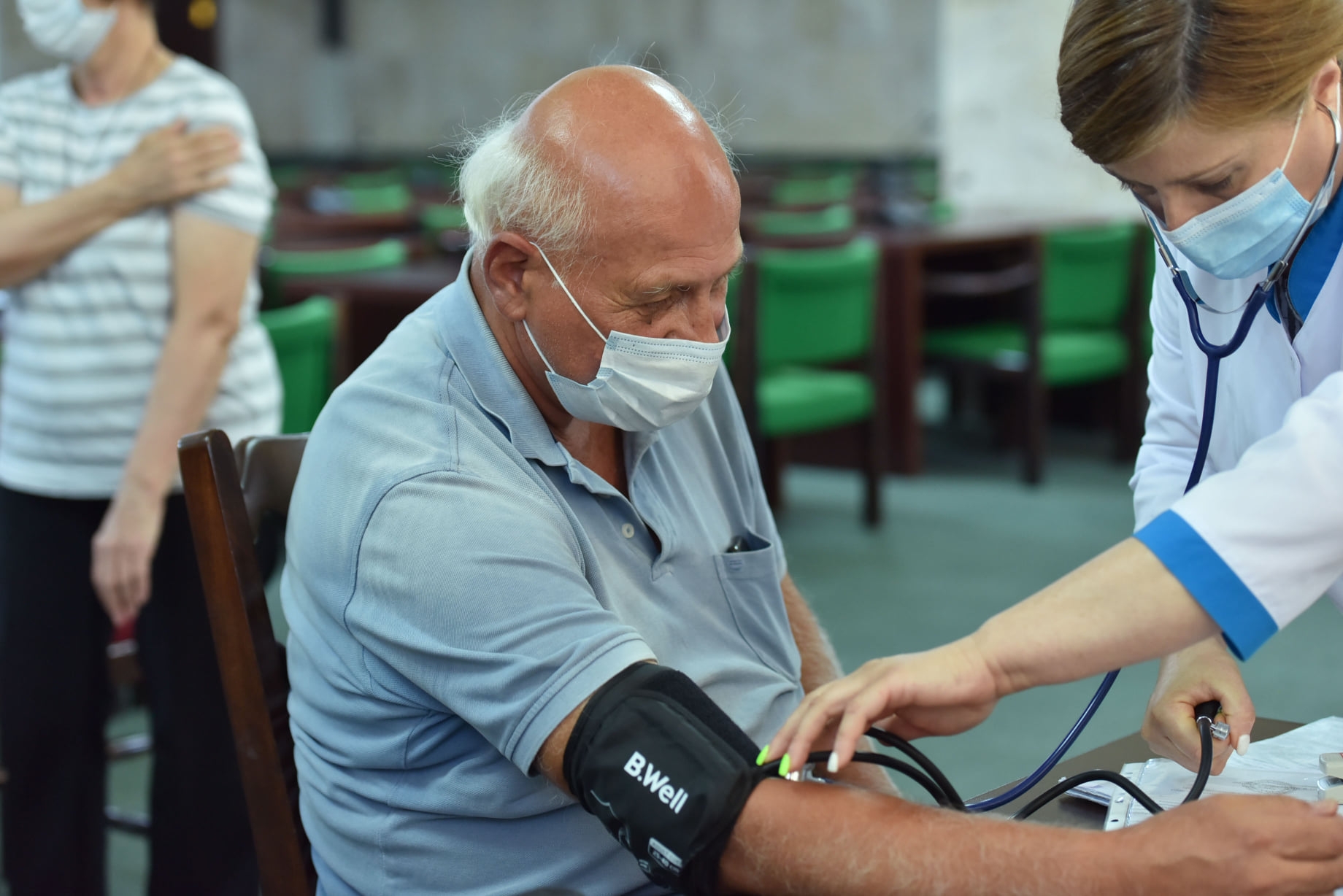 New regulations virtually mandating that all employees in Armenia have a COVID shot are aimed at boosting the country’s extremely low vaccination rate: When the new rule was announced at the end of August, fewer than 5 percent of Armenians were fully vaccinated.

But the law, which comes into effect on October 1, has sparked fierce political resistance and a new wave of anti-vaccine campaigns. And while vaccination rates have risen following the announcement, it appears that hundreds of thousands of employees will still be unvaccinated come the start of the month.

According to the new regulations, virtually all workers in the country will have to either present their employers with a certificate proving they were vaccinated, or take a PCR test every 14 days. With tests costing the equivalent of a substantial portion of most Armenians’ monthly salaries, it effectively amounts to a vaccine mandate.

The largest opposition force in parliament, the Armenia Alliance led by former president Robert Kocharyan, issued a statement on September 10 opposing the regulation. It said vaccines “should be a result of everyone’s conscious decision, not a mandate.” The alliance also argued that the government should subsidize the cost of PCR tests for workers. On September 24, the alliance applied to the Constitutional Court asking for the suspension of the new regulation.

Robert Hayrapetyan, a lawyer who was one of the Armenia Alliance’s candidates in this summer’s elections, was one of many who posted instructions on Facebook for people who wanted to break the new rules. “If you come to work without a vaccination or a negative PCR test, the employer has no right to fire you,” Hayrapetyan wrote. “Remember that no one has the right to force you to be vaccinated, especially by the order of the Minister 😆😆😆. You can be vaccinated only according to your free will."

In another post he offered similar guidelines for employers, warning that in case of an “illegal” dismissal employers could be sued and subject to substantial fines.

The backlash was exacerbated by the government’s clarification that the rules would not apply to high-ranking officials like the prime minister, president, or members of parliament. The Ministry of Justice explained the exceptions by the legal difficulty of applying them to officials who do not have a supervisor; there is no one, for example, who could deny the president his job because he wasn’t vaccinated.

That news nevertheless was met with a negative reaction among Armenians who saw a double standard. Minister of Health Anahit Avanesyan attempted to explain it away by saying that most high-ranked officials are already vaccinated anyway.

Meanwhile, far-right movements have seized on the mandate to launch a new wave of attacks on the vaccination process. One activist group calling itself “The Army of Light” announced that it would organize regular street rallies to protest what it called “mandatory vaccination” and “mandatory clinical trials” forced upon the Armenian population. Since then the group has organized several protests in Yerevan, generally attracting dozens of participants and wide media coverage.

Right-wing politicians also established groups and initiatives aimed at combating government vaccination efforts. One such initiative, “Free Will,” led by the head of the Chamber of Advocates, a non-profit organization, has encouraged Armenians to send information about cases of “serious complications and deaths” related to vaccines for their member doctors to investigate.

The group also applied to the parliament’s opposition-led Standing Committee on Protection of Human Rights and Public Affairs and managed to get a meeting with Health Minister Avanesyan. During the meeting Avanesyan argued that the spread of the highly infectious Delta variant made it necessary to yet again wear masks even if one is vaccinated. Many news outlets, particularly opposition-affiliated ones, latched onto vaccine-skeptical angles with headlines like, “Vaccination does not exclude the fact of getting the infection: Anahit Avanesyan.”

This resistance is likely to intensify in the upcoming weeks as the restrictions begin to be implemented.

Legally, the regulations are weak and the government failed to make the necessary changes in the labor law to make them enforceable, said the head of the Republican Union of Employers, Gagik Makaryan, in an interview with public television. “It is now the second year that we are in the coronavirus chaos, but the respective [government] agencies do not address these issues; there have been no substantial changes in the labor law.”

As a result, Makaryan argued, the regulations pose significant risks for employers: On the one hand, they could be fined by the government for not implementing the restriction. On the other hand, they could be sued by workers and fined by the courts for implementing it. “I spoke to around 30 employers. Except for one employer who said they support vaccination, [...] 29, including major taxpayers, employers with hundreds of workers, are simply in a state of uncertainty, they don’t know what is possible,” Makaryan said.

The authorities insist that employers have the right to dismiss employees who don’t obey the rules. The Health and Labor Inspection Body declared it has the right to conduct checks in enterprises twice a day if necessary and can fine businesses up to 120,000 drams (around $240) for a violation.

The looming requirement has influenced vaccination rates. The number of daily vaccinations recorded has been rising, from around 5,500 on July 7 to almost 10,000 on September 22. But the country has a long way to go.

According to official data, 408,000 people in Armenia have received at least the first dose of the vaccine. But that includes everyone, including the unemployed, retired, and an unknown number of foreigners who flocked to Armenia to get vaccinated when the country was offering them to anyone. There are more than 600,000 employed people in the country. (The population is just shy of 3 million.)

Meanwhile, there are widespread rumors of large-scale traffic in fake vaccine certificates.

Armenia’s National Security Service (NSS) told Eurasianet that two cases of producing fake vaccine certificates are currently being investigated. If found guilty, suspects face a fine of up to 800,000 (around $1,600) or up to four years in prison.

Under one post about the new restrictions in a private, woman-only Facebook group with 110,000 members – “Women’s Corner” – one user advised people to “find a way to get a certificate but not vaccinate…” When another user responded that that can be risky, the first replied: “In Russia, 50 percent have done that, and vaccination is risky, too.”