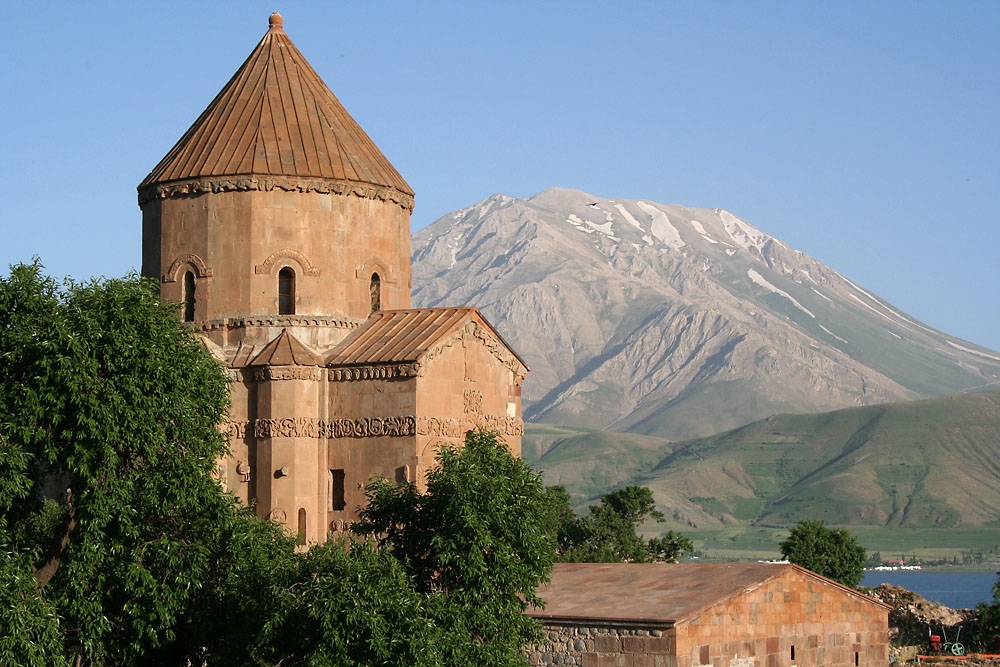 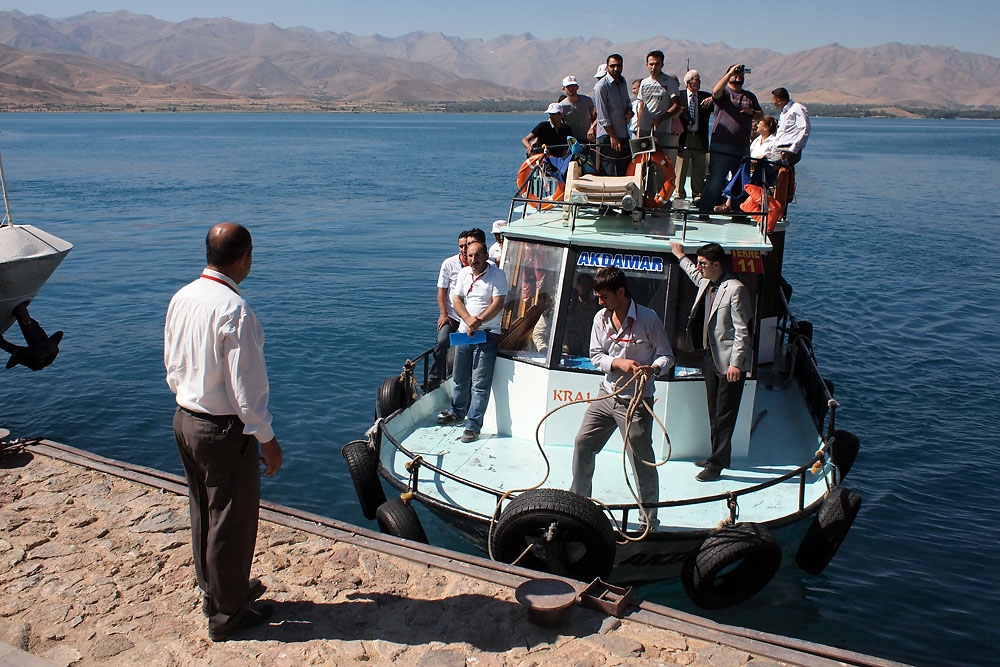 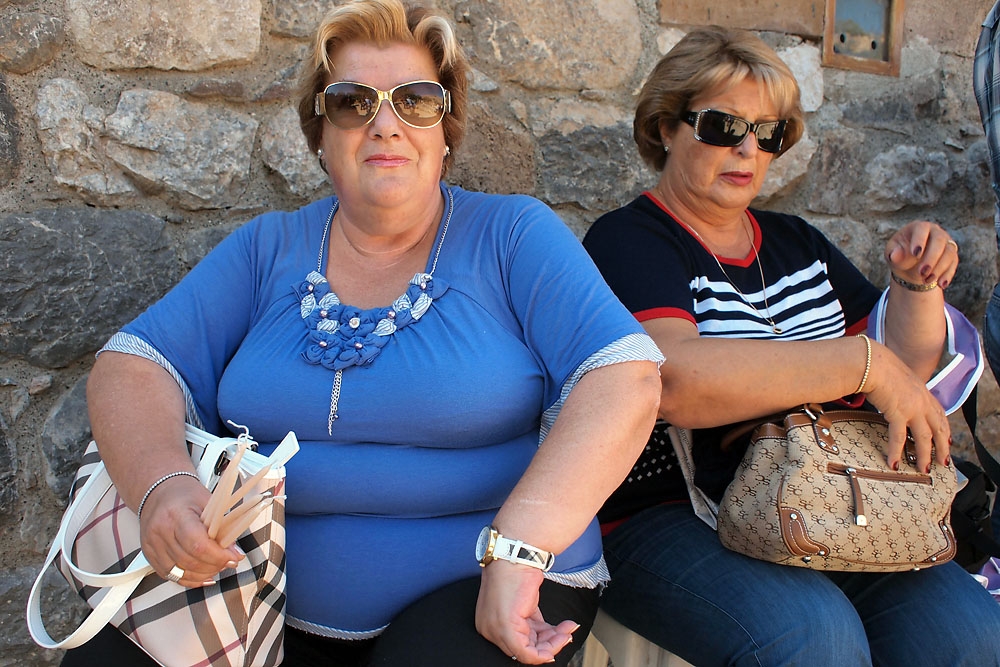 Two Armenian women, who came from Istanbul, rest before attending Sunday's mass at the church. 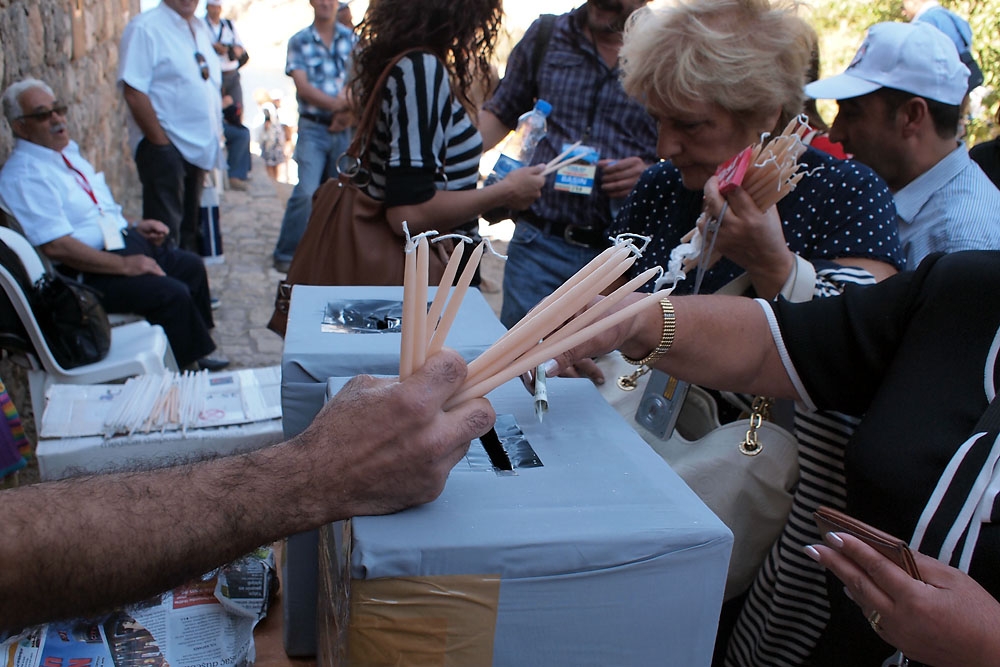 Worshipers buy candles to light outside the church. 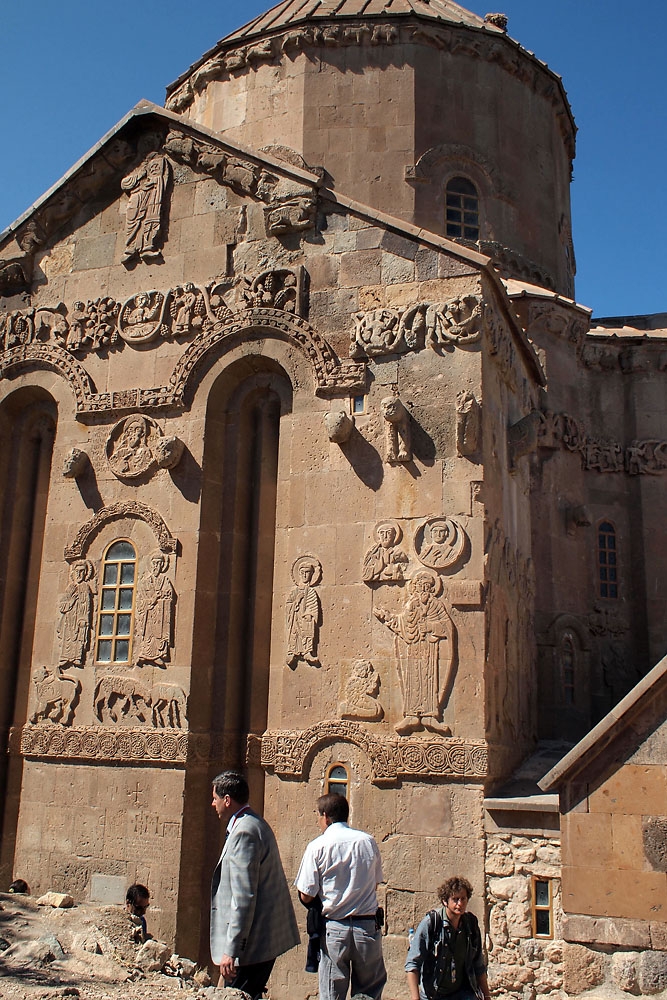 Bas-relief carvings ring the exterior of the church. 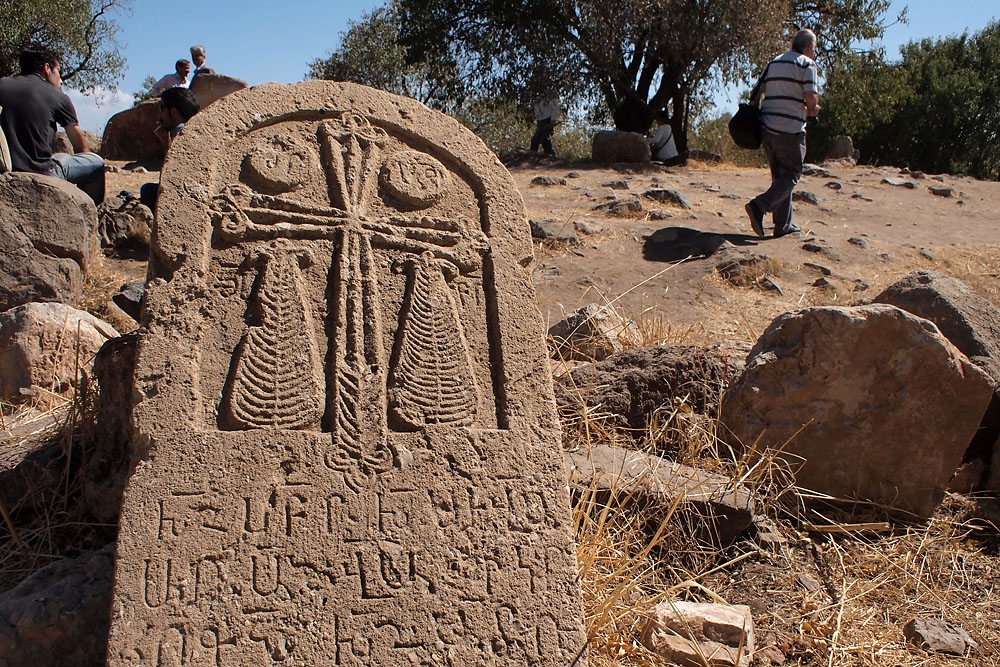 Visitors walk by one of the numerous headstones lying around the church. 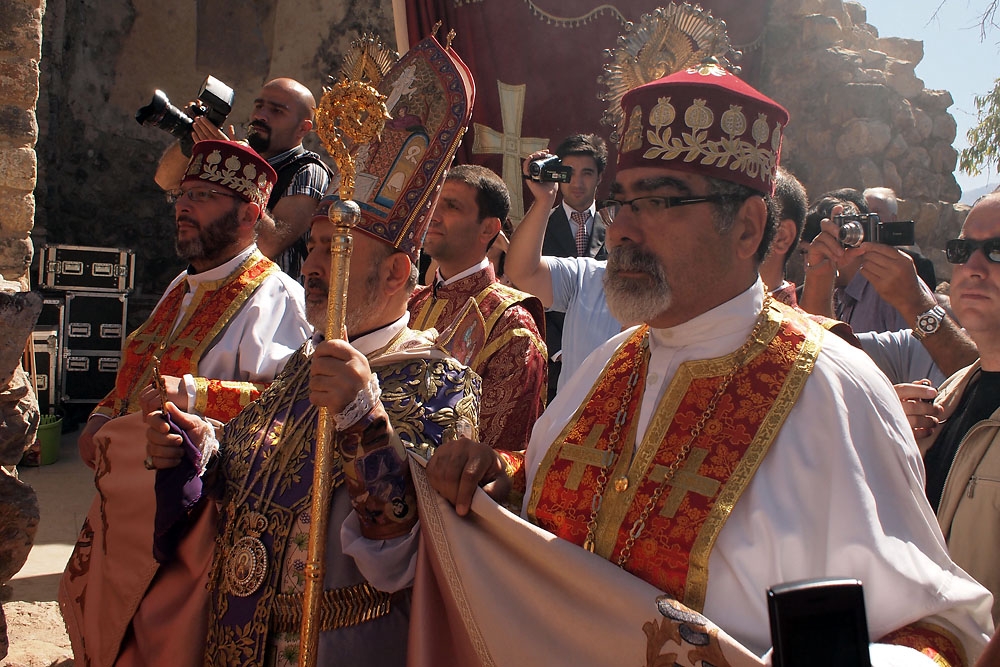 Archbishop Aram Atesian of the Armenian Patriarchate in Istanbul (center) walks toward the church to start Sunday's mass. 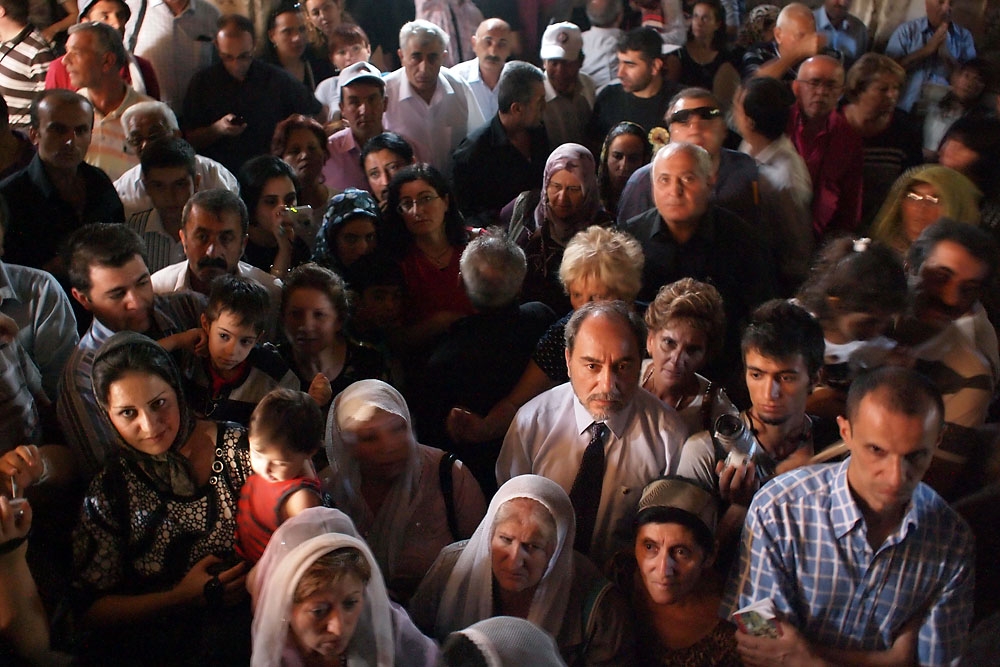 Worshipers stand inside the outer sanctuary of the church. 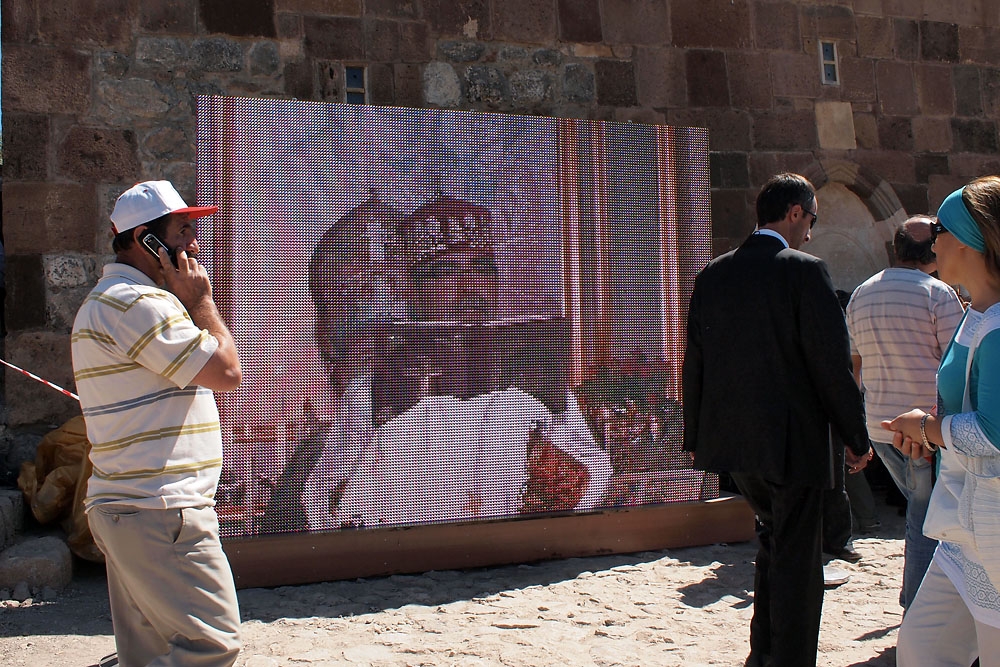 Because of the small size of the church's sanctuary, large screens were placed outside and the service was broadcast live. 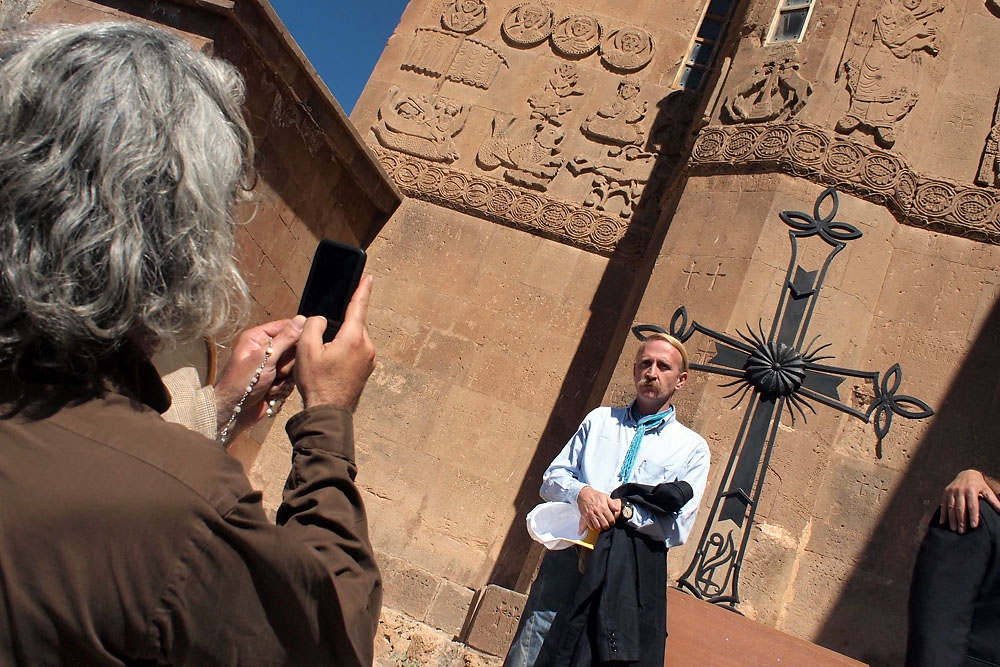 A visitor is photographed in front of the controversial cross that was supposed to have been placed on the roof of the church. 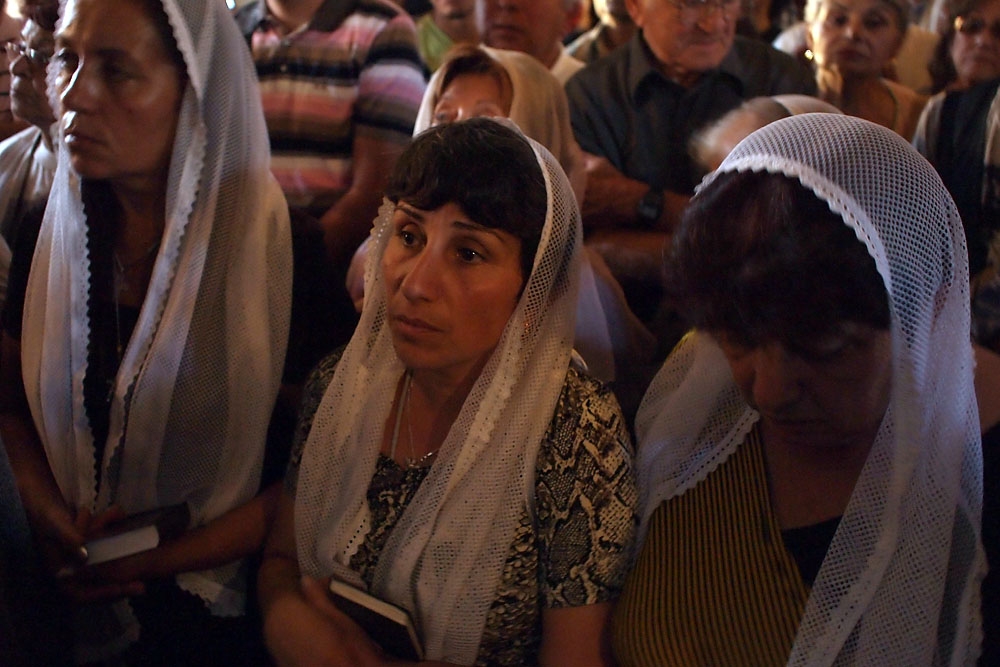 Worshipers attend the Sunday service inside the outer sanctuary of the Holy Cross Church. 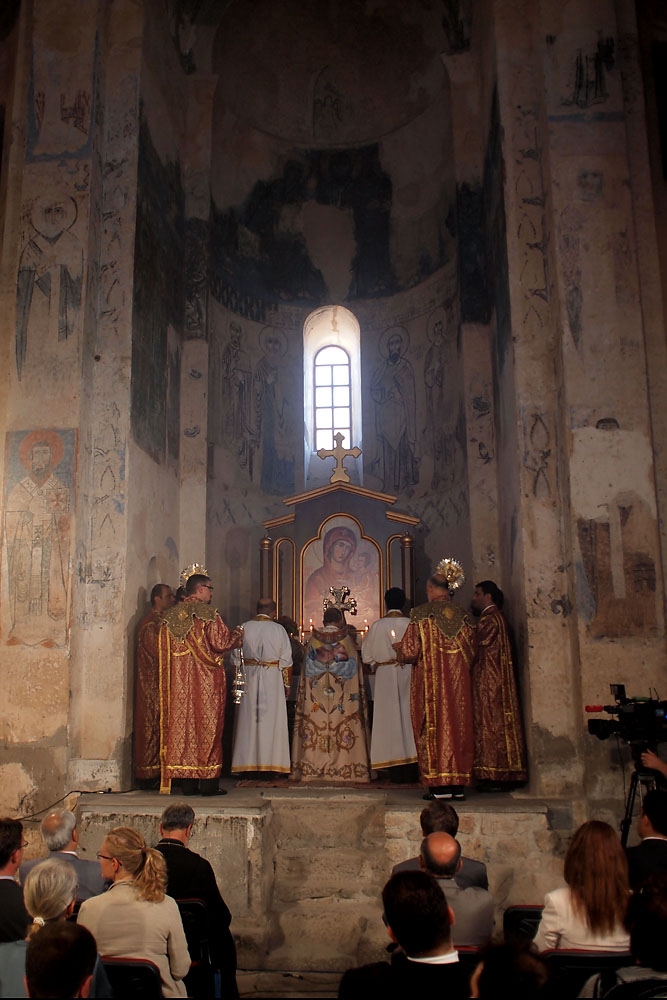 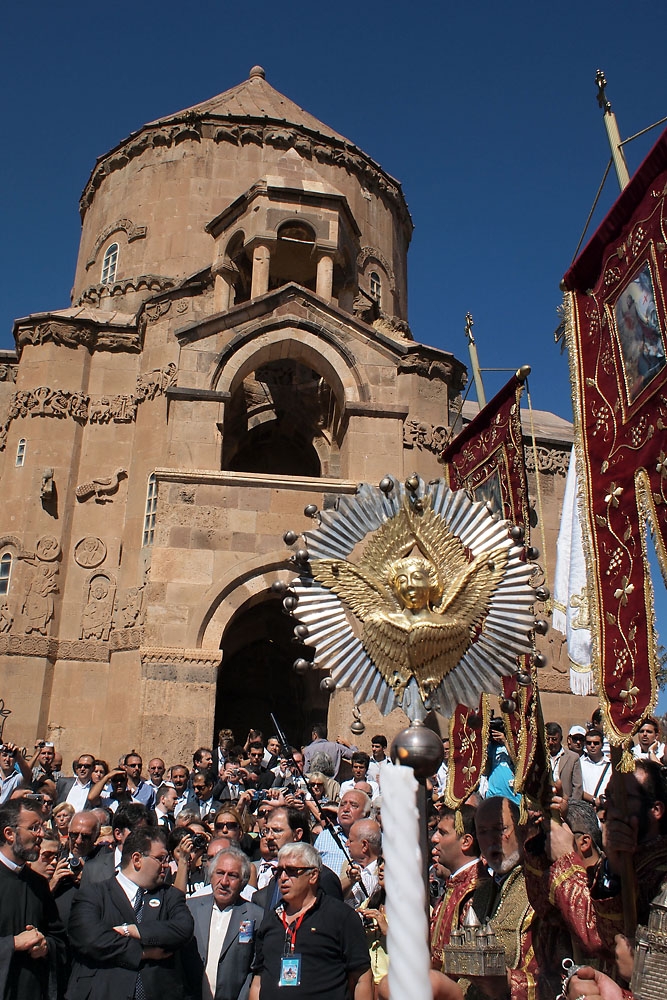 Worshipers listen to the service outside the church. 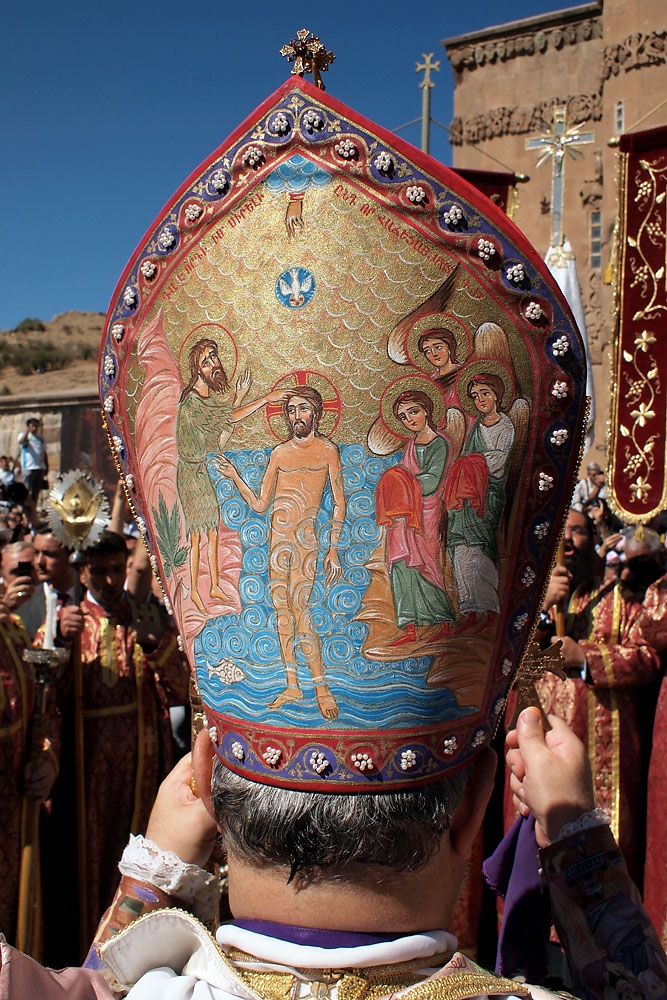 Archbishop Aram Atesian of the Armenian Patriarchate in Istanbul comes outside to greet the faithful. 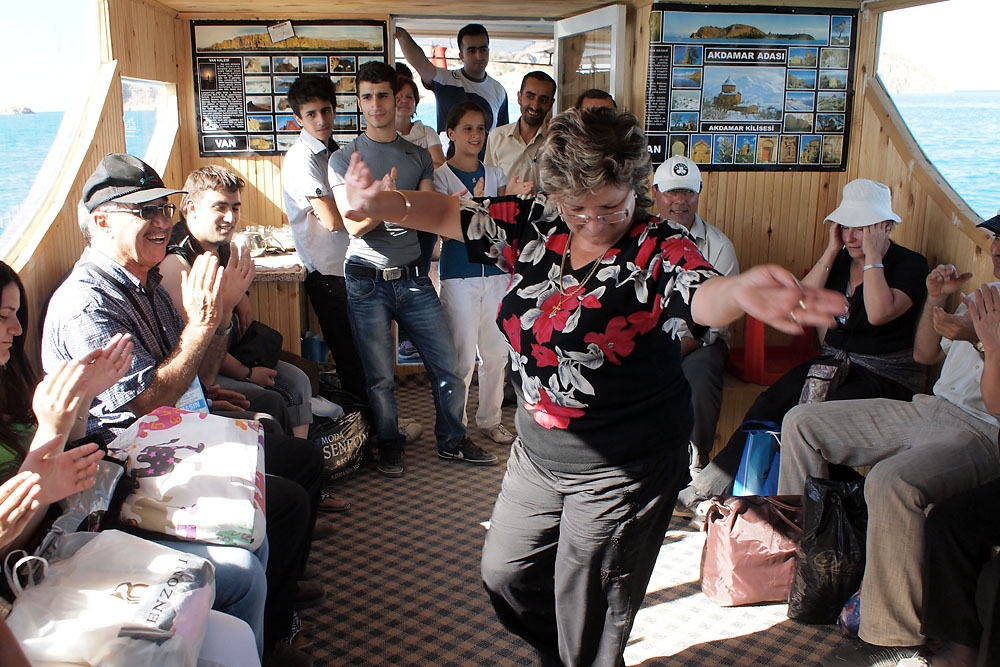 An Armenian woman, part of a group that came to the service from Armenia, dances a folk dance on the boat back to the mainland.
prev
next

For the first time in 95 years, Turkey allows Christian worshipers, including many Armenians from abroad, to attend a historic mass at the 1,089-year-old church on Lake Van’s Akdamar Island in eastern Turkey. Closed since 1915, Holy Cross Church was restored by the Turkish authorities between 2005 and 2007 and reopened as a museum.

Archbishop Aram Atesian of the Armenian Patriarchate in Istanbul led the two-hour mass. With room for only some 50 congregants inside the church, the mass was broadcast outside on a large television screen as several thousand people visited the island throughout the day. Several priests came outside at one point to offer the gathered faithful communion.

Yigal Schleifer is a freelance reporter and photojournalist based in Istanbul.