Hyperbolic claims by the prime minister prompted more hyperbolic – and xenophobic – conspiracy theories about the rising presence of Indians in Armenia. 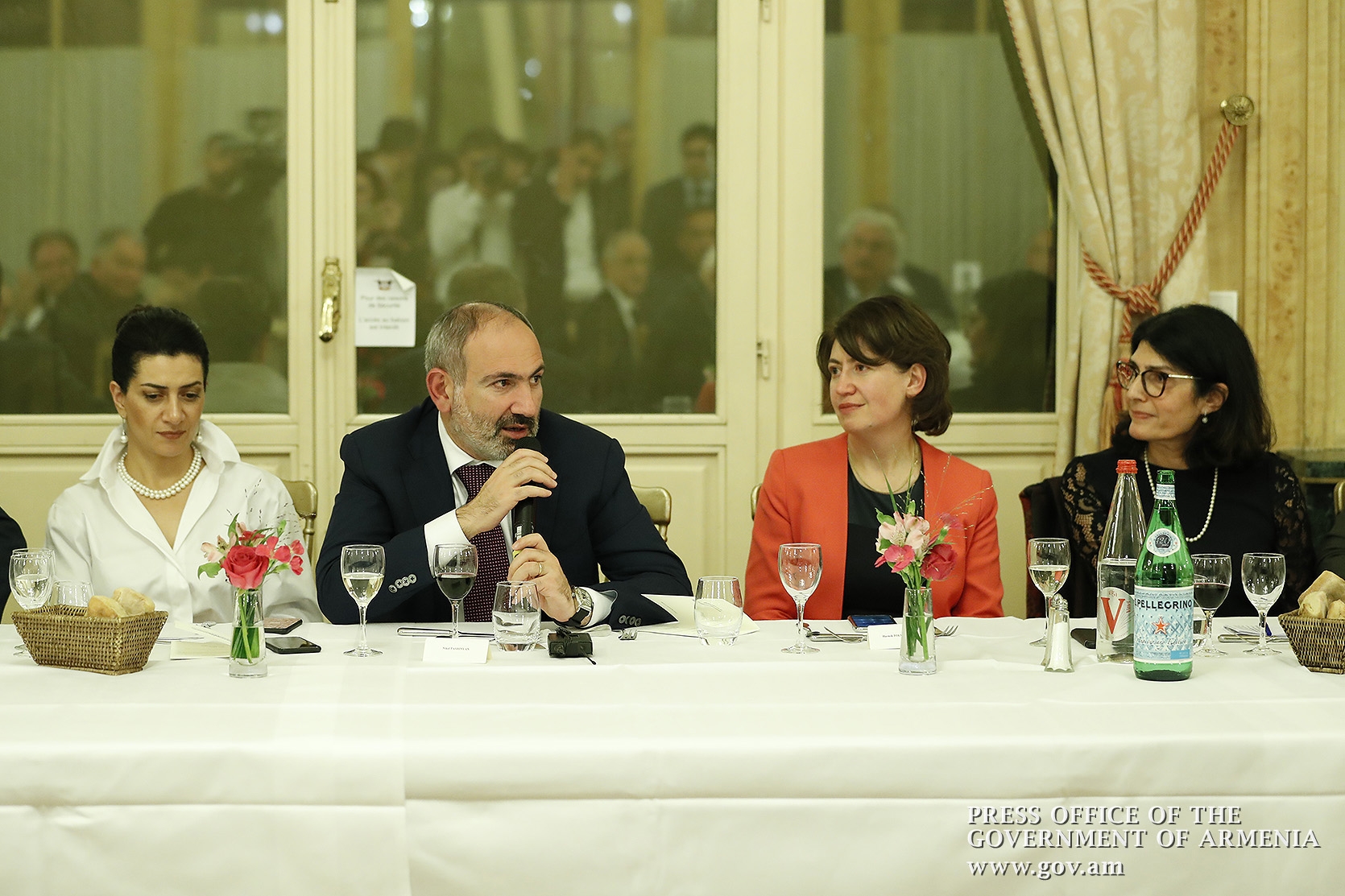 Prime Minister Nikol Pashinyan’s claim that he has resolved Armenia’s vexing migration issue has sparked a debate in the country about the rising presence of Indians there.

Speaking November 12 to Armenian diaspora members in Paris, Pashinyan said that “compared to 2016, in 2018-2019 the trends of emigration decreased by about 90 percent.” Emigration, mainly to work abroad in Russia and elsewhere, has been a bane in Armenia as in many other poor post-Soviet countries, and Pashinyan has repeatedly promised that he will reverse the trend.

When Pashinyan made the claim, his wife, Anna Hakobyan, was sitting next to him, and a video of her incredulous expression went viral. “Anna Hakobyan’s one glance said more than 1,000 words,” said the anti-government 5th Channel.

Data from the National Statistics Service in fact show that the balance between people who left Armenia and those who entered did in fact decrease by 88.6 percent over the period Pashinyan identified. But those figures include all nationals, not just Armenians, making it a flawed measure of Armenian emigration rates.

The prime minister’s fudging of the numbers opened the door for more xenophobic theories. Former prime minister Hrant Bagratyan told 5th Channel that Pashinyan had effectively replaced Armenians with Indians. “In nine months, 35,000 people have left and in the same period 37,519 Indians entered … this is an exchange of Armenians for Indians.”

It's not clear where Bagratyan’s numbers came from, but they were repeated widely around Armenian media in a variety of alarmist reports.

Armenia’s Migration Service, though, says the former premier is wrong. “The number [of Indians in Armenia] is not even close to what Bagratyan claims, and in addition even more left than came” over the first nine months of the year, Nelli Davtyan, a spokesperson for the service, told Eurasianet.

In that period, 28,741 Indians entered Armenia and 29,345 left, according to official data. Indians are the top nationality receiving temporary residence permits, with 2,220 granted as of July. Seventy-five Indians have gotten permanent resident permits so far this year, putting them outside the top 10.

Davtyan said that fuller data on the total number of Indians in Armenia will be available by the end of the year, adding skeptically: “Can you see that many Indians?”

Many Armenians are in fact seeing Indians ever more vividly. While the number may fall well short of 37,000, the recent influx of Indians to Armenia – attracted by a loosened visa regime in 2017 – has been accompanied by a rise in racist incidents and rhetoric.

This summer, a member of parliament from Pashinyan’s My Step faction wrote on Facebook that he stepped in to stop a drunk Armenian from attacking two Indians in Yerevan. “A drunk bigot grabbed two Indian kids and was shaking them,” the MP, Sisak Gabrielyan, wrote. The drunk responded: “Are you our MP, are you defending Indians?” Gabrielyan said that in the end he gave his phone number to the Indians and apologized. “In this whole story, the most shocking part was that no bystanders reacted at all.”

Most recently, a group of Indians was involved in a bar fight in central Yerevan’s Star Bar and one fired a gun. “Foreigners making Yerevan unsafe city, Shots fired after scuffle involving Indians breaks out in Yerevan bar,” went one headline.

Despite the half-truths by Pashinyan and Bagratyan, there has in fact been a decrease in outmigration by Armenians, which has been occurring gradually since 2016. And 2018 was the first year since 2000 that saw more Armenians returning to Armenia than leaving.

In the first nine months of 2019, 64 percent fewer Armenians have left compared with 2016, and 37 percent fewer than last year, according to official statistics.

The spat between Pashinyan and Bagratyan made it to the floor of parliament, where Pashinyan’s allies downplayed the issue of foreign migration to Armenia. “Of course it doesn’t mean that we have to be open to the whole world without any restrictions,” one My Step MP, Ruben Rubinyan, said on November 25. “At the same time, let’s not deceive ourselves that all the people of the world are trying to migrate to Armenia.”