Armenians mark genocide anniversary, but this year the mood is lighter

"With this victory, we paid our deepest respects to the victims of the Armenian genocide," said protest leader Nikol Pashinyan. 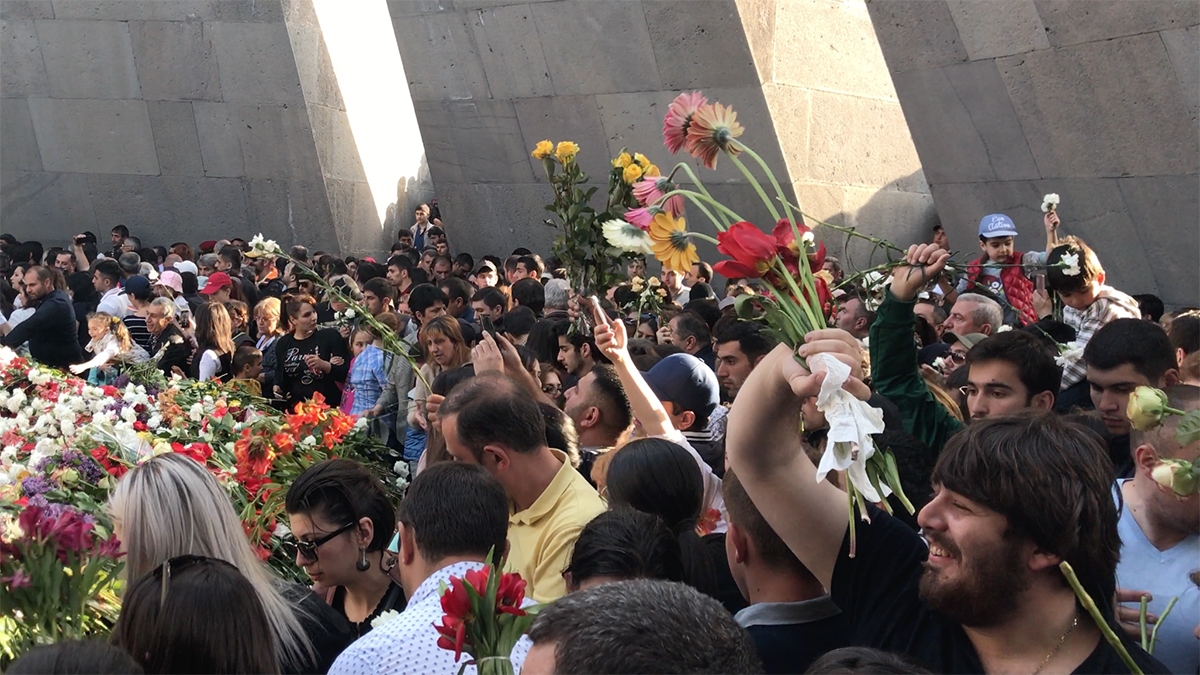 Armenians remember the 1915 genocide by carrying flowers to lay at the monument built by the Soviets in 1967.

April 24 is the day that Armenians traditionally commemorate the Armenian genocide; it was on this date in 1915 that some of the leaders of Istanbul's Armenian community were rounded up and deported. In the ensuing deportations and massacres as many as 1.5 million Armenians in the Ottoman Empire were killed.

The date is marked by Armenians around the world, scattered into a large diaspora due to the genocide. But the biggest commemoration is in Yerevan, where tens of thousands of Armenians march through the city to the memorial at Tsitsernakaberd.

This year, the mood was different: the city was still glowing after the massive celebrations following the resignation of longtime leader Serzh Sargsyan. In the victory rally on April 23, the leader of the protest movement that toppled Sargsyan, Nikol Pashinyan, alluded to the looming anniversary of the genocide.

“With this victory, we paid our deepest respects to the victims of the Armenian genocide,” he said. “The Armenian people demonstrated that the genocide is in the past; we are a victorious people.”

Pashinyan took part in the march this year, but kept a low profile among the tens of thousands of other Armenians, who filed along the streets, occasionally breaking into traditional songs. They carried flowers, or picked them up close to the memorial, to lay at the monument built by the Soviets in 1967.

Even while the focus was on the tragic anniversary, the mood was lighter than in previous years' marches, participants said. “I'm happy, a little bit,” said Katrin Avaginyan, one of the marchers. “It usually rains” on April 24, she said. “But today the sun is shining because the Armenian people are happy.”