Armenians protest premier for failing to stand up to Gazprom

Protestors violated the state of emergency to say Pashinyan broke his promise. 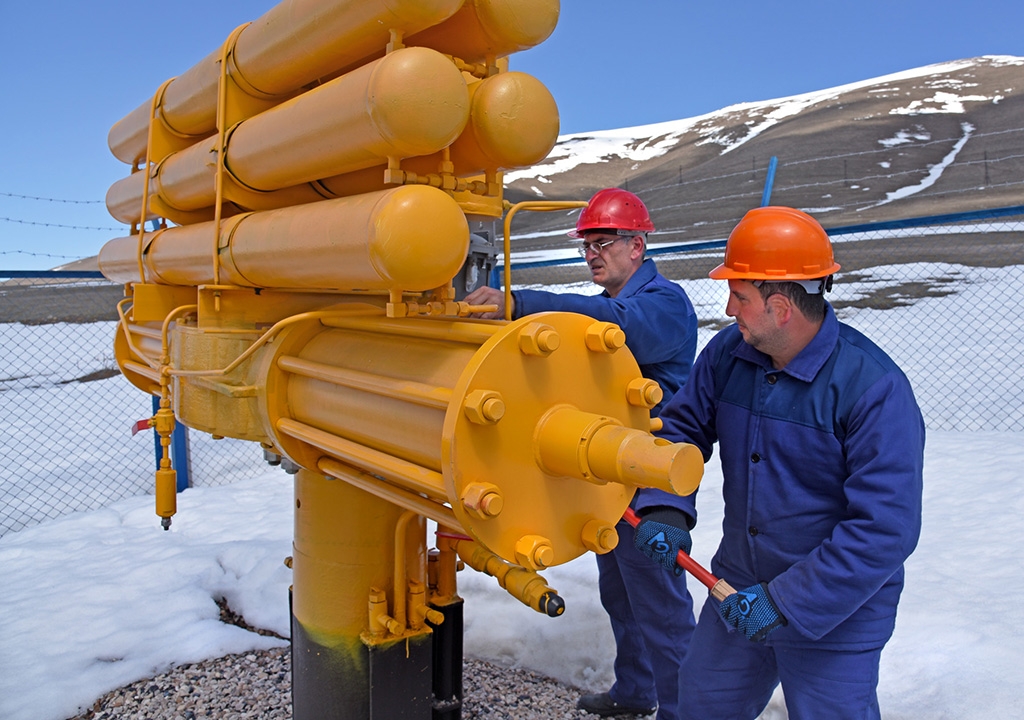 Last month, Nikol Pashinyan made a promise he couldn’t keep. The prime minister told Armenians that they would not be forced to pay the Russian-owned companies that provide their gas and electricity during the ongoing coronavirus state of emergency, which is strangling the economy. “We have an understanding, including with Gazprom, that there won’t be any cuts,” he said.

This week, ignoring the state of emergency ban on rallies, a small group of people protested outside the government headquarters, complaining that their gas and electricity had been suspended after they hadn’t paid the bills. They want the government to stop the companies from collecting fees during the economic crisis.

“We have gathered here to ask the prime minister we elected why he broke his promise,” said one protester quoted by local media.

The government regulator, the Public Services Regulatory Commission, had announced on April 22 that it had ended “force majeure” provisions and residents would have to pay their utility bills within three days.

A stimulus had covered some utility bills in February, but authorities have said residents will be responsible for fees in March and April. Residents have complained that the growing number of stimulus plans is not doing enough to help.

During the April 28 protest, several protestors were detained and fined for violating quarantine.

"Under the state of emergency, I have been left without gas and electricity. We have come here to make the problem known to the prime minister,” another protestor told local media outlet Panorama.am, promising to continue protests despite police threats of fines.

“I’m not going to pay the fines,” said the man. “We don’t have a penny to pay,” said another protestor quoted by News.am.

The day before, opposition party Sasna Tsrer, which was behind a bloody confrontation with police in 2016, organized another protest outside the Public Services Regulatory Commission. “It is immoral to ask a non-working person to pay for utilities,” said another man who did not give his name.

Another protestor, songwriter Mikayel Margaryan, was dragged away to the police station while filming himself on Facebook Live.

Pashinyan has tried to explain the need for residents to pay their bills. If people do not pay, the utilities do not pay taxes to the government, and the government cannot distribute pensions, he said during a Facebook Live broadcast on April 28. For now, he said, forcing people to pay had worked: “About 7 billion drams [about $14.5 million] were collected. We saved the system from collapsing.” Pashinyan said that over 4,300 people had had their electricity suspended and 736 people saw their gas cut.

Few are sympathetic to the utilities.

Gazprom, the Russian energy behemoth, earlier this month said it would seek to increase the price it charges Armenian consumers, even as international gas prices crater. And the electricity supplier, Electric Networks of Armenia, is majority owned by billionaire Samvel Karapetyan, one of the wealthiest people in Russia.

According to the most recent data from the State Revenue Committee, Gazprom is indeed the country’s largest taxpayer. In the first quarter of 2020, it paid 17.8 billion drams into state coffers, a 30 percent increase year-on-year. Electric Networks of Armenia is eighth, paying about 3.4 billion drams, a 25.5 percent decrease.

Few have forgotten the cold 1990s, during the war with Azerbaijan and the economic crisis that accompanied independence, when gas and electricity supplies were chronically short and Yerevan residents stole park benches and cut down trees to burn for heat. Parallels are beginning to appear.

News website Factor.am on April 28 interviewed the mother of a soldier killed during the brief “April War” with Azerbaijan in 2016. Unable to pay her utilities, she is forced to sell her apartment. “They [the utility] came yesterday and warned me that if I didn't pay, they would have to cut off my electricity. I have to pay 23,000 drams [about $50] but I don't have it. I also have a 100,000 dram debt for food in the store. I don't know how to pay,” said the mother, Anahit Harutyunyan. “We are selling our apartment to pay the debts.” Harutyunyan said she had tried to reach Yerevan’s mayor to ask for assistance: “I can't meet with the mayor, he doesn't accept me for five minutes. I applied for admission, but they [his staff] don’t call me in. I said, “Say she’s a hero's mother.” They said it doesn’t matter.”