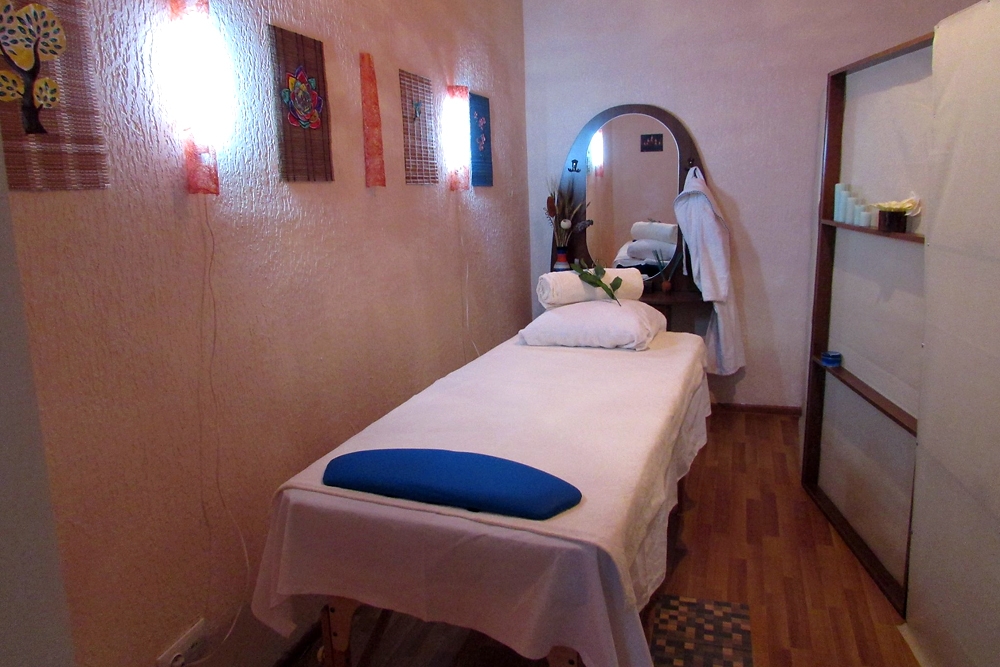 Artur Tadevosian gently guided his fingers across the strained neck of a client in a warmly lit office in the Armenian capital Yerevan. He knew exactly where to unwind a knot with pressure-point precision.

“A lot of people have problems in this area,” he said, gently pushing down on tight muscles with his fingers. “It’s because everyone is sitting in front of a computer these days.”

Tadevosian’s sense of touch is perhaps stronger and more sensitive than most massage therapists -- because he’s blind. Now, a non-profit group in Armenia called Seeing Hands is now helping to train and employ blind Armenians in massage therapy. In doing so, representatives of the group hope Armenia can emulate China and South Korea, where tens of thousands of blind citizens have become massage therapists and have turned their lives around.

In the South Caucasus, as in China, people with disabilities such as blindness tend to be marginalized, facing enormous economic and social challenges because their impairments are seen more as a disease rather than as a manageable life condition. The founder of Seeing Hands, Mariam Dilbanian, a psychologist by training, came up with the idea after working on an audio book recording project for blind people, and seeing the enormous obstacles they face on a daily basis, especially when it comes to training and education.

“I saw a lot of problems,” she said. She noted that many blind individuals she encountered didn’t “have any skills, any education or knowledge,” but at the same time she could see that “they want to marry, have kids; they want to live as ordinary people.”

She submitted her massage-therapy training idea in 2013 to Kolba Labs, a Yerevan-based innovation hub supported by the UNDP and UNICEF, and won a grant to launch the initiative. Dilbanyan then teamed up with Liana Avetian, who had studied Chinese medicine in Boston after emigrating there from Armenia as a teenager. Avetian moved back in 2010 to start a family, and after learning about Dilbanian’s project, quickly agreed to help out.

Avetian trained her blind students for a year, teaching them Chinese techniques and acupressure points, as well as customer service skills. “I individually showed every technique on each of them and they would record it and go home and listen to my words and repeat it, and next time they would come back and do this technique on me.”

Though challenging at first, Avetian found that her students were fast learners; to compensate for the loss of sight, their other senses were enhanced. “The receptors in their fingers are very much developed, their hands are like their eyes,” she said. “It’s actually perfect for them.”

Getting her students to trust her teaching process had its ups and downs. “The biggest problem is that sometimes they’re not trusting you easily - because if you don’t see, you will not trust; it’s a feature that everyone has in this community” she said, adding that the emotional impact of the teaching experience on her has been heavy at times.

Seeing Hands, which has its own massage therapy space, has been operating for a year and has steadily grown through word of mouth referrals - becoming especially popular with tourists and diasporans. It has also forged relationships with hotels, which refer clients. HuRiLab, a human rights organization affiliated with the UNDP Regional Centre for Europe and the Commonwealth of Independent States gave Seeing Hands an award for being the best “out-of-the-box” adaptation implemented by UNDP in the region.

“Such businesses are a positive example to break stereotypes about people with disabilities [and their presumed] inability to work,” said Lusine Saghumyan , president of Social Participation and Assistance Center for Equality or SPACE, a non-governmental organization advocating for equal rights for people with and without disabilities.

Aiming to carve out a new market, namely working with stressed-out workers in Armenians growing IT sector, Seeing Hands is now trying to develop a component that would enable its massage therapists to make house-calls.

Tadevosian, who lost his eye sight due to an accident when he was 12 years old, says personality is important when it comes to those who train to become massage therapists. “A massage therapist needs to be a calm person, his mind is just as important as his hands,” he said.

Tadevosian is now working at Seeing Hands to train others who have lost their eyesight to become massage therapists, including Nune Fidanian. “I’ll be here as long as I can learn,” Fidanian said.