Former leader Serzh Sargsyan has stayed out of public view since resigning 18 months ago, but now he has made two public appearances in a week. 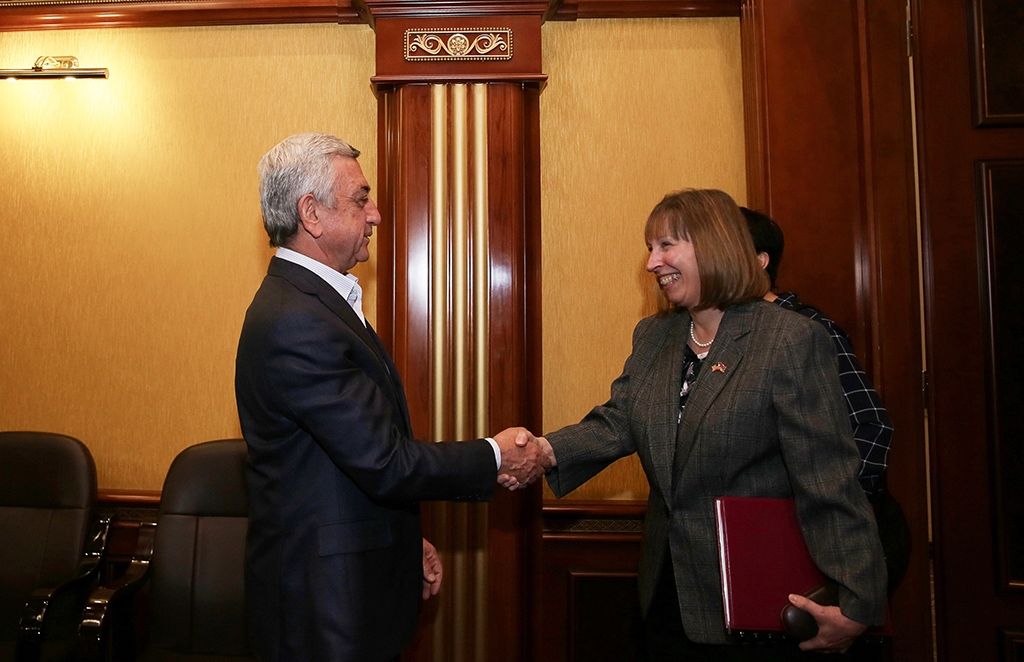 When Serzh Sargsyan announced last April that he was stepping down as Armenia’s leader – with the dramatic phrase, “Nikol Pashinyan was right, and I was wrong” – the words would be nearly his last in public for a year and a half.

But now Sargsyan has reemerged, with two appearances in the space of a week. In both, he took shots at the government that replaced his, led by Pashinyan.

Since resigning, Sargsyan disappeared from the public eye. He didn’t run in parliamentary elections in December in which his Republican Party of Armenia failed to get any seats, and only made a silent appearance as he cast a ballot. He had not made any public statements or spoken to any journalists save for an interview in May about the war with Azerbaijan in the 1990s.

In January, one source close to Sargsyan told Eurasianet that he was biding his time. “Sargsyan has no intention of retiring from politics, he never was a talkative type, and now there are too many emotions,” the source said. “There should be the right atmosphere and the right moment. A moment that works for the president.”

The first issue that Sargsyan thought worthy to address was the possibility of his arrest. Sargsyan attended an October 30 ceremony of a school run by the Republican Party, where one of the students asked if he feared prosecution amid a wave of legal cases against former government members.

“If my arrest will make our people content and happy, if my arrest will pave the way to fully resolving the March 1 and October 27 events, and neutralize the threats to our country, return the Nagorno-Karabakh negotiations to the right track, then let them arrest me,” he answered. (March 1, 2008, saw the violent breakup of protests that resulted in 10 deaths; October 27, 1999 was the date of a terror attack on Armenia’s parliament in which eight were killed, including the country’s two top leaders.)

Then on November 5, Sargsyan met with the U.S. ambassador to Armenia, Lynne Tracy, at the Republicans’ office in Yerevan. “Real democracy is the answer to the populism that has become a serious challenge for many states around the world. Issues of security of Armenia and Artsakh, stability and peace in the region will continue to be a priority for our political party,” Sargsyan said.

Tracy noted the long history of cooperation between the U.S. and various parties in Armenia, including the Republicans. “The United States continues to remain faithful to its task of supporting democratic, economic and social governance in Armenia," Tracy said, adding that this wouldn’t be the last such meeting.

While Sargsyan has so far escaped arrest, many of his close associates and family members have not. Sargsyan, meanwhile, has been spending much of his time in Nagorno-Karabakh, the Armenia-backed territory whose leaders remain close to the former Armenian regime. Presidential elections in the self-declared republic are coming up next year, and Sargsyan and his allies appear to see them as their last stand to stay in power.

The current leadership has reacted to Sargsyan’s reappearance with scorn.

Responding to Sargsyan’s comments about the fear of arrest, deputy speaker of parliament Alen Simonyan told RFE/RL that “every time that he goes to sleep and wakes up he should be afraid, because all the stuff that he and his circle did, no one has forgotten.”

Another member of parliament from Pashinyan’s My Step coalition, Aren Mkrtchytan, wrote on Facebook: “Serzh Sargsyan is having post-mortem muscle spasms.”