The campaign also has sparked a backlash against some who believe it is a European-backed effort intended to get Armenia to sign on to international conventions on preventing sexual violence. 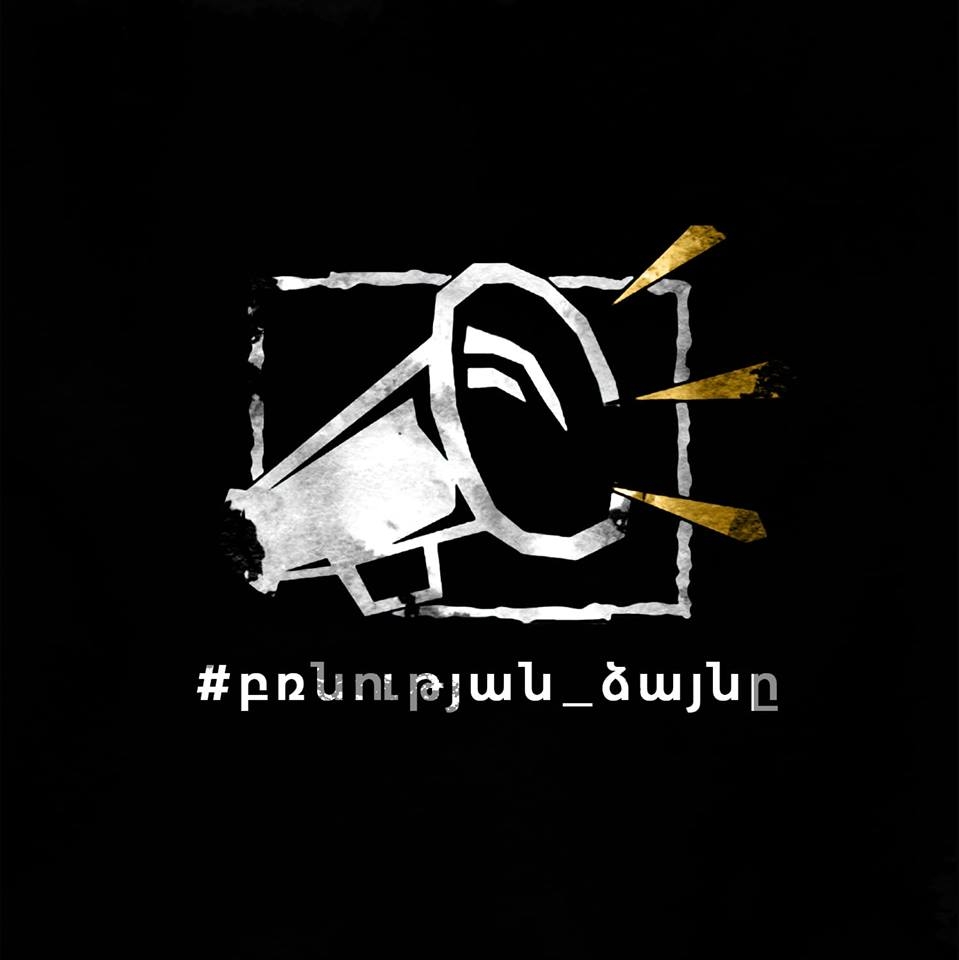 Hundreds of Armenian women have been sharing and publishing stories of sexual violence, for the first time bringing the traditionally sensitive issue to broad public discussion.

The movement began with the investigative news website Hetq publishing the account of a Czech woman living in Armenia who survived an attempted sexual assault. The piece, published June 29, recounted in painful detail the refusal of bystanders to help her and the insensitivity of the criminal justice system in dealing with sexual assault victims.

One journalist, Lucy Kocharyan, posted the story on her Facebook page. “Not long after, I got a message on Facebook, an active user in my Facebook friend list, who told her story and asked me to publish it anonymously so everyone knows that not only tourists are being abused in Armenia,” Kocharyan told Armenian public TV.

That inspired hundreds more Armenian women (and a handful of men) to write in, and Kocharyan has collected the stories on a new Facebook page, “Voices of Violence.”

The issue quickly garnered heavy media coverage and became Armenia’s most talked-about topic. The campaign “has shown that we have started to talk, even though it is still anonymous and stealthy, but we are already imagining that any individual story is a link to a larger problem,” wrote Nune Hakhverdyan in a column on the website media.am.

But the campaign also engendered a backlash. Some Armenians said that the anonymously published stories were fakes, or that the campaign was intended to get Armenia to ratify the Istanbul Convention, a Council of Europe agreement that requires signatories to take specific actions to combat sexual violence. Armenia signed the convention in 2018 but has not ratified it. (Among other regional countries, Georgia and Turkey have ratified the convention, while Azerbaijan and Russia have not even signed it.)

Domestic and sexual violence issues are hotly contested in Armenia, with social conservatives arguing that attempts to regulate the problem represent an imposition of foreign values on Armenia’s traditional family model. The “Voices of Violence” campaign revived those arguments.

“This movement is being used as a tool to push the Istanbul Convention, which is not authentic to the Armenian people,” said Arman Abovyan, a member of parliament with the Prosperous Armenia Party. “Why copy-paste something like this when a state can create its own mechanisms to fight this?” he told the news website 24news.am. “The convention will open the door to non-Armenian developments.”

Kocharyan said she had not even heard of the Istanbul Convention, but as it happened, just after the campaign began the Armenian Ministry of Foreign Affairs announced that it was launching a joint program with the Council of Europe on "Preventing and combating violence against women and domestic violence in Armenia: Continuing the path towards ratification of the Istanbul Convention.”

Some in Armenia saw a connection. Sofya Hovsepyan, a member of parliament in the ruling “My Step” alliance, said the campaign was an attempt to blacken Armenia’s name. “For two days I have been trying to understand what was the reason that some people started remembering their stories,” she wrote on July 4 on her Facebook page. “It turns out that we are a ‘violent’ nation and we didn’t know it. Stop spreading these stories as if they describe the nation for the sake of promoting your idea.”

The post launched a vigorous debate, with one of her fellow “My Step” MPs strongly disagreeing. “If you want to understand, make a little effort to understand, at the end of it you are an MP of the National Assembly, and a woman,” Grigor Yeritsyan commented. “Have a little respect for people’s personal tragedy,” he said, adding: “Your opinion doesn’t reflect ‘My Step’s’ opinion on the issue.”

In a subsequent interview, Hovsepyan said she believed the campaign could be a means to push Armenia to ratify the Istanbul Convention. “It’s likely that it could be, why not?” she told the news website tert.am.

Minister of Health Arsen Torosyan came out in support of the campaign and said the government needed to do more to prevent domestic and sexual violence and to protect its victims. He argued with critics who relied on official statistics to claim the problem was not as significant as campaigners made it out to be. “In these cases statistics can’t be valid because in most cases people [victims] don’t go to the authorities,” he said in an interview with 24news.am. “For example, we see 50 cases recorded in the statistics and we think we don’t have a problem and can relax, but in reality it’s not 50, it’s 500.”