The legislation allows authorities to freeze property acquired with suspicious funds. Now they want access to bank and insurance information without a court order. 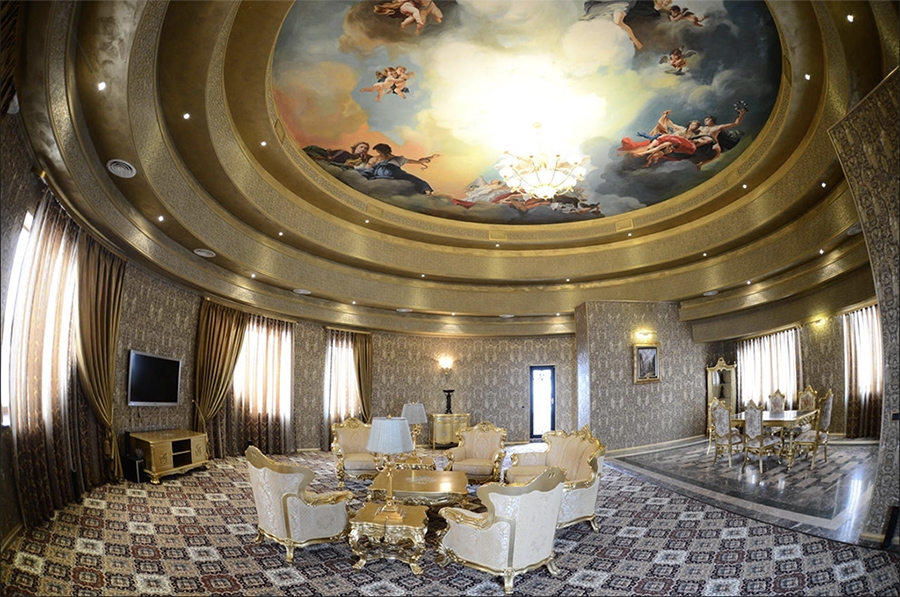 Since a former official incited for money laundering ceded the Golden Palace Hotel to the government, the state has been unable to sell it. (Booking.com)

Armenia’s parliament has passed a law allowing prosecutors to seize property they suspect was acquired with dirty money. Days after the new legislation passed, tax authorities introduced two more draft laws that would allow the state to take its anti-corruption fight further. The reforms are eliciting skepticism, including from a transparency activist.

Under the new unexplained wealth law, prosecutors can ask a court to place a hold on any property worth more than 50 million drams (about $105,000) and acquired since independence in 1991. A prosecutor then must prove to the court within six months that the property was the fruit of corruption or an illegal transaction. The owner may argue his or her defense before the court during the same period.

If the court agrees with the prosecutor, the property is transferred to the state – though the law does not outline what the state must do with it. (Unusually, the final text of the law had not been published on parliament.am by the time Eurasianet went to press.)

The day after the law passed overwhelmingly, Justice Minister Rustam Badasyan argued that the government is seeking to bring Armenia’s legislation in line with more advanced countries. “These practices exist in a majority of EU countries, in the U.S. and in the CIS [a club of post-Soviet countries], he said during an April 17 interview on public television.

“What does an investor think about before investing? First of all, corruption in the country,” Badasyan said, adding that in Transparency International’s latest Corruption Perception Index, Armenia scored higher than ever before.

The government of Prime Minister Nikol Pashinyan is determined to create a comprehensive solution to return funds stolen by public servants and others connected to former governments.

On April 22 and 23 the State Revenue Committee introduced two other draft laws for public discussion – on banking secrets and insurance. Even under the new unexplained wealth legislation, information about both can only be released after a court ruling. The proposed changes would allow tax authorities to access this information as a matter of course, supporting the state’s efforts to track unexplained wealth.

This will encourage people to “keep their cash under the pillow at home,” former Central Bank Chairman Bagrat Asatryan told Armenian investigative website hetq.am on April 23.

Varuzhan Hoktanyan of Transparency International says he is skeptical the unexplained wealth law can be implemented effectively. “They [the prosecutors] ask a property owner to prove the legality of their ownership. What happens if he or she can’t?” he told 168.am. “Did anyone oblige them to have that evidence and keep it for so many years? Was there such a legal act? I think a lot of people can just say, ‘take my property,’ and after the [next] change of government they will come and demand it back.”

Others, such as Arpine Hovhannisyan, a former justice minister, asked what the state would do with property it seizes. She pointed to the Golden Palace Hotel in Tsakhkadzor, which a former official under investigation for money laundering ceded to the state in late 2018. “The state is not able to sell it and the value of the property keeps going down,” Hovhannisyan said.

Though the unexplained wealth law will only be fully implemented in a few months – the justice minister said investigators must first be trained – the government may have already found the perfect test case.

Mikael Minasyan, the son-in-law of ex-President Serzh Sargsyan, was indicted last month on charges of illegal enrichment and money laundering. He is currently abroad. A former Armenian ambassador to the Vatican, Minasyan is widely suspected of maintaining vast media influence and has been seen as a major target since Pashinyan overthrew Sargsyan in 2018.

Minasyan’s lawyer, Miharn Poghosyan, told hetq.am that his client is being investigated by the State Revenue Committee for allegedly laundering $1.2 million, explaining that Minasyan was simply moving the money between his own accounts. “This accusation is absurd,” Poghosyan said. “We consider this political persecution.”