Efforts to reform the voting system are meeting resistance, though, from the old forces who benefit from the status quo. 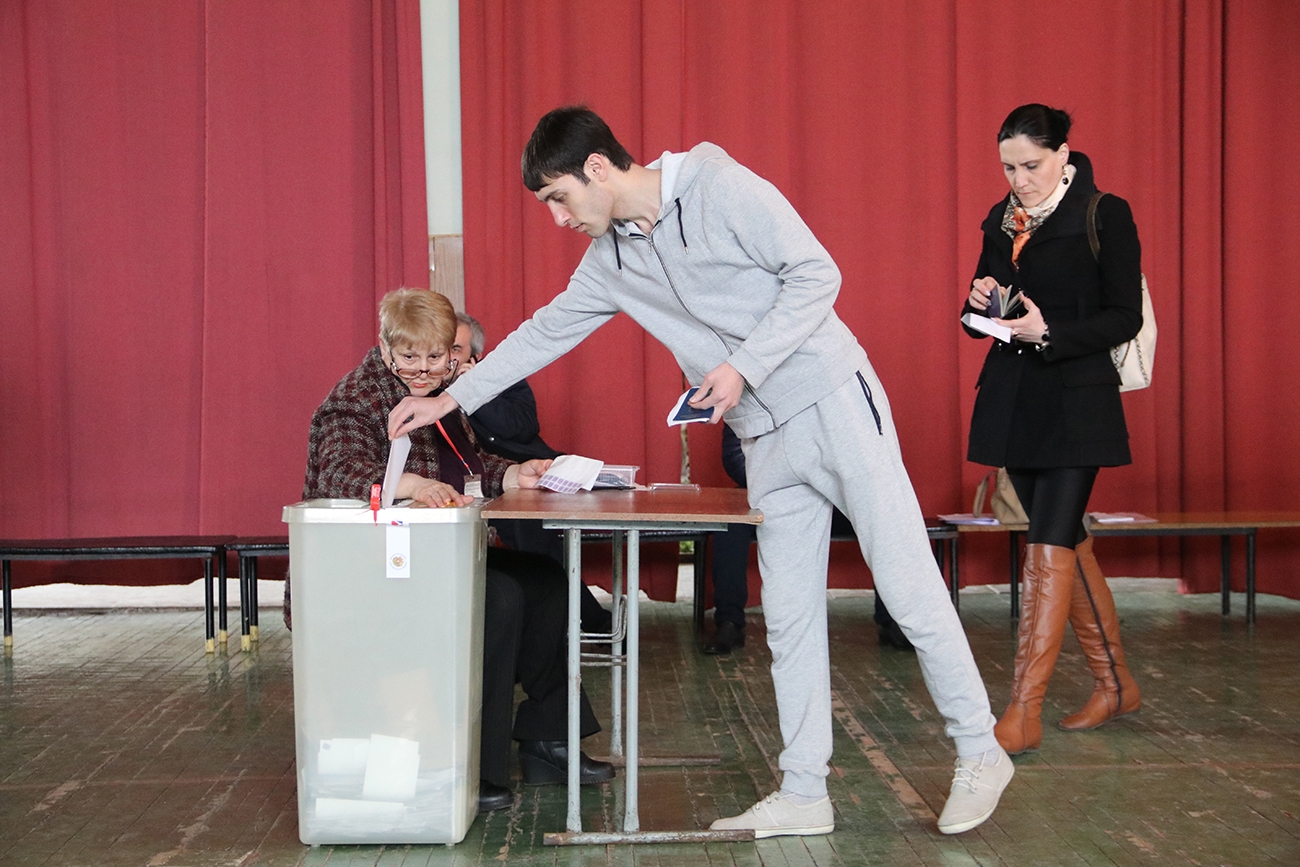 Legislation to reform Armenia's electoral system – a key campaign promise of new Armenian Prime Minister Nikol Pashinyan – is nearing completion. But the new system, along with other new laws aimed at improving the country's notoriously corrupt elections, is running into resistance from entrenched political forces.

On August 20, Armenia’s government posted a draft of the new Criminal Code, which would criminalize the buying and selling of votes. Selling a vote would be punishable by up to three years in prison or a fine of up to 700,000 drams (about $1,500). Buying votes would get stiffer penalties, of up to five years in prison or a four million dram ($8,400) fine.

Vote-buying has long been rampant in Armenia. For a cynical citizen with a vote to sell, the going rate in last year's parliamentary elections was 10,000 drams, or about $20.

The vote-buying law is part of a broader effort to reform the country's electoral system. “The main problem that has been blocking Armenia’s development, which has resulted in systemic problems in the country, is the consistent and continuous deformation of the people’s will during the elections,” Pashinyan said during a June parliamentary session.

Armenia’s new government has created a commission responsible for reforming electoral legislation; one of its key recommendations is moving to a fully proportional system, in which voters would only have to choose a party, rather than individual candidates from their regions.

The current system uses a modified proportional system, under which people vote for the party but also indicate their preferred candidate within the party. “This was done in order to provide motivation for the local authorities – oligarchs, bureaucrats, criminal elements – to mobilize their resources (supporters, election bribes, etc.) for the sake of the party,” said Yerevan-based political analyst Mikayel Zolyan.

Reforming that system would also give a political advantage to Pashinyan and his Yelk Alliance – Pashinyan himself is highly popular but many of his allies and potential future MPs are unknown or received skeptically by voters.

The formerly ruling Republican Party of Armenia, along with the Armenian Revolutionary Federation – which both have offices throughout the country – have come out against the fully proportional system.

“Imagine that a party receives just a few votes less than it needs to be in the majority, while the other votes were distributed among smaller parties that do not have a big base or influence in society. As a result, if the [small parties] unite against the big party, then you’d have a majority – but if just one of them leaves, then the entire system would crumble,” said Republican Party MP David Harutyunyan, the news site JAM News reported.

Pashinyan has argued that the proportional system will be “simple and understood by everyone.”

The government is currently proposing reducing thresholds to 4 percent for individual parties and 6 percent for coalition groups.

Thresholds have been crucial in Armenian politics, in particular for Pashinyan’s Yelk Alliance, which consists of Bright Armenia, Civil Contract and the Republic Party (no relation to the Republican Party). In 2017, the bloc collectively earned 7.8 percent of the vote; with 13,000 votes fewer, it would have been shut out of parliament.

Other reforms are more technical, including a ban on fountain pens in voting booths, replacing them with devices which would display the name and candidate and automatically print and file the voting sheet. Another potential reform is to dye the fingers of voters with invisible ink in order to prevent double voting.

The legislation is still being negotiated and should be adopted by September or early October, the commission's secretary, Daniel Ioannisyan, told the news site news.am.

Separate legislation would amend the country's “Law on Charity,” to set up a new regulatory body to approve, monitor and register charitable activities in the country. The body will report directly to the office of the prime minister.

That bill was introduced in April, before the new government took power, but it has been pushed ahead by the new authorities. “This law doesn't limit ongoing charity,” said Deputy Minister of Justice Artur Hovhannisyan, during a discussion of the law in parliament. “This law says: Dear benefactor, if you conduct charity hoping for something – to receive an honor from the president of Armenia or tax benefits – the state will also support you; report to us and we will see if this is charity or not. And if you don't have any expectations of privileges, then you can continue your charity work and there will be no interference.”

Nevertheless, the law has occasioned a testy reaction from members of Prosperous Armenia, the party headed by oligarch Gagik Tsarukyan. The party has reportedly been one of the pioneers of vote-buying in Armenia, and party members appear to be concerned about how the law may interpret “charity.”

Naira Zohrabyan, a Prosperous Armenia MP, fired back at the proposal, arguing that philanthropists – including Tsarukyan – may be targeted based on the “tastes” and “political expediency” of those in power. “How do you determine [if an act of charity] is carried out impartially or for your political intentions?” she asked. “Unlike you, everything that Gagik Tsarukyan has done over the years as a benefactor has not had any sort of political context.”

“There have been consistent rumors that under previous governments, many big businesses and especially oligarchs would avoid paying taxes in exchange for alleged charity work they do,” Anahit Shirinyan, a political analyst for the British think-tank Chatham House told Eurasianet. “The very fact that Tsarukyan supporters made a big fuss about it is telling and points to the business-politics merger behind his activities.”

Yerevan is slated to hold mayoral elections on September 23, and parliamentary elections will follow at a yet-to-be-determined date. Pashinyan has long promised to hold elections “within a year,” arguing that this will provide ample time for voters to make an informed decision rather than give his party an absolute majority built on the back of a “post-revolutionary euphoric atmosphere.” Speaking at a July 20 press conference, Pashinyan set the deadline for elections as May 2019.