Armenians have been charmed by the men-of-the-people style of the new government. 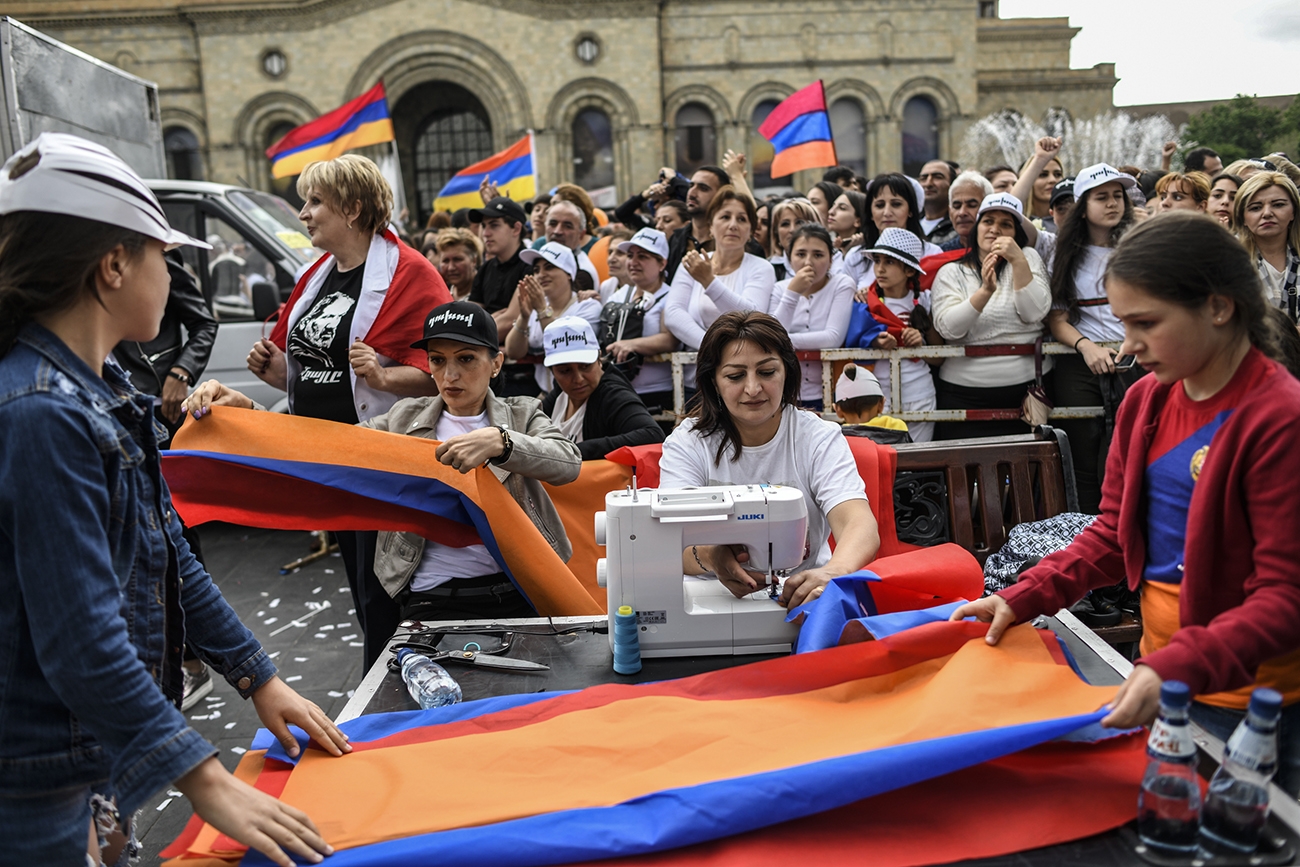 Riding the subway. Eating a fast-food burger. Laundry. Armenia's new leaders, it appears, are just like the rest of us.

Since coming to power on a wave of popular protest last month, the new government led by Prime Minister Nikol Pashinyan has adopted a conspicuously everyman style.

A photo of Education Minister Arayik Harutyunyan riding the metro home from work was eagerly shared on social media, for the vivid contrast it made to the black cars and tinted windows Armenians have come to expect from their leaders.

Diaspora Minister Mkhitar Hayrapetyan was seen eating a burger in the Syrian-Armenian basement burger joint The Pit Stop, and Deputy Prime Minister Tigran Avinyan was spotted eating a burrito as he waited in line at a bank.

“Our officials' simple lifestyle has excited and inspired many people,” wrote Karen Andreasyan, Armenia's former human rights ombudsman, in a widely shared Facebook post featuring the aforementioned images. “It is a truly new government culture in a new post-revolutionary Armenia.”

The change in style is being led from the top. Pashinyan's protest movement began with a humble gesture: a walk from the second city of Gyumri to Yerevan. The casual uniform of camouflage T-shirt, cap, and backpack he adopted for the march achieved cult status – and the scorn of an MP from the then-ruling Republican Party, who told Pashinyan that a “hunting shirt that cost 4.99 Euros” was unbecoming a leader.

Since becoming prime minister Pashinyan has switched to suits, but he is still trying to maintain the close contact with citizens that won so many hearts.

As prime minister, he has adopted the practice of hosting regular Facebook Live video streams to speak directly to citizens. In one, on May 19, he showed viewers around the government dacha where he is now living with his family. The dacha itself was typical post-Soviet formal: huge rooms empty but for a couple of pieces of heavy furniture. And so Pashinyan's tour – including his jeans-and-T-shirt-wearing wife, two young daughters, their laundry drying and a kid’s bike underfoot – was a symbolic takeover of this previously inaccessible space by the man who has fashioned himself as “the people's candidate.”

The new guard's common touch has also spilled over into the old guard. President Armen Sarkissian – who was elected by the parliament less than two months before Pashinyan took over – has since been working in tandem with the new government.

The influence seemed clear when, on May 18, Sarkissian invited a bunch of schoolchildren into his office for ice cream and a photo op. “Presidents, prime ministers and ministers have children and grandchildren too,” he told the press. Sarkissian also took the occasion to announce that he would open up parts of the presidential residence to the public. “This residence must be the symbol of the people’s power, and not the authorities’,” he said.

It remains to be seen how much of this common touch translates into governance that helps ordinary Armenians, who have suffered years of deprivation at the hands of a distant, kleptocratic state.

There have been gestures toward cutting back some of the excessive perks of office. At a recent cabinet meeting Pashinyan discussed the number of official cars that top officials had and called for “serious cuts.” Deputy Prime Minister Ararat Mirzoyan said that on assuming office he found that he had inherited five official cars; he planned to give up three and “will discuss the need for the other two.”

Some Armenians, though, are already grumbling that the focus on style is hindering serious engagement with the substance of how to govern Armenia. One essay on the website EVN Report worried about the lack of a clear ideological direction in post-revolution Armenia, and noted that the public's “excessively emotional interpretation of how the new members of the government use public transportation, walk on the streets, and talk to ordinary people” was a crutch to keep Armenians thinking about the past rather than the more challenging future.

Armenia's new govt members talk to the public in live video broadcasts; they use tube or walk to work; PM goes to a wine fest & eats a lavash roll in front of cameras. They are the neighbour next door, one of your facebook friends. Power in #Armenia has never been so touchable.

Still, for most Armenians it's a welcome change. “Armenia's new govt members talk to the public in live video broadcasts; they use [the metro] or walk to work,” tweeted Anahit Shirinyan, a Yerevan-based fellow at the think tank Chatham House. “They are the neighbor next door, one of your facebook friends. Power in #Armenia has never been so touchable.”