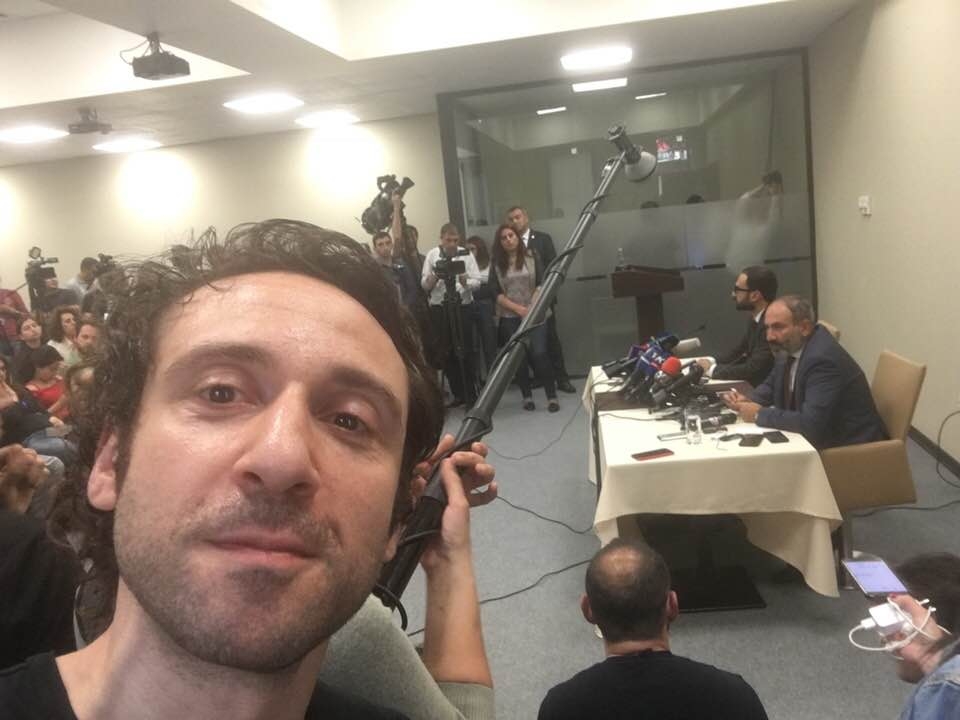 Next month, Yerevan residents will go to the polls to elect a new city council and mayor. The local race has taken on national implications: It's the first significant election since Armenia’s “Velvet Revolution” swept protest leader Nikol Pashinyan to power. Parties are jockeying for position in the dynamic new political environment.

The September 23 vote also will test one of Pashinyan's key campaign promises: that from now on, elections in Armenia will be fair and free of the rampant vote-buying that characterized politics under the formerly ruling Republican Party of Armenia.

“These will be the first elections of this scale for the new government. Our priority is to ensure they are free, democratic and legitimate,” Pashinyan said on August 16. “We have to prevent any illegal attempts to sway the will of the Armenian citizens. I hope no one decides to test their luck.”

The Republicans have not put forward a mayoral candidate, apparently calculating that they have little hope in the new environment.

“It’s going to be very difficult for the Republican Party to rebrand themselves – they’ve lost too much moral ground at this stage, leaving the field open for new parties to fill the gap,” said Anahit Shirinyan, a Yerevan-based analyst for Chatham House.

The election was prompted by the resignation of former mayor Taron Margaryan, a Republican who was a close ally of former leader Serzh Sargsyan. Margaryan was among the least popular members of the former ruling party, with a reputation for corruption and violence.

After Sargsyan was overthrown in April, protesters in Yerevan turned their sights on Margaryan, and investigative reports detailed his apparently ill-gotten wealth. He resigned on July 9.

Elections to the 65-seat city council operate on a party-list proportional representation system, with the first candidate from the winning party becoming mayor.

“The party system collapsed in a country that lacked well-defined political parties,” said Alexander Iskandaryan, a political analyst and director of Yerevan’s Caucasus Institute, a think tank. The Republican Party “was a never a real political party in the way we understand it. It was more of a trade union for government officials and an aspiration framework through which youth could build their careers,” he said.

Pashinyan’s Civil Contract party, which analysts say appears to be the favorite to win the mayoral contest, surprised many observers by breaking away from the Yelk Alliance – its bloc in the national parliament – to field an independent candidate, comedian Hayk Marutyan.

Marutyan has been fending off criticism that he lacks political experience by emphasizing his political activism. He took part both in the protests that brought Pashinyan to power and in the 2015 “Electric Yerevan” demonstrations.

“Acting has made up only 20 percent of my professional life for the last six years, the remaining 80 percent has been my organizational and managerial work in our production company as well as my political and civic activism,” he told RFE/RL.

“The country is still facing the aftershocks of the revolution,” Iskandaryan said. “Pashinyan’s party is hoping to capitalize on the euphoria of the revolution in these snap elections and position themselves favorably for the more crucial parliamentary elections.”

The other two parties in Yelk, Bright Armenia and the Republic Party, will run as a new bloc and nominate Artak Zeynalyan, Armenia’s minister of justice.

“The only change in our relationship is that Civil Contract wants to run independently,” Davit Khazhakyan, a city council member for Bright Armenia, told Eurasianet. “They are using the council elections as a means to measure their forces and frankly, it’s a good opportunity for us, too.”

Khazhakyan says the campaign will be “positive and constructive” with no resentment between the former allies. “We are ready to enter a coalition with Civil Contract in the city council if neither group achieves more than 40 percent of the vote,” he added.

The liberal reformist Heritage Party, fronted by American-born Raffi Hovhannisyan, a 2013 presidential candidate, has offered Pashinyan’s party an alliance of convenience with the option of running in the campaign together. Civil Contract has yet to formally respond.

“Parties will be testing their ground at a time when any criticism of Pashinyan and his government risks galvanizing the public,” Shirinyan said. “A vacuum has still been left by the collapse of the Republican Party, but it will take some time before parties start to reshuffle themselves and find their place in the political field in opposition to Pashinyan. For now, constructive opposition will remain the norm.”

In the absence of a Republican candidate, the primary opposition would appear to be Prosperous Armenia, a party that has long been aligned with the Republican Party and viewed by many as a sort of systemic opposition. Naira Zohrabyan, currently a member of parliament, will represent the party in the mayoral elections.

Prosperous Armenia enjoys the benefits of the personal fortune of its founder, oligarch Gagik Tsarukyan, along with the large number of media he owns, including the television station Kentron and the newspaper Aravot.

“It’s always been difficult to gauge how popular [Prosperous Armenia] actually are without Republican support,” Shirinyan said. “But they have serious resources behind them and they have built a genuine base in certain parts of the country.”

Another political party seeking to test its electoral strength is the Yerkir Tsirani (Apricot Country) party, fronted in the council elections by firebrand politician Zaruhi Postanjyan.

“The extraordinary elections of the mayor and Yerevan City Council will precede the extraordinary parliamentary election,” she told Eurasianet. “This constitutes a very important test for the government in the organization of fair elections. It’s also an important opportunity for political forces to present their programs [to the public].”

A third female candidate, Anahit Tarkhanyan, is running as the nominee of the minor GALA party. “The capital should finally have a female mayor,” Zohrabyan, the MP for Prosperous Armenia, said in an interview with RFE/RL. “I'd love it if we, the three women candidates, held a rally together.”