In his attempts to maintain neutrality, Armen Sarkissian managed to alienate both the old regime that appointed him and the post-revolution government. 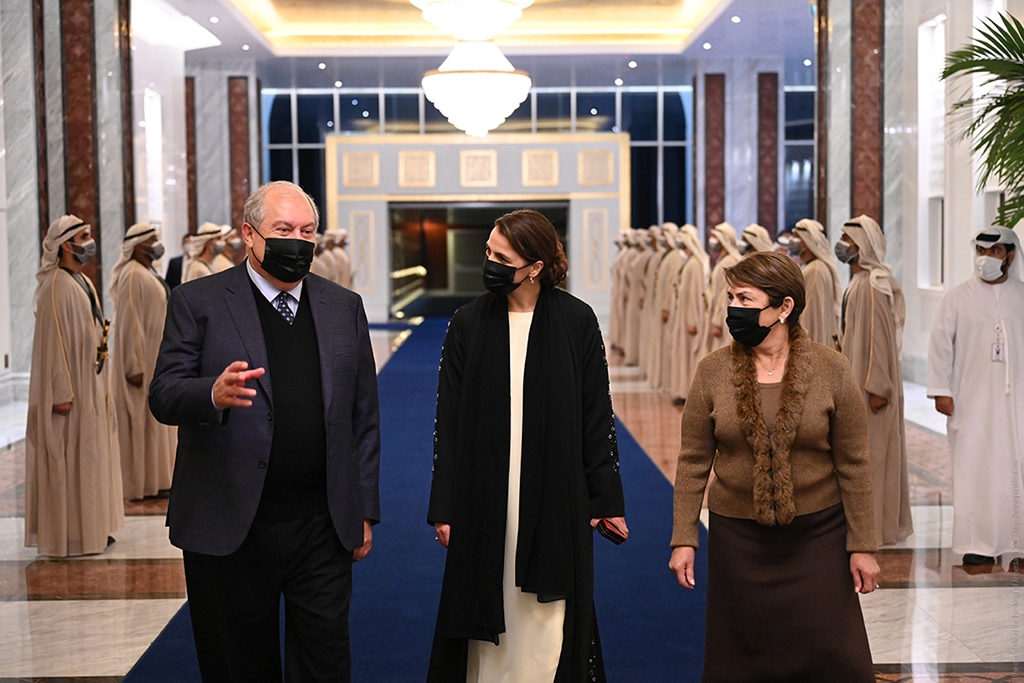 Armenia’s president, the last high-ranking official to have not been directly appointed by Prime Minister Nikol Pashinyan, has unexpectedly tendered his resignation.

President Armen Sarkissian announced he was stepping down on January 23, in a Sunday evening message on his website. “The president does not have the necessary tools to influence the important processes of foreign and domestic policy in difficult times for the people and the country,” he said. He did not offer any specific issues on which he did not have influence, and his statement did not mention the prime minister. “This is not an emotionally driven decision and it comes from a certain logic,” he said.

Armenia’s president is a largely figurehead position, and is elected by parliament. Sarkissian became president in early 2018, just before the Pashinyan-led “Velvet Revolution.” For the most part he managed a balancing act between the new regime and the old guard who appointed him.

One of his main roles was that of a foreign investment envoy, making regular official visits to Europe, Asia and the Persian Gulf to drum up business for Armenia. His last official trip was to the United Arab Emirates, where on January 14  he met officials and business leaders to discuss a new, 400-megawatt solar energy project for Armenia.

The day before his trip, he met with speaker of parliament Alen Simonayan, reportedly about Azerbaijan and other international issues. But a source in the administration said that the meeting seemed to have been about more than that. “Alen walked in and it felt like Don Corleone was coming to give a kiss of death,” the source told Eurasianet on condition of anonymity.

The resignation plan was a tightly held secret, and many in Sarkissian’s staff only found out about it through the media, the source said: “Only people very close to him knew about the resignation.”

While his role was for the most part symbolic, Sarkissian still enjoyed the right to send critical decisions and pieces of legislation to the Constitutional Court, though he rarely did so at critical junctures.

One issue in which he failed to step in, contrary to the hopes of the opposition, was a controversial reform of the Constitutional Court itself. In June 2020, as parliament was moving to adopt an amendment that would remove several judges seen as loyal to the former regime, Sarkissian declared that he was waiving his rights to intervene in any changes to the constitution. Without presidential intervention, Pashinyan was able to get rid of the judges in what many saw as a power grab.

Following Sarkissian’s resignation, some disputed his claim that he did not have any influence. “Let me bring only one example: Was it not within your authority to appeal to the same Constitutional Court for compliance with the constitution of the unconstitutional law dissolving the Constitutional Court?” asked human rights advocate Avetik Ishkanyan in a blog post for the news site Aravot.

But while Sarkissian was distrusted by the opposition, he also had few friends in the government. Most significantly, in the wake of Armenia’s 2020 war defeat to Azerbaijan he called on Pashinyan to resign and distanced himself from the ceasefire statement that ended the war.

In February 2021, he also refused to sign off on Pashinyan’s order to fire the chief of staff of the armed forces in the wake of an extraordinary appeal by senior officers for the prime minister to resign.

“Armen Sarkissian never had the courage to tell the truth,” wrote Edik Baghdasaryan, the editor in chief of the investigative news website Hetq, in a Facebook post.

Under Armenia’s constitution, the president is elected for seven years, and in case the position is vacant it should be filled by a snap election in parliament within 35 days. In the meantime Simonyan, the speaker of parliament, will fulfill the duties as per the constitution.

Officials from the parliamentary opposition said they intend to nominate a candidate, but they have yet to choose one. “The resignation happened just a few hours ago, we need time to choose a candidate,” Artur Vanetsyan, the head of the opposition I Have Honor bloc, told Sputnik Armenia. Vanetsyan said Sarkissian’s resignation was “overdue” and that “it is clear that the former president has not exercised even the minimum powers vested in him by the constitution, in the most difficult situations for our state, in the most important processes.”

There was widespread speculation across the political spectrum that Sarkissian resigned ahead of some – not yet known – compromises that the government may be making. Armenia is now in negotiations with both Azerbaijan (over a controversial transportation project and border delimitation agreement) and Turkey (over normalizing relations).

“Regarding his resignation, the reasons could be both geopolitical and internal. There may be new documents which he is avoiding signing,” Seyran Ohanyan, the head of the opposition Armenia alliance faction in parliament, told journalists.

The ruling Civil Contract party has not announced its candidate for president.

As for Sarkissian himself, speculation immediately jumped to his future in politics, and whether he might try to form a sort of third force in Armenia’s deeply polarized politics, separate from both the government and the opposition. But he has shown little interest in domestic politics. Since serving a four-month stint as prime minister in 1996-97, he held various senior diplomatic positions, including ambassador to the UK.