The mayor is an ally of the country's recently ousted leader. 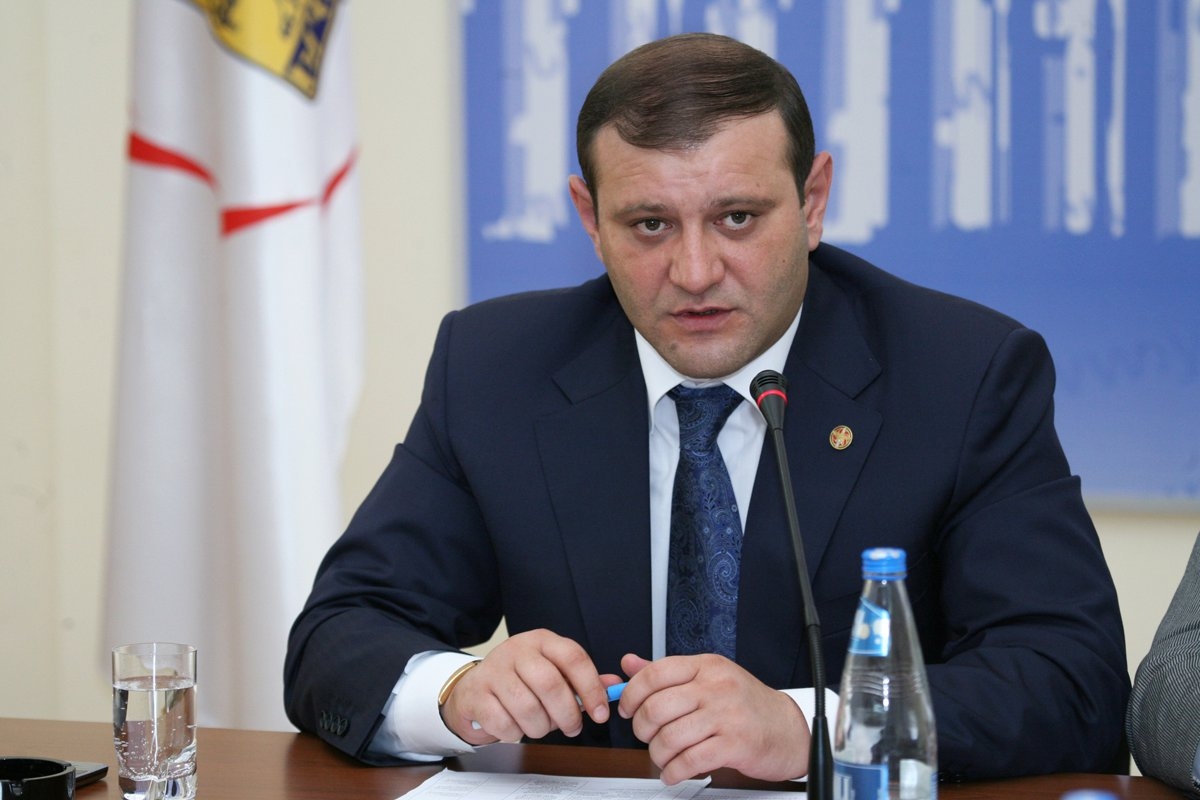 Protesters broke in to Yerevan's city hall and demanded the resignation of the city's mayor, as the uprising that overthrew the country's leaders last month continues to ripple out into other institutions controlled by the former ruling party.

The city hall break-in on May 16 was set off by photos, spread on social media early in the day, showing a park in central Yerevan where a number of trees had been cut down in preparation for the city's 2,800-year anniversary celebrations later this year. A group of protesters overpowered security at the building and unsuccessfully attempted to force their way into the mayor's office, forcing a deputy mayor to meet with the protesters to try to defuse the situation. “Problems aren’t solved this way,” he told the crowd.

But the tree issue was only the spark: the mayor of Yerevan, Taron Margaryan, has been a target of anti-government protesters virtually since the demonstrations began, with a reputation of being “violent and corrupt.”

Margaryan also is notorious for approving the destruction of historic old buildings, and the construction of new business centers in their place. And in his race for mayor in 2017 (in which he defeated Pashinyan, among others) he was implicated in the same sort of vote-buying scandals as his partymates in the country's national leadership.

While he was leading the protests, Nikol Pashinyan accused Margaryan, a member of the then-ruling Republican Party of Armenia, of sending “thugs” to assault protesters and threatened to carry out a sort of citizen's house arrest to block him from leaving his home.

Since the protests succeeded in toppling longtime leader Serzh Sargsyan – and elevating Pashinyan in to the prime minister's post – they have increasingly turned their attention to Margaryan. Demonstrators have been picketing city hall with signs calling to “Reject Taron,” a reference to the “Reject Serzh” slogan that anti-Sargsyan demonstrators adopted.

City council members from Pashinyan's Yelk faction also have demanded Margaryan's resignation. “Yerevan is the locomotive of the change of power in Armenia, which means that there must be a change of power in Yerevan,” they said in a joint statement two days after Sargsyan stepped down.

“Taron Margaryan the mayor is involved in so many illegal, corrupt and destructive projects that people are fed-up and demanding his resignation right now and his prosecution for the different crimes he committed over the years,” women's rights activist Lara Aharonian wrote on her Facebook page.

One novelty of the city hall protests is that they brought out a handful of counterprotesters defending the mayor, something not seen at all during the anti-Sargsyan demonstrations.

Margaryan has said he has no intention of resigning. He issued a statement calling on police to restore order in the city hall. “An illegal invasion of a municipal building under government protection has taken place,” he wrote. “The mayor's office calls on measures to be taken to restore normal functioning of the capital's municipality.”