A former ruling party MP and mob boss are detained, and the nation cheers the crackdown. 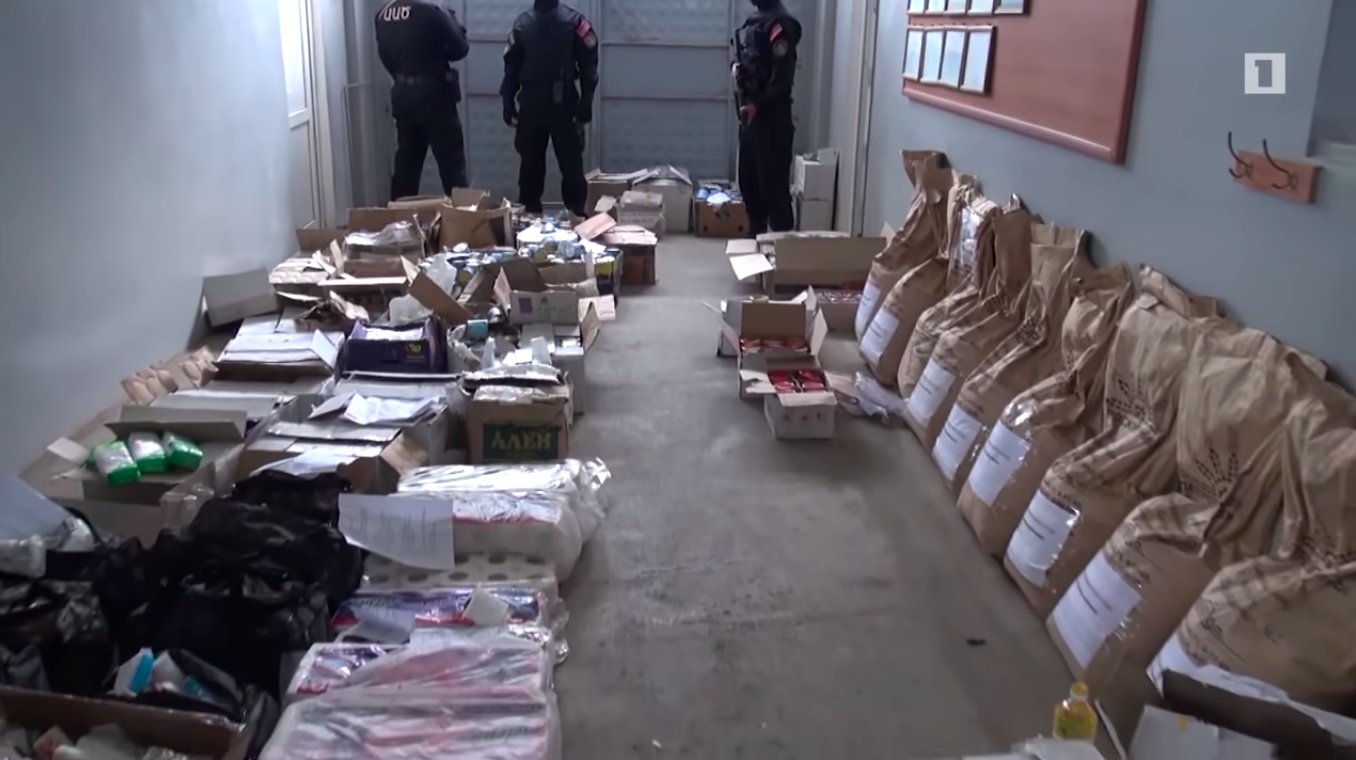 Screenshot of a video of a security services' raid on the home of MP Manvel Grigoryan after he was arrested on corruption charges.

Armenia's authorities have accelerated their campaign against officials in the former government with a series of anti-corruption arrests, heightening the battle between the new regime and the former elite.

After Nikol Pashinyan was elected prime minister May 8 largely on the strength of an anti-corruption platform, his new team took a cautious approach toward allegedly corrupt former officials. Pashinyan's pick to head the National Security Service (NSS), Artur Vanetsyan, emphasized the need to tackle corruption but took a relatively nonconfrontational approach.

Throughout May, the NSS publicly presented evidence of tax fraud committed by a number of companies, including those controlled by a former ruling Republican Party member of parliament. But Vanetsyan had said that he considered reimbursement of damages made to the state sufficient grounds for dropping criminal charges, and no high-profile arrests were made in connection to these charges.

But in June, the campaign has taken a more aggressive turn. On June 14, the NSS arrested two senior officials in the Yerevan city government, which is still controlled by Republicans. On June 16, in the city of Etchmiadzin, the houses of Republican MP Manvel Grigoryan, a retired lieutenant general in the Armenian armed forces, and mob boss Artur Asatryan (known as “Don Pipo”) were raided by masked NSS officers. Both men were arrested on illegal weapons procurement charges, with Asatryan also accused of kidnapping.

Grigoryan’s supporters and allies mobilized after his arrest. RPA spokesperson Eduard Sharmazanov called the arrest “unconstitutional and unlawful.” His concerns were reiterated by Armen Ashotyan, another high-profile Republican MP (Ashotyan later deleted his Facebook post). At the same time, supporters of the detained general gathered to protest at NSS headquarters and even tried to close down a street.

Returning from a short visit to Nagorno-Karabakh, Pashinyan also weighed in. In a Facebook live video, he claimed that at Grigoryan’s mansion, the NSS found not only arms but also food sent by schoolchildren in April 2016, intended for soldiers on the frontlines in Nagorno-Karabakh. A few hours later, footage of the search of Grigoryan’s house was broadcast by Armenian public television.

The video shook the nation. At Grigoryan’s country house, a small arsenal of guns, sniper rifles, rocket-propelled grenades, some 12,000 rounds of ammunition, explosives, and hand grenades was stocked next to Hummer and Range Rover SUVs and vehicles donated to the army, including an ambulance car.

The video also shows cans of food preservatives and first aid kits, labeled “for soldiers” and “not for sale” and accompanied by hand-written letters from kids. As head of the veterans union Yerkrapah, Grigoryan was responsible for delivering aid to the army. Instead, he used it to feed tigers and bears at his private zoo, the NSS said.

The chilling effect of these accusations deeply undermined support for Grigoryan. In subsequent statements, the RPA’s Ashotyan and Sharmanazov both appeared shaken and emotional. Grigoryan’s lawyer stepped down, refusing to defend him. From jail, Grigoryan addressed his fellow RPA lawmakers, asking them to strip him of immunity and promising to restore his good name. His son Karen Grigoryan, who served as a mayor of Etchmiadzin, resigned.

Armenians appeared both shocked and overwhelmingly supportive of the arrests. Facebook, Armenia’s primary space of political expression, exploded. “Vanetsyan Artur rocks :) Yes, I never thought I’d have a positive opinion about the NSS”, wrote Daniel Ionnisyan, founder of the Union of Informed Citizens, a Yerevan-based watchdog group. “How cool is that, when one feels safe because of the NSS,” echoed Arek Keshishian, an Aleppo-born architect who repatriated to Armenia few years ago. The head of the NSS said that the agency is currently receiving “thousands of job applications” from citizens.

For decades, the Grigoryans served as a symbol of ubiquitous corruption, lawlessness and systemic violence. They used to rule the city of Etchmiadzin, a home to the Mother See of the Armenian Apostolic Church, as a private fiefdom. Investigative outlets reported tax evasion; but city residents have been describing a grimmer reality, one in which Grigoryan and his cronies were assaulting, raping and torturing locals.

The arrest and resignation of the Grigoryans were met with celebration in the city, Armenian newspapers reported. Meanwhile, Vanetsyan has warned that the service has received reports of criminal groups' plans to kill both him and Pashinyan. This suggests that Pashinyan’s signature approachable style, including nightly walks in Yerevan's downtown, is likely to be restricted by the security services.