A new party, made up of many of Prime Minister Nikol Pashinyan’s allies from the street protests that brought him to power, is challenging him from the left. 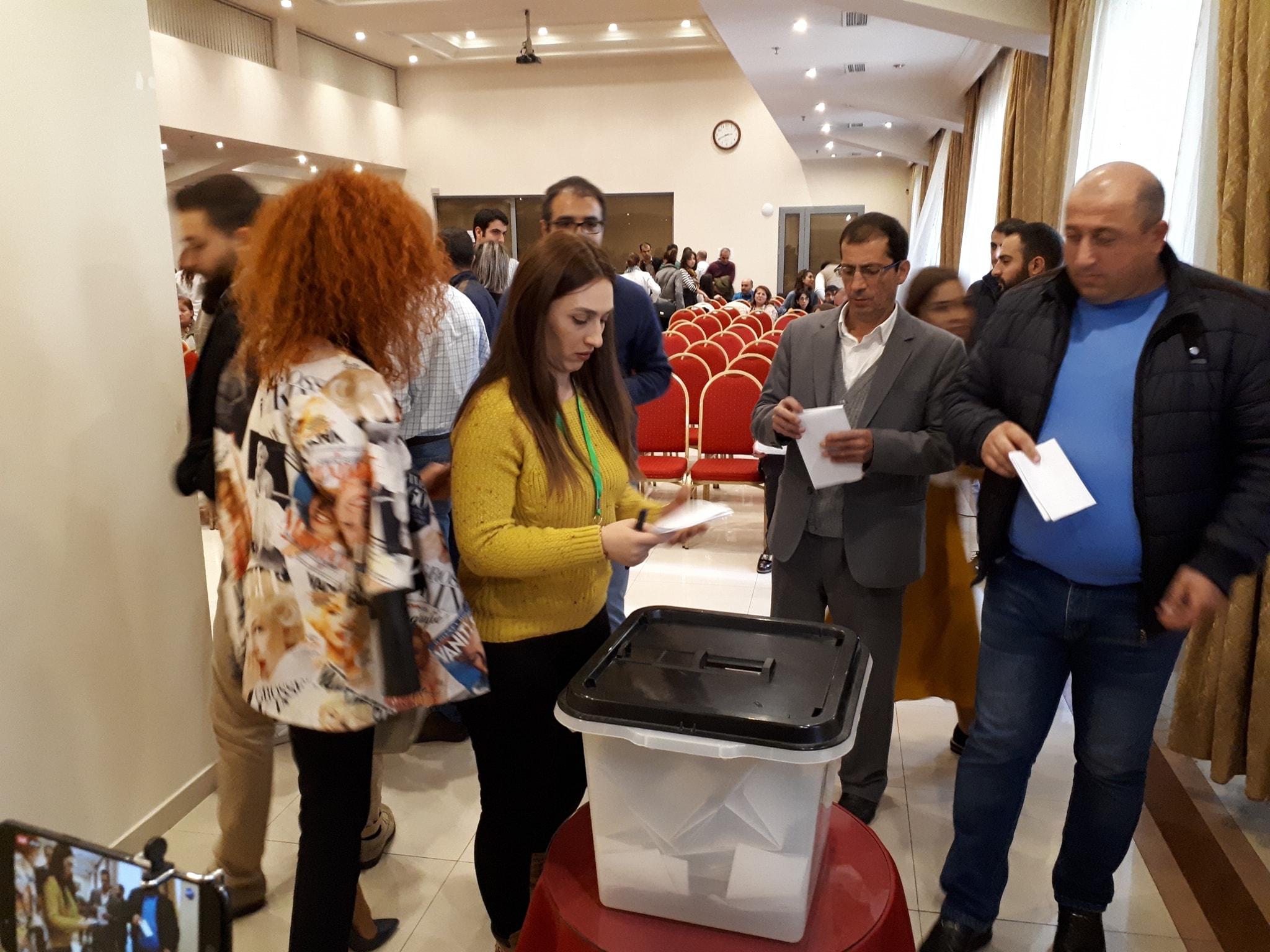 Armenian Prime Minister Nikol Pashinyan likes to present himself as a post-ideological leader, for whom “’isms’ have lost the meanings they used to have.”

But now, ahead of key parliamentary elections on December 9, a new party made of up some of Pashinyan’s activist allies is challenging that notion by injecting ideology – in their case, a left-wing one – into a political culture that has tended to eschew traditional divisions into left and right.

Opinion polls give the party little chance in the upcoming elections. But analysts and party leaders themselves say that its emergence portends an eventual “ideologization” of Armenian politics.

From protest to party

The Social Democratic Party (SDP), also known as “Citizen’s Decision,” was formally created on November 3 with members drawn largely from civic initiatives, social-issue advocacy groups, and the leadership of the various protests of the last several years.

But the origins of the SDP can be traced back to 2012. When the liberal Raffi Hovhannisyan failed in his presidential bid against incumbent Serzh Sargsyan, and Sargsyan’s Republican Party of Armenia established a stranglehold on the parliament, the opposition shifted its tactics and moved away from electoral politics.

The first prominent protest of this period was the sit-in to save Mashtots Park, a major green-space in central Yerevan, from re-development into a trade zone for kiosks. The demonstrations – which featured protesters laying down on the pavement to prevent cement mixers from entering the park – worked, and the government shelved the development plans.

That success inspired new protests and civic initiatives aimed at a variety of issues including the cost of public transit, onerous fines for traffic violations, or the cost of electricity. These protests became a regular feature of Yerevan’s summers, and usually succeeded. Most famously, in 2015 the “Electric Yerevan” protests against a 17 percent hike in the price of electricity saw upwards of 20,000 people occupy the city’s main thoroughfare and forced the government to reverse the price hike.

The activists who would eventually form the SDP cut their teeth politically during these years, often taking on organizational and leadership roles in the protests. “We developed important tactics and methods during those years,” Suren Sahakyan, the secretary of the SDP, told Eurasianet in an interview. “The revolution [that brought Pashinyan to power] was a natural extension of the protests.”

Sahakyan, as well as two members of the SDP’s executive committee, Mikayel Nahapetyan and Garegin Miskaryan, were key organizers of the Yerevan street protests in April. In particular, they liaised between the political forces behind the protests – like Pashinyan – and the civil society groups that formed much of the organizational muscle.

The “slow ideologization” of Armenian politics

The SDP is a natural extension of the protest movement and a mark of its success, said Alexander Iskandaryan, director of the Yerevan-based Caucasus Institute. “This is one of the first steps in the formation of a left-wing discourse in Armenia,” he told Eurasianet. “Initially, the left tried to institutionalize through civic organizations, now it is trying to institutionalize in formal politics.”

This is part of the “slow process of ideologization” of politics within Armenia, in particular among the Yerevan intelligentsia, Iskandaryan said. But he added that the majority of the country remains “without ideology” and as a result the SDP “cannot win in elections, especially in this election. People will vote not for ideas, but for individuals.”

For now, indeed, the politics of individuals rather than ideology reign supreme in Armenia. Still enjoying the halo of revolutionary victory, Pashinyan is on track to lead his party to an unprecedented landslide victory, with recent polls showing levels of support upwards of 67 percent. The SDP also is contending with more established parties like Bright Armenia and Prosperous Armenia (polling in second at 10 percent and third at 9 percent, respectively), compared to which the SDP has comparatively low name recognition and even fewer resources.

The party hopes to overcome those obstacles by “utilizing its activist network in Yerevan and the regions” to raise awareness about the party platform, Gor Hakobyan, a member of the SDP executive, told Eurasianet. Party members have played a key role in the protests against a gold mine in Jermuk, which has built ties with local activists in that region. And in this election campaign, the party has held some small events outside Yerevan, like a march in the city of Charentsavan and a series of small rallies in Aragatson province. But for the most part, it’s unclear how the party will be able to reach out to those rural voters who have remained disconnected from the protest movements of the past decade.

While its short-term electoral prospects may be dim, the party is looking long-term in the belief that Pashinyan’s popularity will not last. “Pashinyan has no understanding of the relationship between the rich and poor,” Sahakyan, the SDP secretary, said. “His claim to be without ‘isms’, without ideology, in this historical juncture means neoliberalism.” The party believes that neoliberalism has been the core, albeit invisible antagonist of the past decade, and that the April uprising raised questions that neither Pashinyan nor any of the other parties “is willing to answer,” Sahakyan said.

A new welfare state for Armenia

For the SDP, the answers amount to creating a new welfare state in Armenia. That would begin with a radical process of economic redistribution that would have oligarchs pay reparations for the “social harm” they have inflicted upon Armenian society and continue with active interventions in the market to ensure “fair distribution of resources and public responsibility for those citizens who do not have the means to ensure a decent standard of living,” according to the party’s official program. That would entail universal healthcare and an expansion of publicly owned medical clinics; free universal daycare, primary, and secondary education, and accessible post-secondary education “in which socioeconomic status...is not a barrier.”

The SDP also advocates progressive policies on gender equality, trade unions, criminal justice reform, and the environment. The party also is trying to distinguish itself from Armenia’s personality-driven politics by devising a governing structure that includes a six-year term limit for any member of the party executive body.

Ultimately, the party sees itself as both the child and the guarantor of the revolution in both its form and its aims. “Our party was born of the revolution,” Sahakyan said. “And we are the only party who can fulfill its aspirations.”