As Armenia-Azerbaijan border tensions spread, where is Russia?

Tensions in the region are as high as they’ve been since the end of the war last year. Is Russia playing it cool, or blowing it off? Post-War Report. 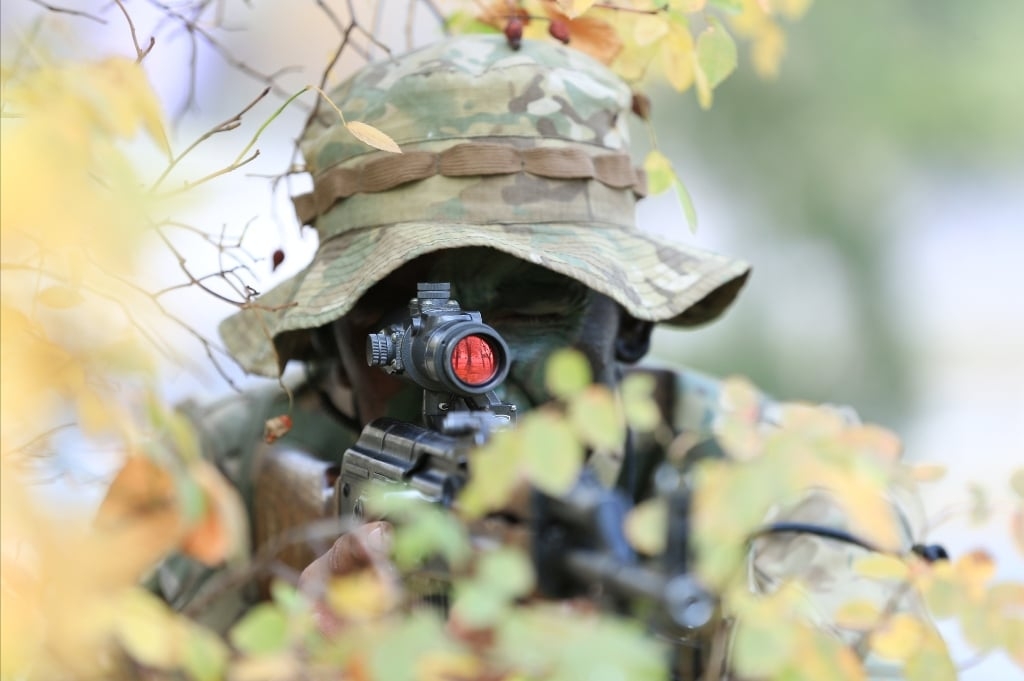 The geography of border incidents is becoming ever broader. (Armenian Defense Ministry)

With tensions along the Armenia-Azerbaijan border continuing to mount and spread, many Armenians are asking: Why aren’t our Russian allies stepping in?

Events along the (not officially demarcated) border between the two countries have accelerated over the last week, with several violent incidents being reported.

The two most serious have been the shooting of an Armenian soldier fully seven kilometers inside Armenian territory (Azerbaijan denied it was involved) and the capture of six Armenian soldiers that Baku said had crossed the border into its territory to lay mines (Armenia acknowledged that they were laying mines, but said it was on their side of the border).

Those both took place along the border of Armenia’s Gegharkunik province and the Kelbajar region of Azerbaijan, over which Azerbaijan retook control in last year’s war. But the geography of border incidents is becoming ever broader. A series of melees between Armenian and Azerbaijani soldiers have taken place over the last week in the area where Azerbaijani forces advanced on May 12, to the south between Armenia’s Syunik and Azerbaijan’s Lachin regions. Although some of the Azerbaijani troops have since pulled back, others remain there, in what Armenians say is their territory.

Armenian residents of Syunik and Gegharkunik report that Azerbaijani forces also made additional forays in those areas. In the town of Sisian, all the male employees of the city administration were mobilized into volunteer defense units.

And although the situation on the ground is calmer in the northern section of the border, fears have multiplied in Armenia that Yerevan may be preparing to give back a few enclaves and slivers of territory they took from Azerbaijan in the 1990s.

With the tension continuing to ratchet up, these are perhaps the most precarious times in the six months since the fighting ended. Fears are mounting over “the risk of a war by accident based on threat misconception and miscalculation by either side,” said Richard Giragosian, the head of the Yerevan think tank Regional Studies Center, at an online forum this week. “Without a return to diplomacy that risk continues to loom large.”

The silence from Moscow, meanwhile, is getting louder.

Russia wears multiple hats in this conflict. President Vladimir Putin is the third signatory of the November 10 ceasefire statement between Armenia and Azerbaijan; as part of that agreement Russia sent 2,000 peacekeeping soldiers to Nagorno-Karabakh to help separate the two sides. Russia also is one of the co-chairs of the OSCE Minsk Group, the body that retains at least a nominal role in mediating a peace agreement. Russia also is a treaty ally of Armenia via the Collective Security Treaty Organization (CSTO), a sort of post-Soviet NATO. And it operates a military base in Armenia, which has reportedly set up outposts in Syunik to help manage border tensions there.

“Reportedly,” because those Russian forces in the region have not been seen or heard from as all this has been going on. While Russian forces were reported to have been involved in the early days of the Azerbaijani advance in the Syunik area, in none of the many accounts of tension along the border since then has there been any mention of Russian forces doing anything.

Diplomatically, too, Moscow has been quiet. There have been increasing calls from Armenia for the CSTO (which is de facto run by Russia) to get involved, but thus far to little effect. At a May 26 session of parliament, Acting Prime Minister Nikol Pashinyan complained: “The speed of the CSTO’s activity is unacceptable to us, but we are continuing to work in this direction, to clarify the positions of our partners in the CSTO. But I want to note that so far the CSTO has not expressed a clear position, has not declared that Azerbaijan should withdraw its forces from Armenian territory.” Pashinyan did report that “on the working level” the CSTO has expressed that clearly, “but publicly it hasn’t.”

Foreign Minister Aya Ayvazyan convened a meeting of the ambassadors of CSTO member states that have embassies in Yerevan – Belarus, Kazakhstan, and Russia – and told them that “the absence of an appropriate reaction to the deadly actions of the Azerbaijani armed forces from the international community, and especially the member states of the CSTO, will lead to a further escalation of the situation.”

Soon after Azerbaijan advanced toward Syunik, Armenia appealed to the CSTO through Article 2 of the organization’s charter, which calls for member states to consult one another on issues of international security. Yerevan has yet to invoke Article 4, the collective security provision which obligates other members to help defend one another, but it was considering doing so, said Ruben Rubinyan, the head of the parliamentary foreign affairs committee, on May 26. “We are appealing on the basis of specific documents, specific articles,” he told reporters. “Taking into account the latest developments I don’t rule out that we will get to Article 4.”

The public response from the CSTO has been demure. The organization’s press secretary said, in response to a query from Russian news agency RIA Novosti about Pashinyan’s comments, that they were “being taken into consideration.”

Azerbaijan, meanwhile, has consistently argued that there is no need for the CSTO to get involved, since it says that everything it is doing is on its side of the border and that Armenia is complaining for nothing. Foreign Minister Jeyhun Bayromov, in a phone conversation with his counterpart from Tajikistan (currently the chair of the organization), said that “there is no justification for appealing to [the CSTO], it is nothing other than an attempt to politicize the issue by the ruling circles in Armenia.”

This is far from the first time that the CSTO is being accused of inactivity. The organization’s collective security provision has never been activated, including when Kyrgyzstan formally appealed for help in 2010. But Armenia has long been the organization’s most eager member, given that among all member states it has always faced the most serious prospect of an interstate war.

There was some grumbling among Armenians during last year’s war that the CSTO failed to come to Armenia’s aid, but in that case the fighting was (but for some small exceptions) limited to what was internationally recognized as Azerbaijani territory in and around Nagorno-Karabakh. If the Armenian claims now are correct (there is a real dearth of independent confirmation of the claims of either side) and Azerbaijan is encroaching on Armenian territory, this is something different.

“This time, the issue is Armenian territory, the ownership of which is not under question,” said Nikolay Bordyuzha, the former longtime secretary general of the CSTO, in a recent interview with Russian newspaper Novaya Gazeta. “The entire international community sees this territory as the sovereign territory of Armenia. According to its own documents, the CSTO is obliged to react in the case of an incursion by the armed forces of another state.”

But another statement by Bordyuzha in the interview had to have given Armenians pause. “We need to take into account that Azerbaijan is a member of the CIS [the Commonwealth of Independent States], which also includes the member-states of the CSTO,” he said. “This ambiguity is always going to exist. To use the collective force against a former Soviet republic is the most extreme measure. We will always strive to resolve the conflict through political means, and that is happening now.”

The notion that Azerbaijan is something of a lesser threat because it used to be in the Soviet Union may come as news to Armenians expecting full support in their fight against Azerbaijan.

Russian Foreign Ministry spokesperson Maria Zakharova also downplayed the border tension, and said that the long-term solution is a formal delimitation and demarcation of the border, which remains unofficial since the two sides never came to an agreement on it following the collapse of the Soviet Union. “Russia is ready to help this [demarcation and delimitation process] in every possible way,” Zakharova said on May 26.

Russia’s relative public quiet could in fact reflect the fact that they are more active behind the scenes; no doubt what we are seeing is the tip of the iceberg. More vocal in their support for Armenia have been other international partners.

The United States representative at the OSCE said on May 25 that: “Military movements in disputed territories are unnecessarily provocative. We expect Azerbaijan to pull back all forces and call on both sides to begin immediately negotiations to demarcate their shared international borders.”

Iranian Foreign Minister Mohammad Javad Zarif, who visited both Azerbaijan and Armenia this week, said in Yerevan that “I … hope that we will be able to find options for solving the situation that has escalated recently. We have stated and again state that the internationally recognized borders and the territorial integrity are our red line.”

In the background of all of this is the Armenian election campaign, in which national security is the top issue. The ongoing tension, and the current authorities’ inability to keep it under control, is no doubt harming Pashinyan and his Civil Contract party ahead of the June 20 vote. That makes it improbable that the authorities are deliberately stoking the tension. At the same time, both Baku and Moscow are likely to be more comfortable with Pashinyan staying in power rather than being replaced by one of his competitors, who for the most part are more hawkish and less committed to the ceasefire statement that Pashinyan signed and which neither the Russians nor the Azerbaijanis want to see undermined. Whatever is going on, it’s going to be a tense next month.