The Armenian-Turkish announcement was the result of months-long negotiations. Was Azerbaijan’s closure of its own border with Turkey a response? 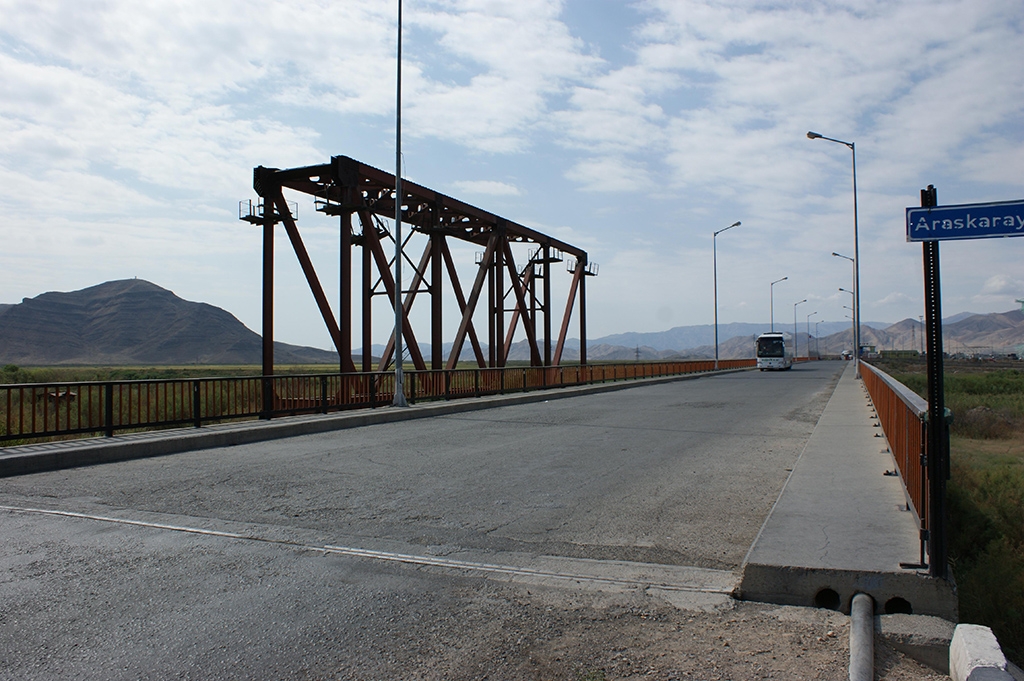 Turkey and Armenia have agreed to partially open their mutual land border, which has been closed for nearly three decades.

The two countries announced on July 1, in identical statements, that they had agreed to “enable the crossing of the land border between Armenia and Turkey by third-country citizens visiting Armenia and Turkey respectively at the earliest date possible.”

The border has been closed since 1993, when Turkey closed it in support of Azerbaijan during the first war over Nagorno-Karabakh.

Following the second war, in 2020, Turkey and Armenia began to explore a process of normalizing their relations. The two sides appointed special envoys for normalization in December and they met for the first time in January.

July 1 was the fourth meeting between the two envoys, Ruben Rubinyan of Armenia and Serdar Kilic of Turkey. After the initial meeting in Moscow each of the subsequent meetings has been in Vienna, with no mediators. The border opening agreement was the first concrete result from the talks.

Rubinyan and Kilic also agreed to commence direct air cargo trade between Armenia and Turkey “at the earliest possible date” and “discussed other possible concrete steps that can be undertaken towards achieving the ultimate goal of full normalization between their respective countries.”

The statement also reiterated the agreement “to continue the normalization process without preconditions.”

The border opening could come soon: In a July 4 interview on public television, Rubinyan said: “I consider it logical that these arrangements should be implemented during this summer.”

The Turkey-Armenia normalization process has been conducted in parallel to another diplomatic effort, negotiations between Armenia and Azerbaijan over a peace agreement to formally end their conflict. That latter process has yet to achieve any results.

While the two processes are ostensibly separate, and Armenian officials insist that they are independent from one another, they have obvious resonances with one another. Turkey is a close ally of Azerbaijan, and Turkish officials regularly weigh in on the Armenia-Azerbaijan negotiations.

“We always state that Armenia now must respond to these well-intentioned approaches and we do encourage these,” Turkish Foreign Minister Mevlut Cavusoglu said on June 20, referring to the talks with Azerbaijan. “We see that the Armenian administration is under pressure by radicals within the country as well as the diaspora outside.”

In the interview, Rubinyan was asked if Kilic had linked the two processes. "No, these two processes are separate,” he said, adding that recent statements by Turkish officials could lead to contrary impressions, “which can not positively affect the settlement process.” Rubinyan also denied that pressure from the protests of the domestic opposition, which get substantial support from the diaspora, was influencing the course of the negotiations.

More questions about the linkage were raised when Azerbaijan, on the same day that Turkey and Armenia made their announcement, said it was closing its border with Turkey.

On July 1, Azerbaijan’s State Border Service announced that it was closing its narrow, 13-kilometer border with Turkey. That was the only one of Azerbaijan’s land borders that had been open; those with Russia, Georgia, and Iran have been closed since the start of the pandemic.

The border service cited COVID as the justification for closing the border, noting that the Cabinet of Ministers had prolonged the “special quarantine regime” in the country until September 1. But that announcement was made on June 20 and did not mention the Turkish border.

The border was closed so suddenly that many Azerbaijanis hoping to cross were stranded there.

The implausible COVID explanation led some to speculate that the real reason was the Armenia-Turkey announcement.

President Ilham Aliyev “couldn’t stand the softening between Turkey and Armenia so he shut the border, just like he increased the gas price for Turkey in 2008” when Turkey and Armenia also were pursuing an ultimately failed plan to reopen the borders, wrote activist Giyas Ibrahim on Facebook. In response to the post, however, many noted that Ankara-Baku ties are much closer now than in 2008 and Baku would have other ways of registering its disapproval.

Azerbaijani pro-government media only covered the Turkey-Armenia announcement as straight news without commentary. In Turkey, too, there was little official comment of the Azerbaijani border closing, with the governor of Turkey’s Igdir district confirming the news and saying they are “trying to understand what’s going on.” Turkey’s embassy in Baku told local news outlet Qafqazinfo that the decision was made by Azerbaijan but did not comment further.

Aliyev has said he favors the process of Armenia-Turkey normalization. “We are talking about the possible opening of the Armenian-Azerbaijani border. If the Armenian-Azerbaijani border can be opened, there is no need for the Turkish-Armenian border to remain closed,” he told journalists in February 2021. “However, this is Turkey's own decision. Azerbaijan does not have any special opinion on this issue. Moreover, whatever happens for the benefit of Turkey, it is also for our benefit.”

While Armenia and Turkey say that the talks are being conducted “without preconditions,” analyst Areg Kochinyan told RFE/RL that Turkey does de facto have one precondition: "The process should be acceptable for Azerbaijan,” he said.