As China ends zero Covid, will Kazakh shuttle traders return to the border?

Kazakhstan was caught off guard by Beijing’s decision to relax coronavirus controls at a trade hub on the border. 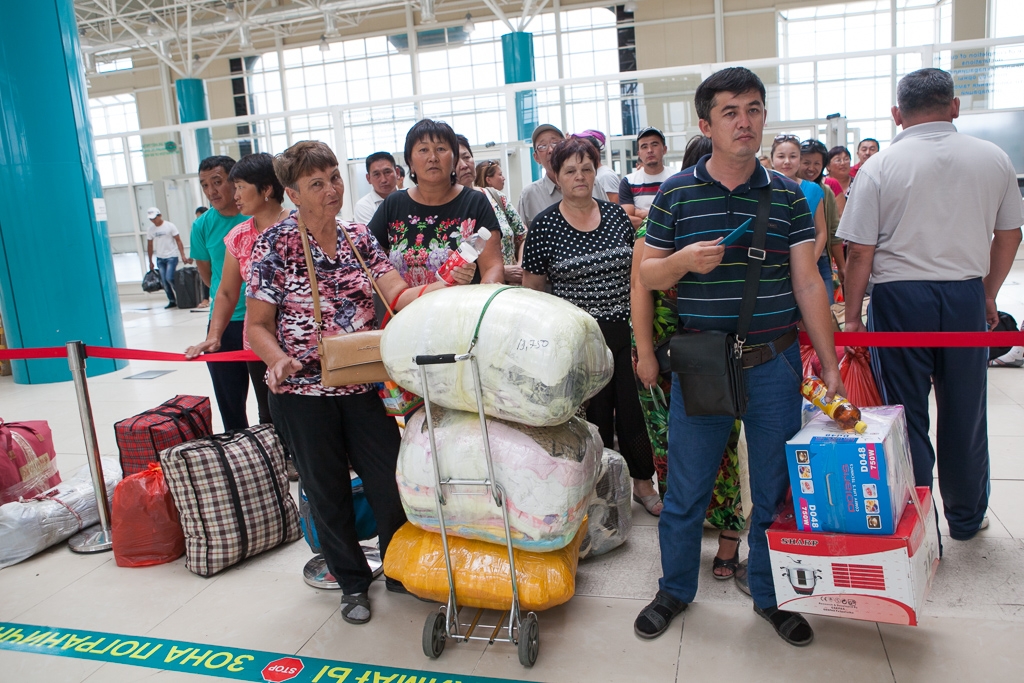 After being closed for three years because of the coronavirus, China has reopened its side of the special economic zone at the Khorgos border crossing, offering hope to petty traders in neighboring Kazakhstan.

Astana, meanwhile, is optimistic that a lucrative investment project with Beijing at the same location is now coming back on the horizon.

Rare and sustained protests across China in late 2022 forced an end to “zero Covid,” the zealous anti-coronavirus campaign championed by President Xi Jinping.

China began rolling back zero Covid in the second week of December and on December 28 announced its intention to reopen its international borders to tourists by January 8, ending a required multi-day quarantine on arrival.

Beijing’s representatives at Khorgos said that the same goes for the Khorgos International Center for Border Cooperation, an economic zone that had become an important hub for shuttle traders. 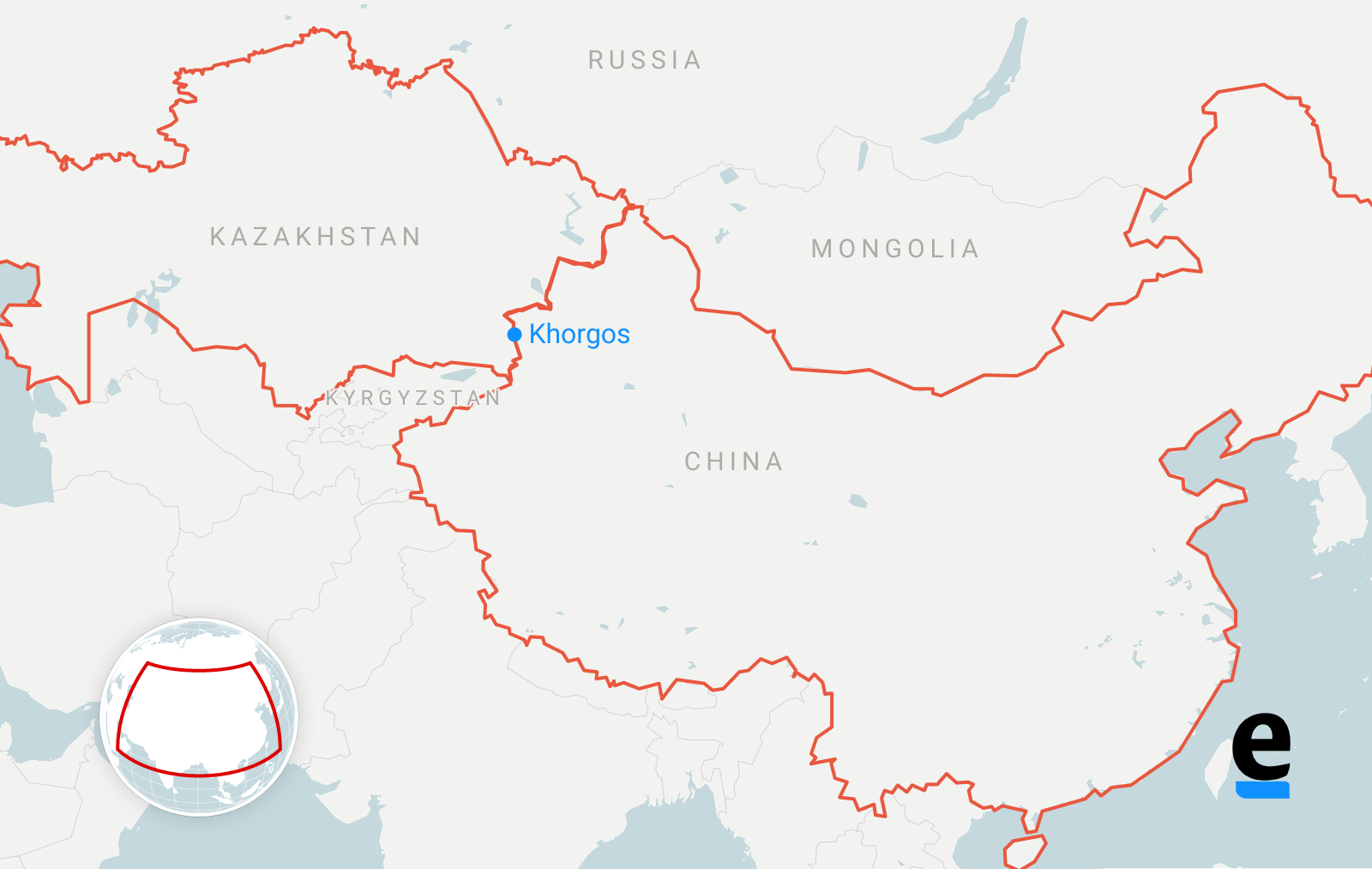 The reopening appears to have caught the Kazakh side off guard, however.

While authorities have said that they see no dangers in the reopening from an epidemiological perspective – even though Chinese cases are, unofficially, soaring – they were simply not ready to open their half.

“Dear readers! Videos are circulating online that carry false information that the ICBC "Khorgos" has resumed its activities as usual. We note that the activities of the ICBC "Khorgos" have been resumed only from the Chinese side,” the center’s official social media in Kazakhstan said in a January 9 statement, adding that work to reopen the Kazakh side at the nearest possible date was underway.

“Yes, why do they need [us] small-time traders. Khorgos works only for the sharks. Nothing for the simple people. They only want to tax us,” one user wrote.

Others moaned that they would likely have to wait at least until February for the ICBC and its shopping zone to open, thanks to the week-long Chinese New Year holiday that invariably sees Beijing close its side of the border.

Formally ICBC rules allow visitors from Kazakhstan to import goods that they purchase on the Chinese side duty free once per month. The goods should be worth no more than 500 euros and weigh less than 25 kilograms.

Kazakh officials conducting press tours of the ICBC, however, have acknowledged privately that the real values are often higher, and so it seems safe to say that the center’s official trade turnover of $135 million for 2019 – its last full year of operations – is an undercount.

For large Kazakh families working in unison, the restrictions on frequency of visits are also easily ducked. The cheap Chinese consumer goods purchased during these runs are resold at a healthy profit all over Kazakhstan.

Beijing has been trumpeting the successes of both its zero-Covid policy and its reopening, despite all evidence suggesting that the latter would not have taken place without widespread popular opposition to lockdowns after three years.

On January 9, government mouthpiece Xinhua published a story on the reopening, including what it said was an interview with a Kazakh businessman, Belik (likely “Berik”) Zhanuzakov.

Zhanuzakov told Xinhua he was glad to be doing business with his Chinese partners “face to face” again after working at a distance for so long.

"It's convenient to take an international intermodal bus to China after the resumption of the customs clearance,” it quoted Zhanuzakov as saying.

Despite the end of multi-day quarantines, visitors with business visas still must provide a negative PCR test to enter China. Vehicles also must meet ‘international standards’ – a conveniently vague filter.

China’s coronavirus restrictions and other bottlenecks on that side of the border have been a major blow to small and medium enterprises in Kazakhstan since China went into lockdown in early 2020.

Kazakh importers of freight via rail have complained that they have seen the sharp end of the delays with preferences given to cargo transiting Kazakhstan en route to sanctions-struck Russia and Belarus.

Kazakh president Kassym-Jomart Tokayev spoke about these problems in October and argued for improved digitization at two of Kazakhstan’s border crossings with China as a means to reduce waits.

For exporters, he promised a new laboratory accredited to Chinese standards.

Ultimately, the pace of progress towards a pre-pandemic normal at the border will depend on China.

So too, will work on joint investment projects at Khorgos, for which Kazakhstan’s government has high hopes.

Beibit Isabayev, the local Kazakh governor, on December 8 signed documents for the resumption of construction for a project called “Kazakhstan-Chinese International Industrial New City” which will be located in the special economic zone.

Back in November, Isabayev had complained in a video call with the project’s Chinese director Yi Fajun that despite beginning in 2020, “the main work on the industrial park construction project is less than 10 percent completed and is currently suspended” due to the coronavirus restrictions.

Isabayev said that 34 firms had already registered as participants in what is officially described as a “techno park.”